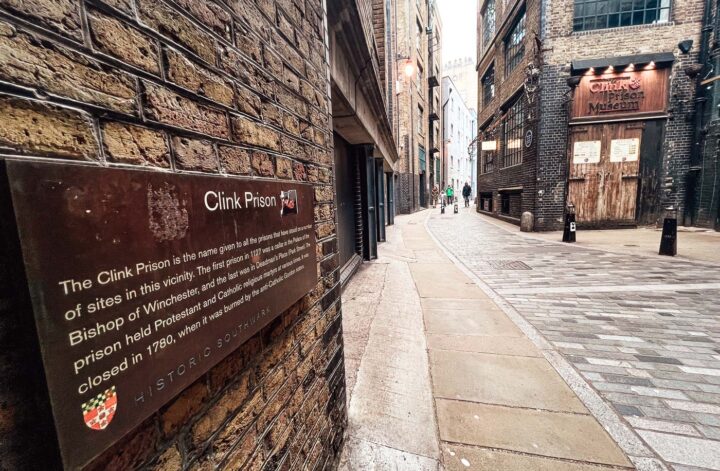 Just a few steps from Borough Market is another must-see sight for any tourist exploring the heart of London Bridge. The history of the clink prison museum dates back to the 12th century.

It was owned by the Winchester bishops, who used it as a cell for prostitutes who had gone against the bishop’s rules. But how did it come to be? In 1127, the Bishops of Winchester were granted an estate to develop.

They were also granted privileges that allowed them to sentence or punish wrongdoers. This is how prostitutes started getting their punishment and sentence in the house. 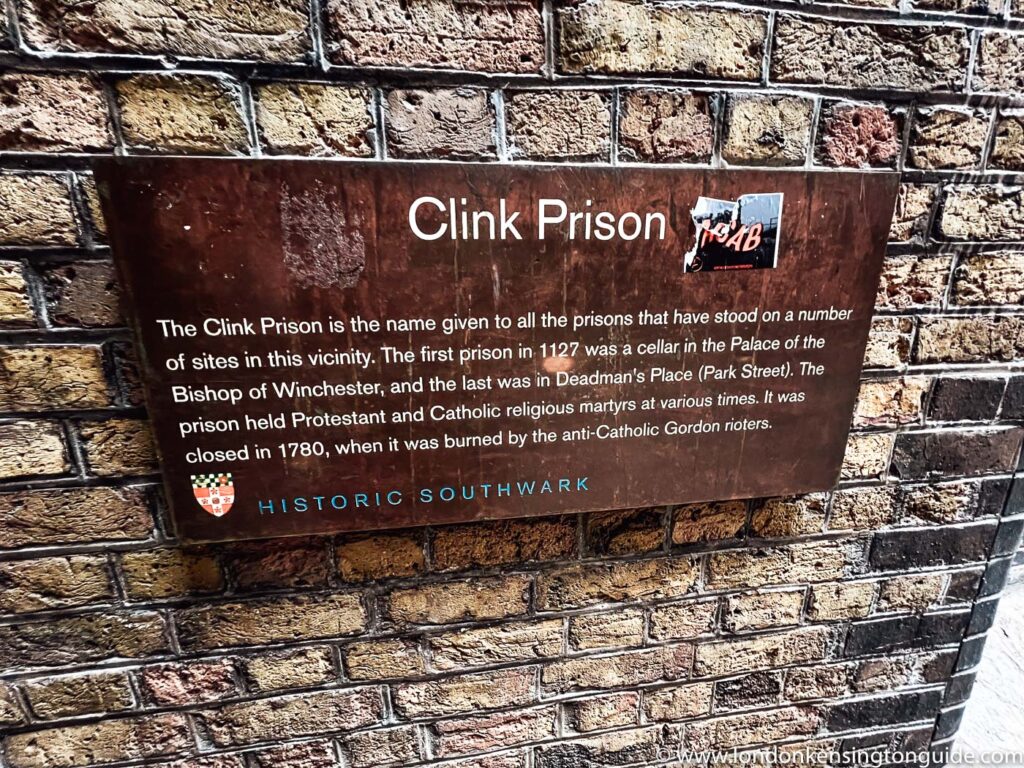 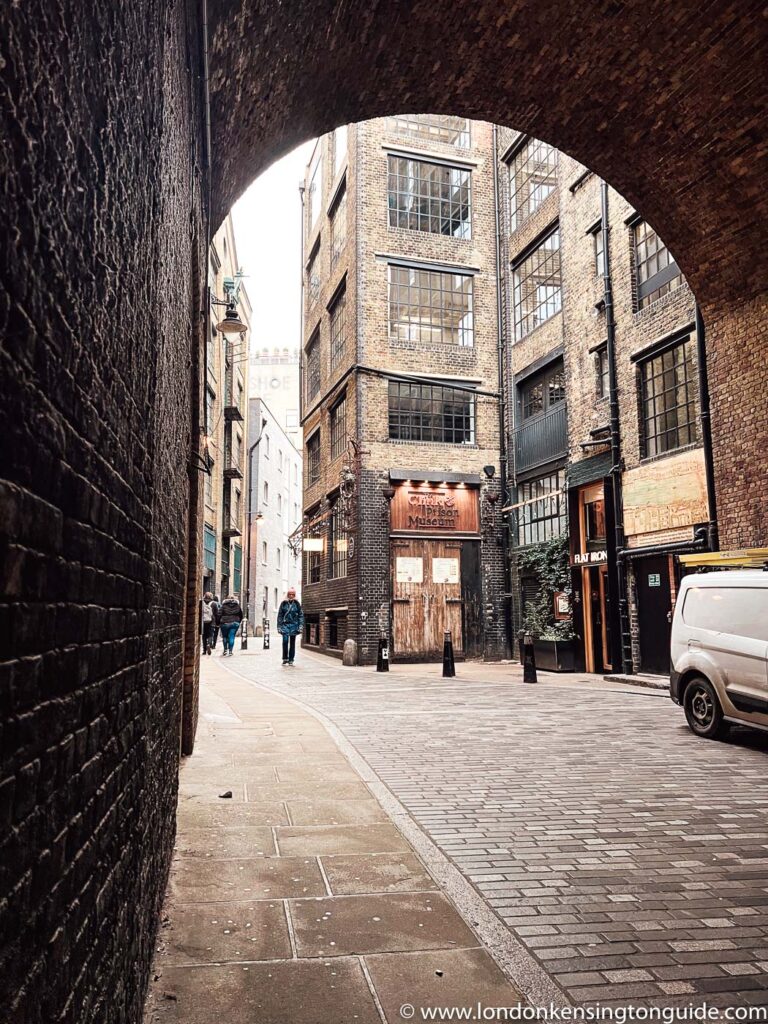 Later in that century, a deep hole was dug in the Clink, and a particular stool was installed. Before long it became common practice for prisoners to be on the receiving end of harsh treatment. Although the Clink prison was not expected to be a good place, things worsened, and prisoners started receiving incredibly cruel forms of treatment.

Although the origin of the name Clink is not well known, one theory suggests that it came from prisoners clinking on chains. Another explanation is that the name came from the nails used on restraints.

It is believed that nothing much happened until the 18th century. In around 1780, the prison was burnt down following the Gordon Riots. After that, it was rebuilt before burning down again in 1814. Only one wall and window are left close to the entrance. 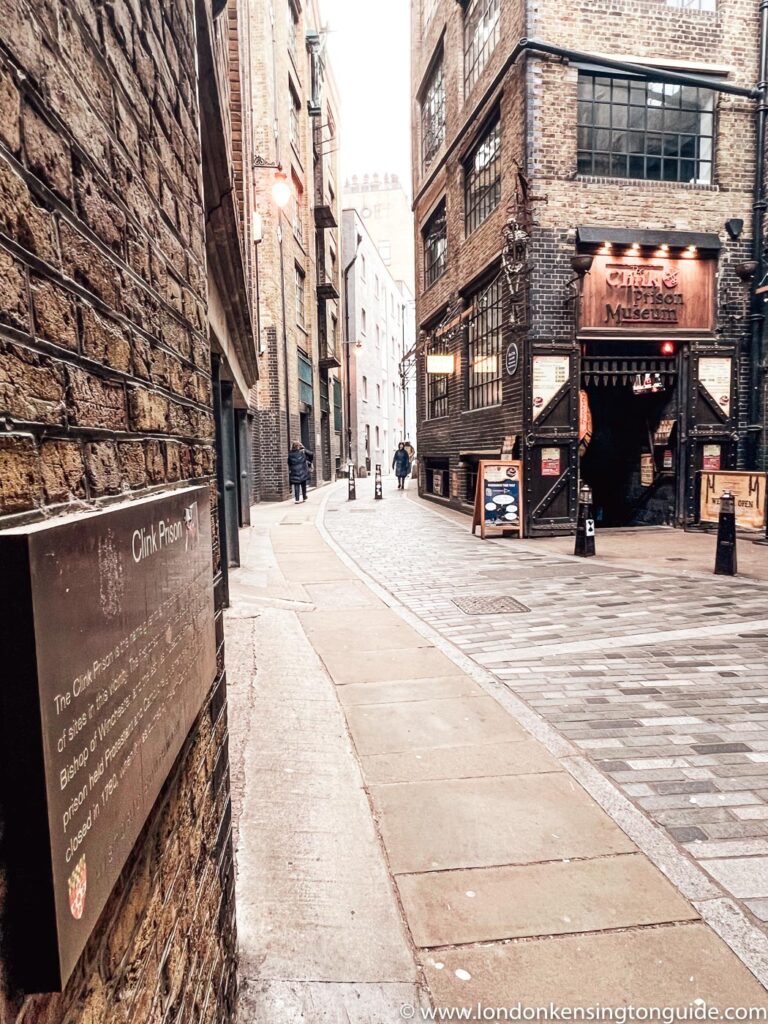 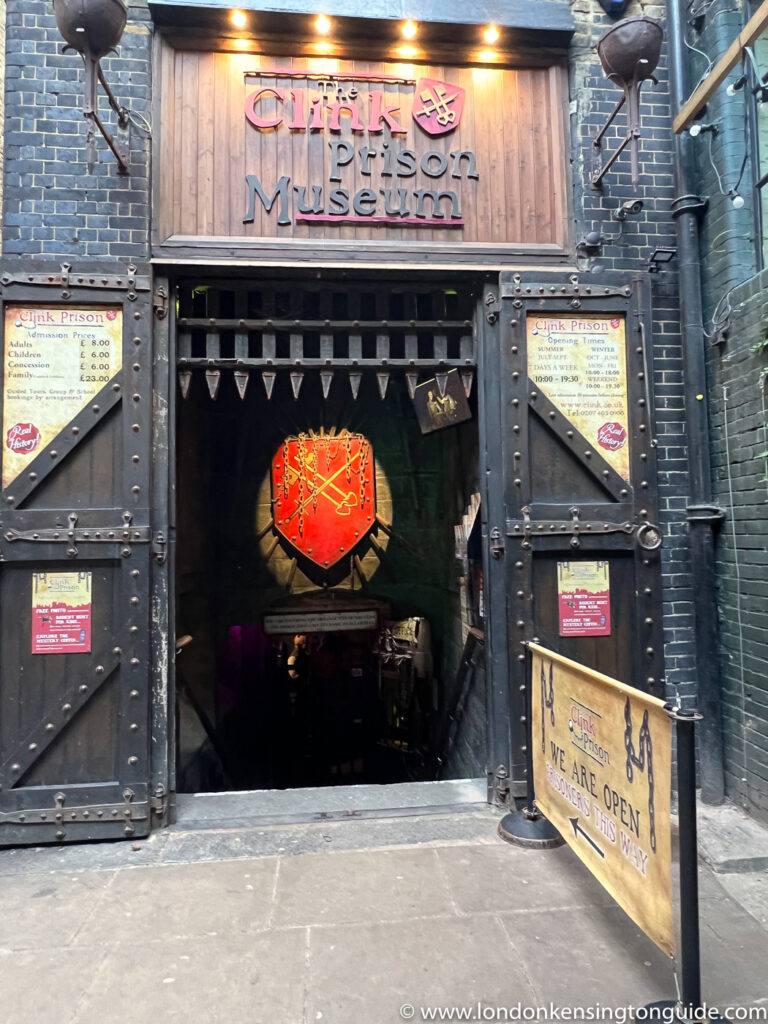 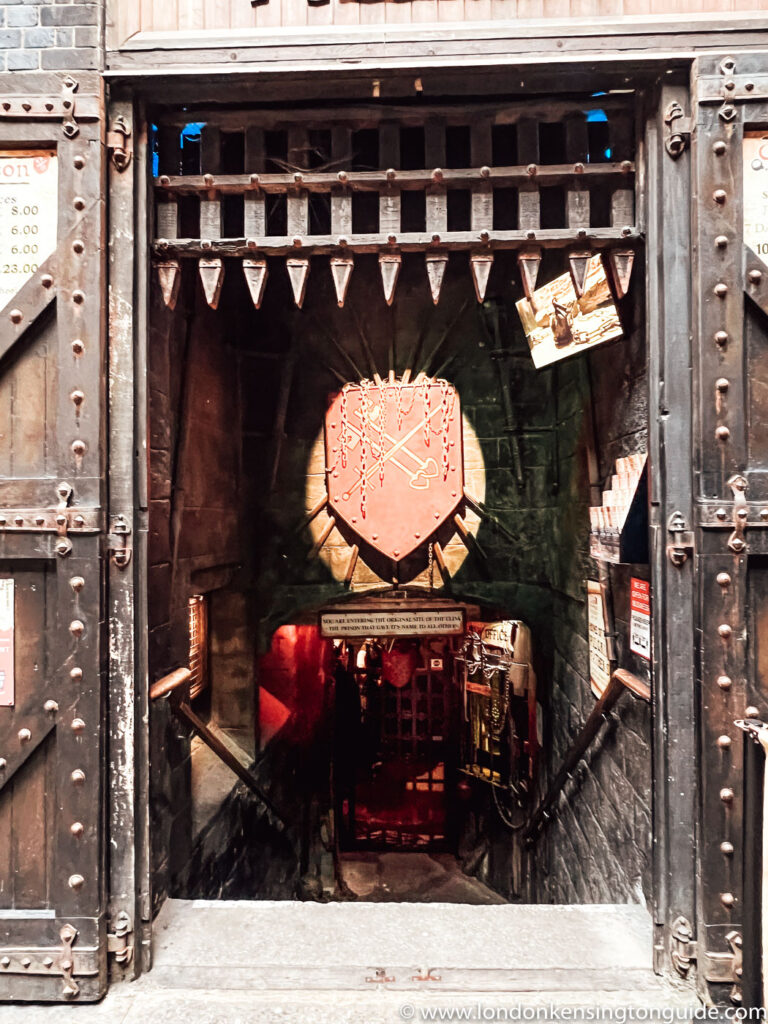 The museum offers among the most unique of experiences compared to other London museums. Be sure to also take a picture of yourself behind bars.

Tickets for Clink Street can be purchased directly from the museum which also offer guided tours. Tickets for adults are £8.80 and for children are £6.60. For a family of 4 with two adults and 2 children under 16, you can buy a family ticket for £25.30.

Things to Do in The Clink Prison Museum

There are plenty of things to see and do nearby Clink Street Museum, from grabbing a drink at the famous Anchor and Hope pub that is just a few meters from the museum, to checking out the Golden Hinde, Sky Garden, Garden at 120, Monument to the Great Fire of London, Southwark Cathedral in addition to the below:

Shakespeare’s Globe is a world-renowned theatre on the bank of the River Thames. It is also a cultural landmark and education center. Apart from enjoying concerts and films, it is also a place where you learn a lot. The place has a rich history with some cultural touches. 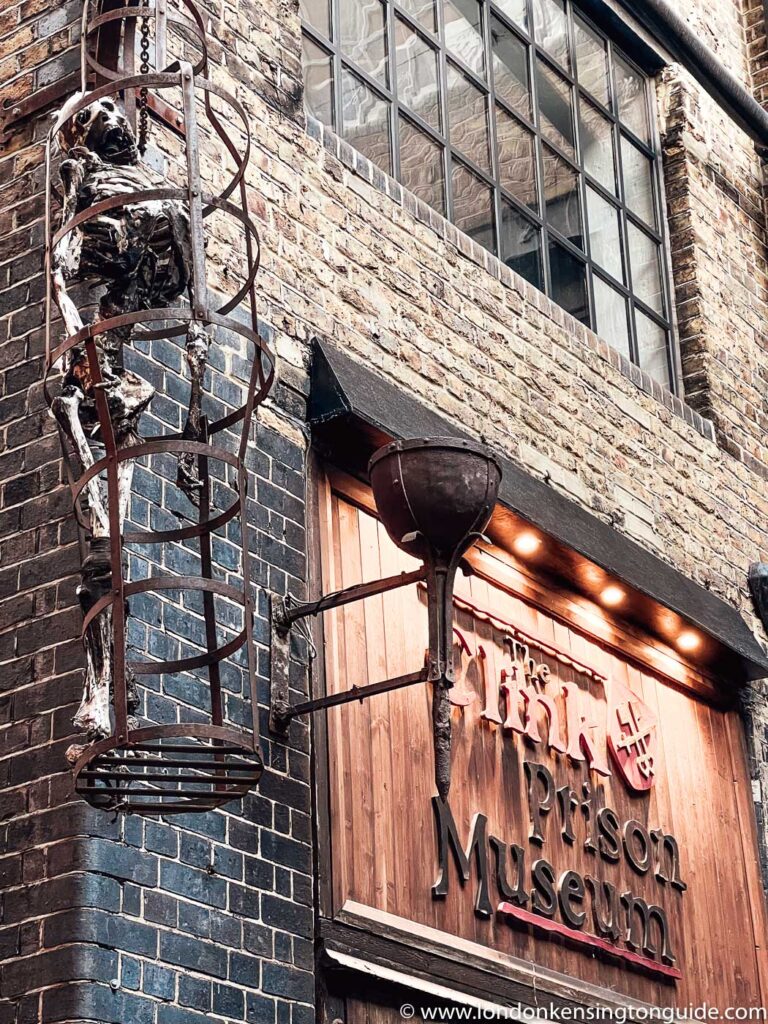 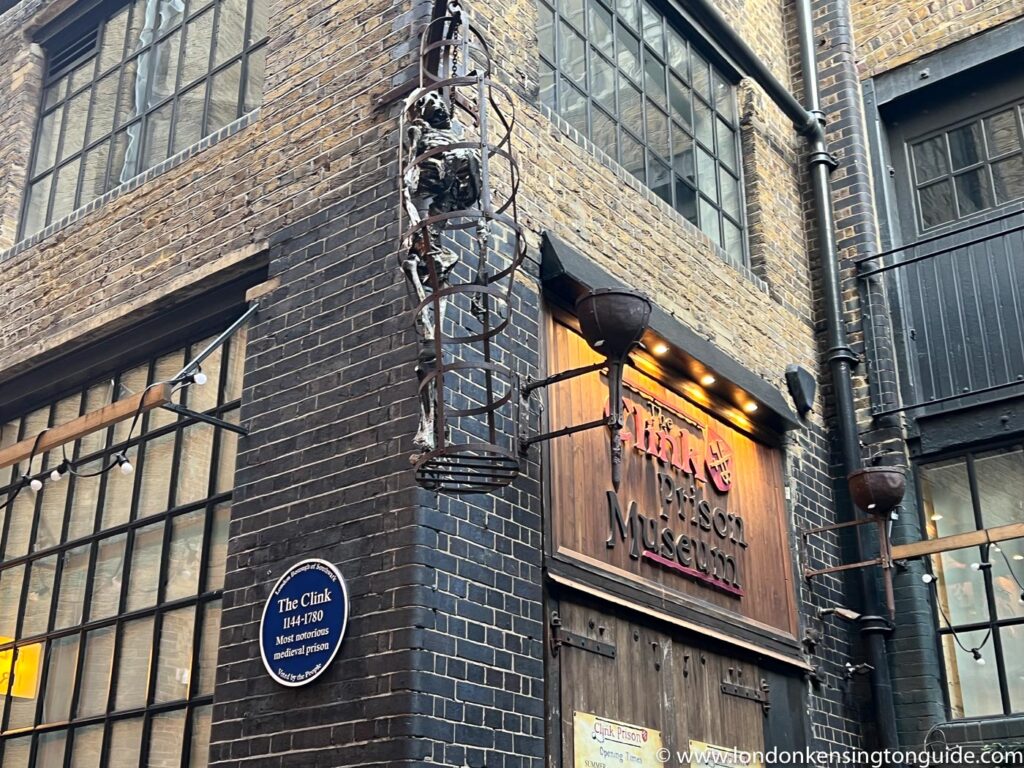 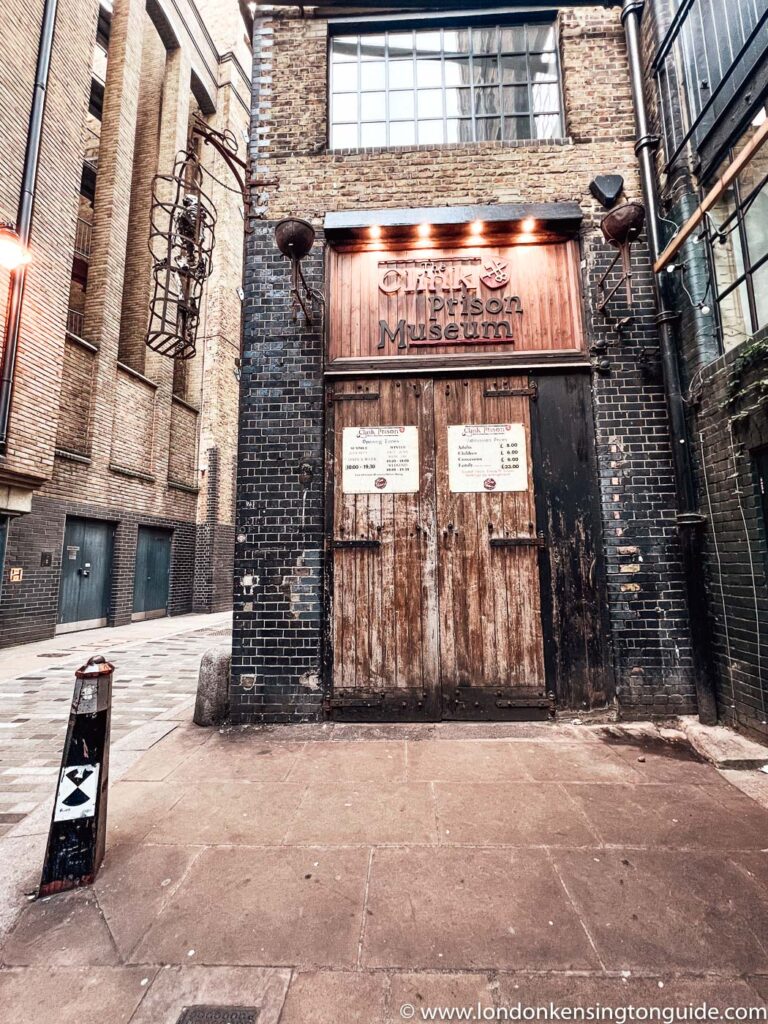 Borough market has many things you might be looking for. There are plenty of stalls, and stores offering everything from breakfast, lunch and dinner options to groceries items as well as gifts and kitchen accessories.

The market is arranged systematically to help you out while shopping. For example, vegetables are found in one area and meats in another, making it easy to identify whatever you want.

There are bars in Borough Market, cool dessert stalls, as well as cheese stalls not to be missed in addition to plenty offering delicious food from around the globe.

The Shard is home to London’s best hotel rooms at Shangri-La, restaurants with amazing views, and offices. One thing that stands out is the breathtaking views from the Shard. You can explore and see most parts of London from this building.

This is a historic warship and museum. It is one of the best places you can take your kid to enjoy stories of life on board. HMS Belfast is famous for playing an essential role in protecting Russia’s supply route and arctic convoys during the war. 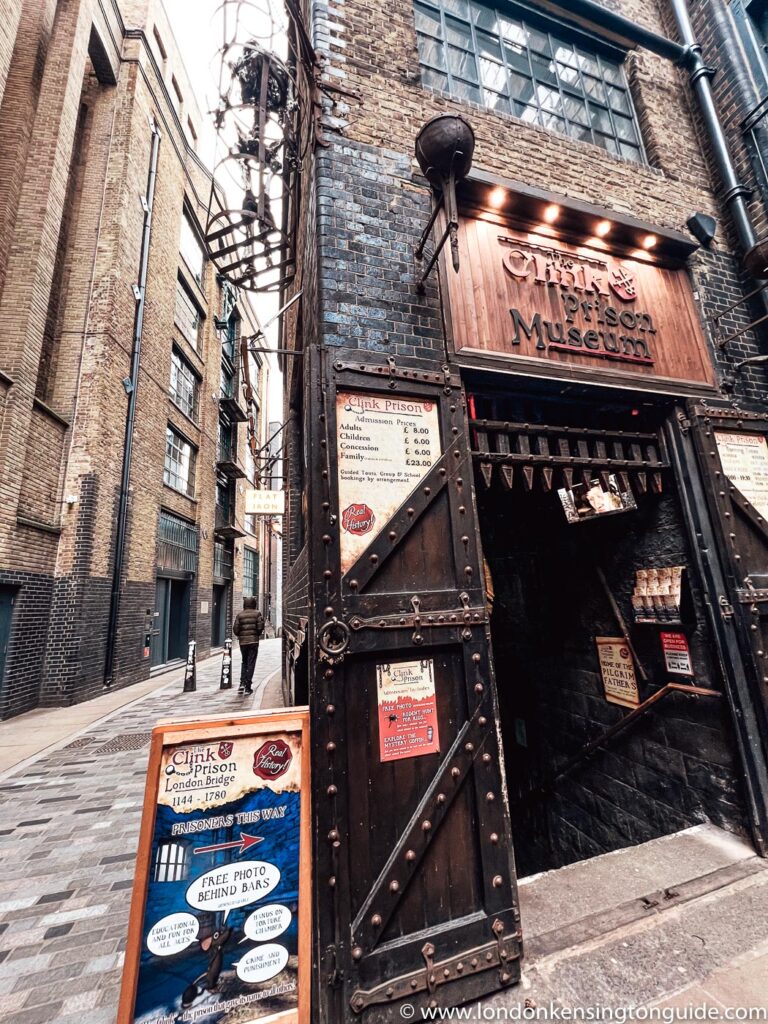 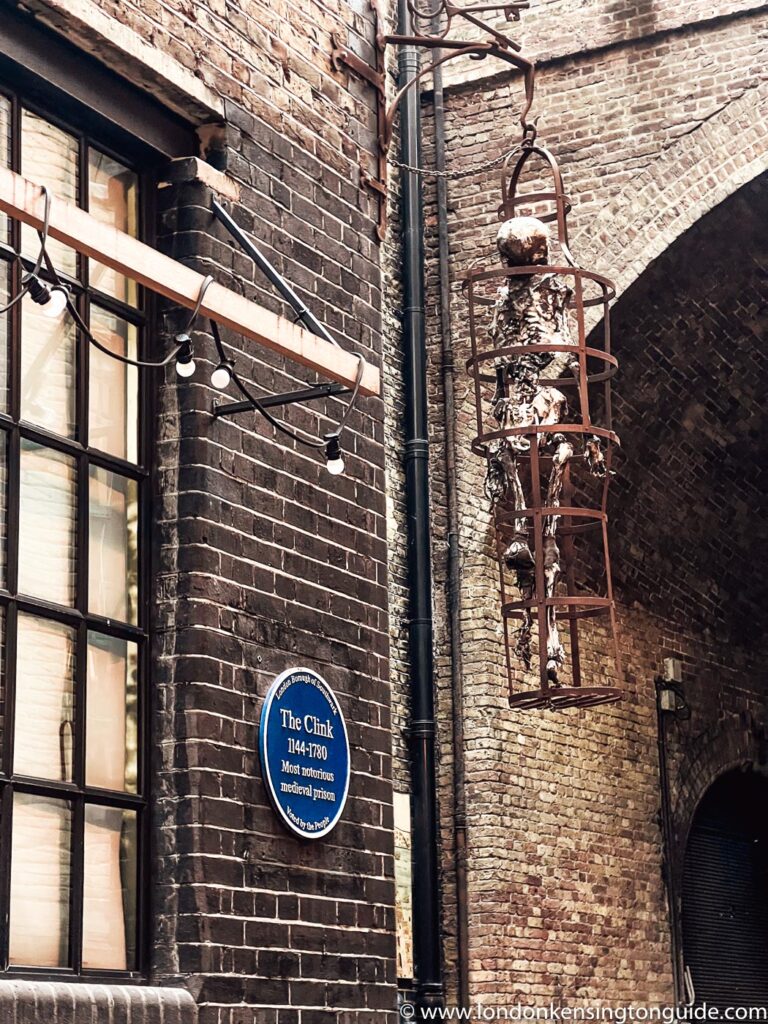 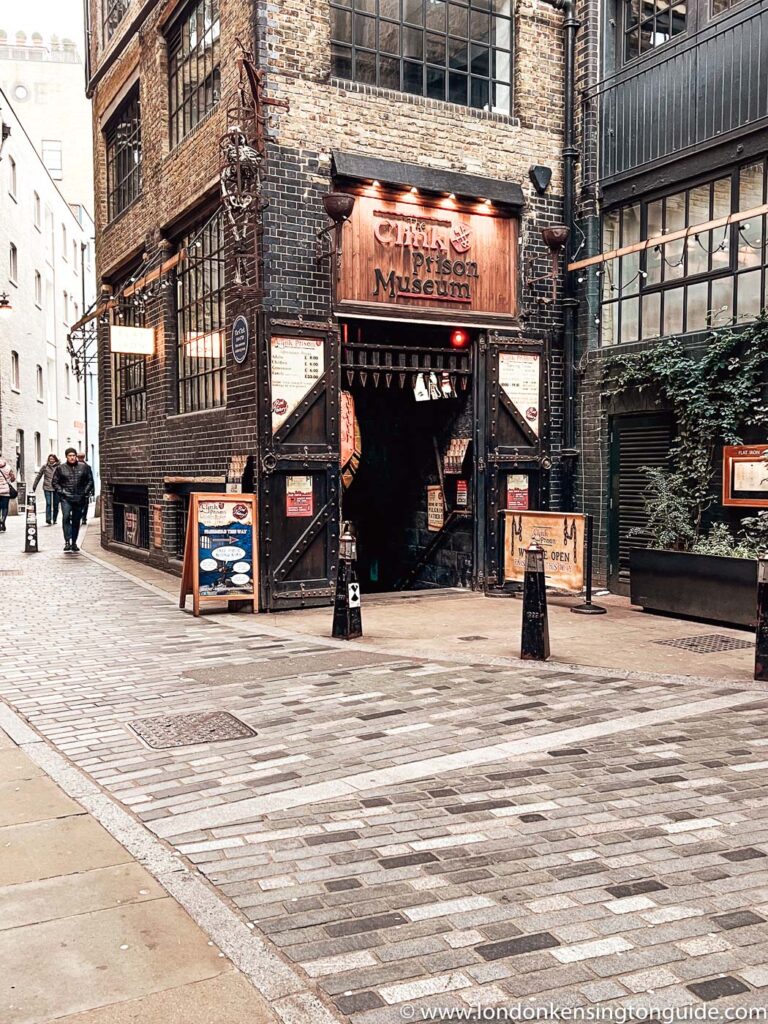 Tower Bridge is one of the best places to visit if you want to get breathtaking views of London. It is a high-level walkway that offers panoramic views of London through the Glass Floor. Purchase tickets, but you can also get them on-site.

Tate Modern is an art gallery that has existed for over a century. The building has been standing since around early 1900, the gallery houses the best art centuries old to exciting works created recently.

There is no need to book since entry to the Tate Modern art gallery is free. Booking is only for exhibitions, but you can still purchase your ticket at the ticket office.

St Paul’s Cathedral is a must-see when visiting London. This Anglican cathedral in London is among the oldest. It has one of the largest domes at about 366 feet high. Ticket entry for St Paul’s is £18 for adults and £7 for children, giving you access to historic galleries, domes, and tombs. 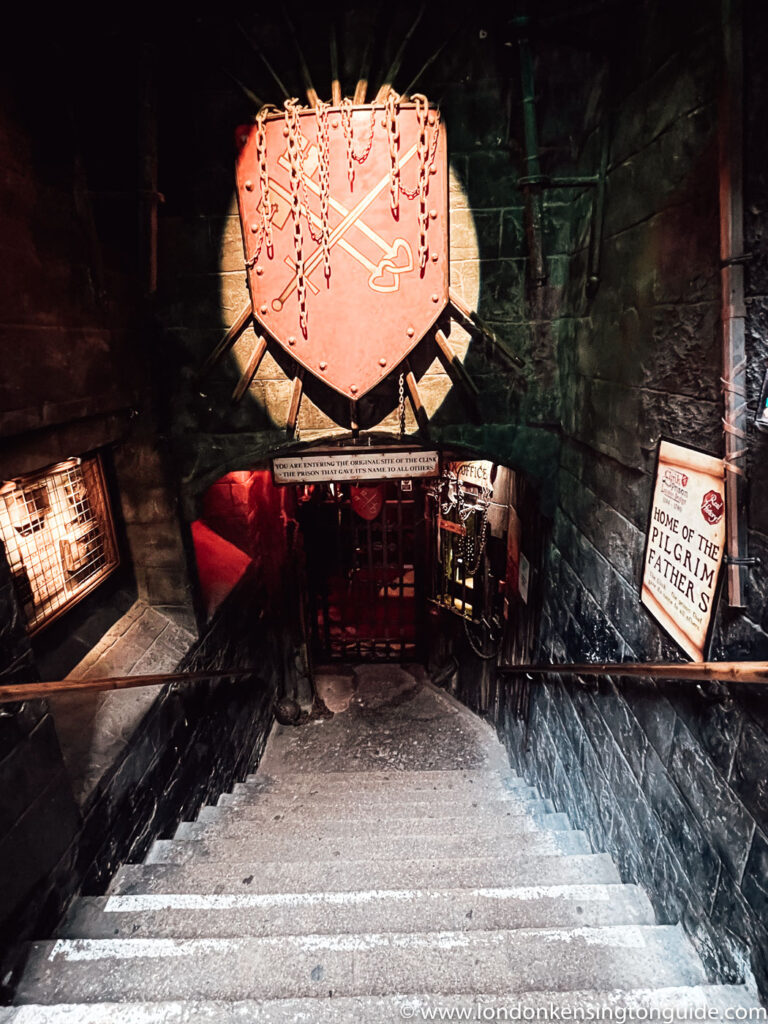 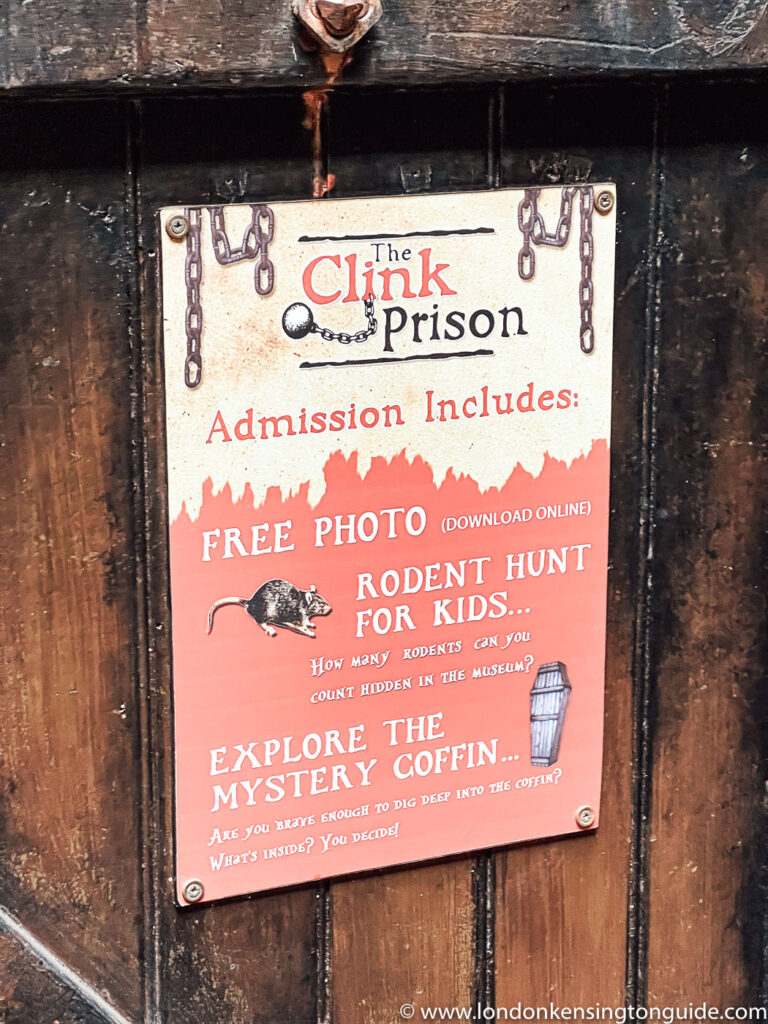 This is not an ordinary bridge, given how it was constructed and how it looks like. It helps people cross the River Thames, but the exciting part is how it suspends. Walking through the bridge is a unique experience you will not find on many bridges.

Winchester Palace is one of the oldest palaces in the world. That was built in the 12th century. Initially, it served as a townhouse for Bishops before being destroyed by fire in 1814. Fortunately, part of the building is still standing for people to see. A perfect sight to include among free things to do in London.

This is a digital gallery that allows you to buy art online. The art is affordable, high quality, and authentic from over 200 artists. You can also physically visit the gallery to see the art before purchasing online. 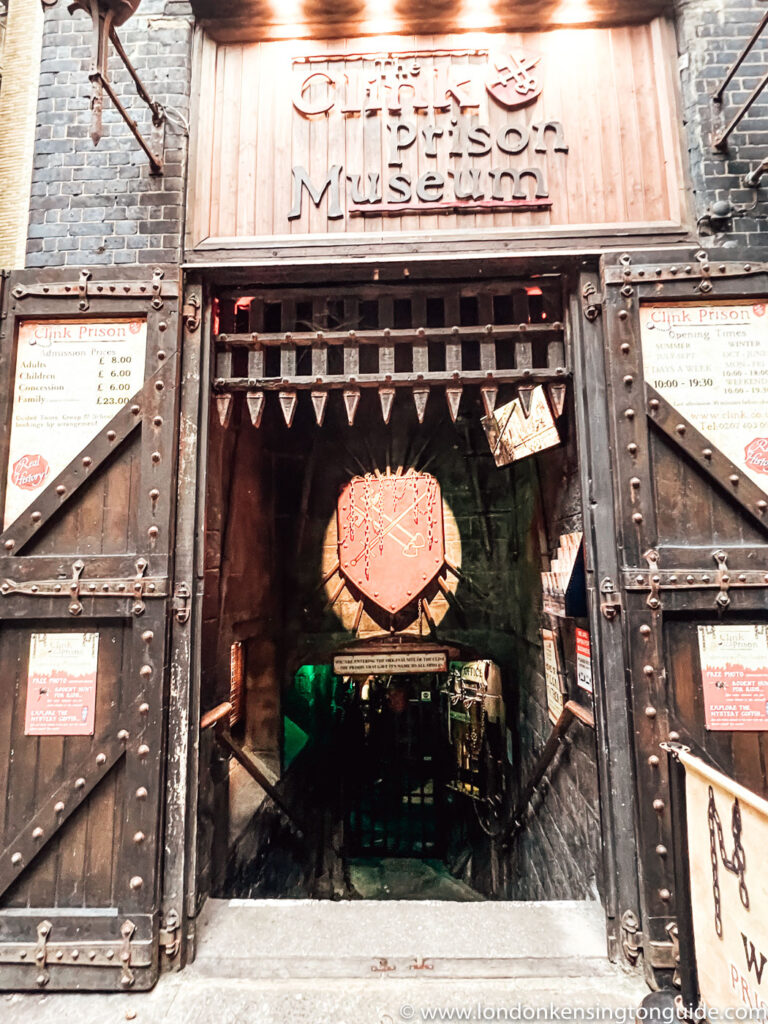 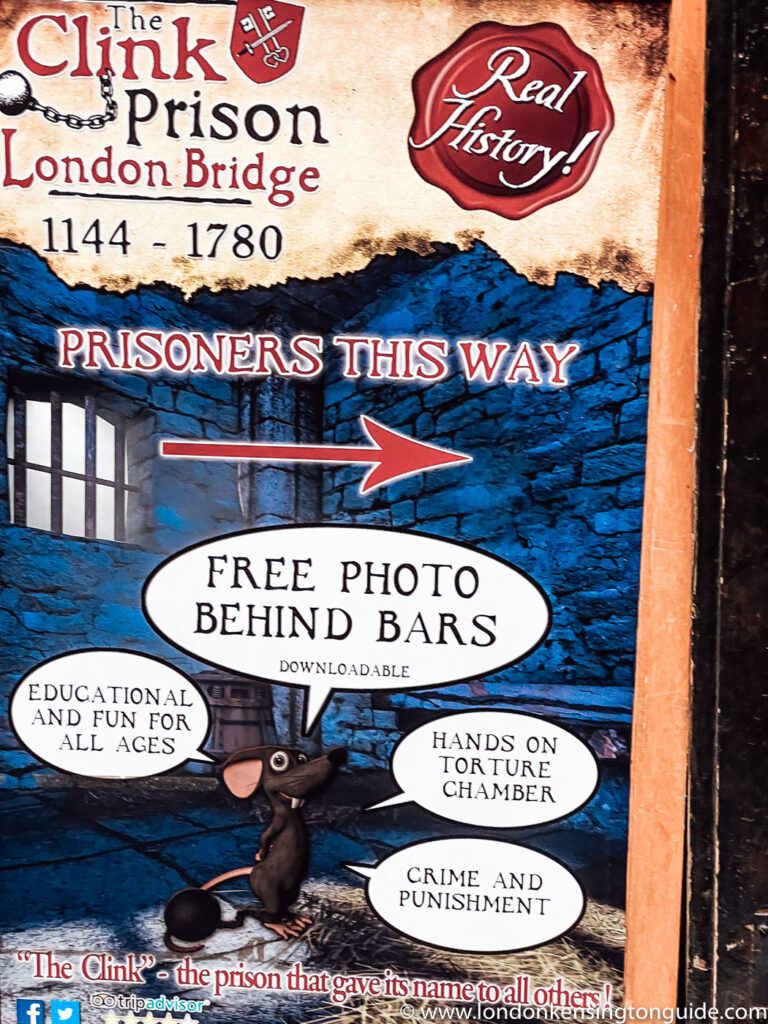 How To Get To Clink Prison Museum

The nearest Station is London Bridge Station although you can also walk from Monument or Blackfriars stations. Its a short walk from London Bridge station. Refer to the map below for directions. 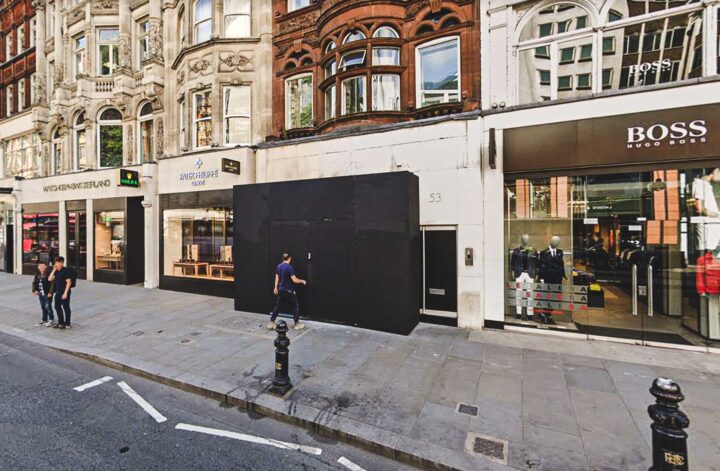 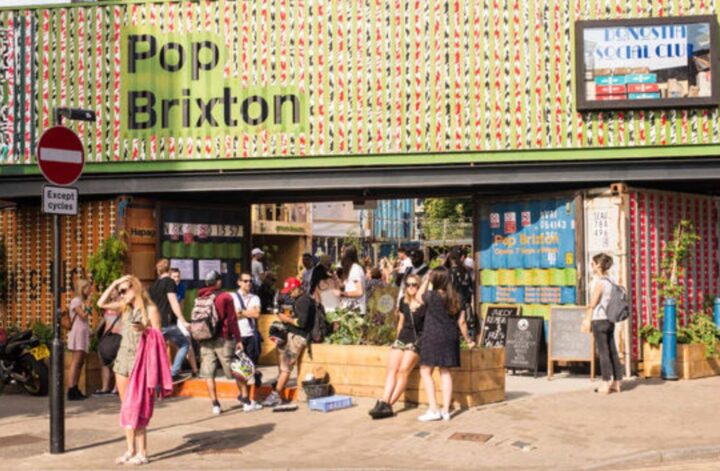 Cool Things To Do In Brixton 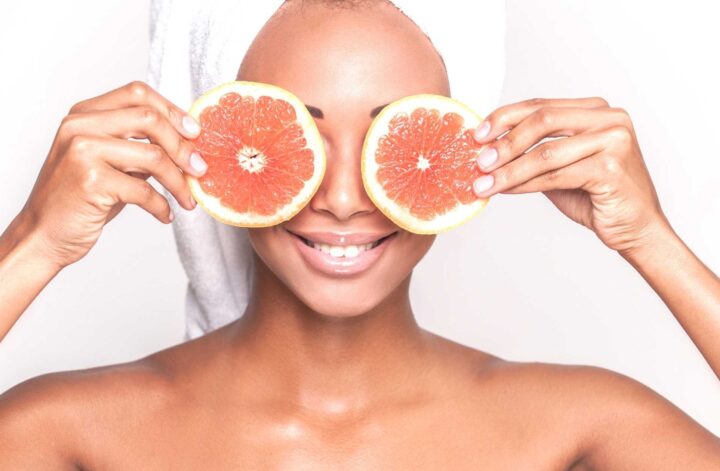