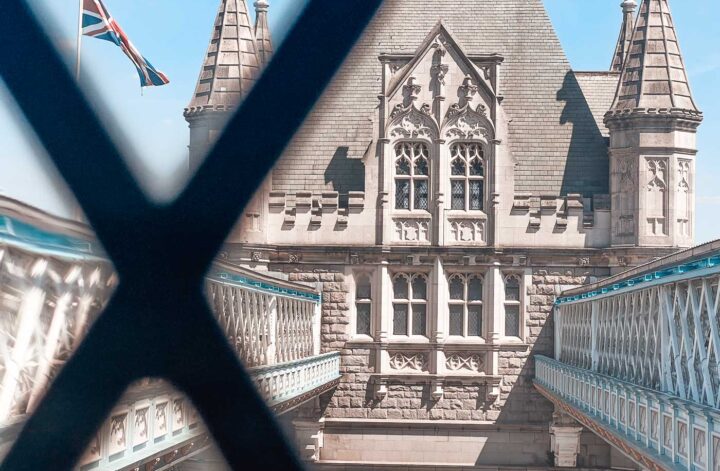 You cannot tell me you have visited London if you have not seen London’s Tower Bridge. This beautiful landmark is visited by millions of people every year and is only a few minister walk from where I live but surprisingly only managed to visit the glass floor this year. With my sister visiting from the US it was time to play tourist and head on to check out the glass walkway of Tower Bridge.

It’s crazy how long it’s taken me to visit the glass walkway considering I live only a few minutes walk from Tower Bridge. I guess it’s easier to take what is close by for granted.

The glass floor and windows on the walkway provide some of the best views in London. A thrilling way to see this famous monument is by taking to the glass walkway, which is located on the top of Tower Bridge.

The walkway is constructed of transparent glass panels that hung over the Thames and with that providing the most breathtaking views of the river and city.

Both the two walkways on Tower Bridge have glass floors so you never know which side of the bridge you will end up on once you have paid for your tickets. We were ushered to the East walkway during our visit. 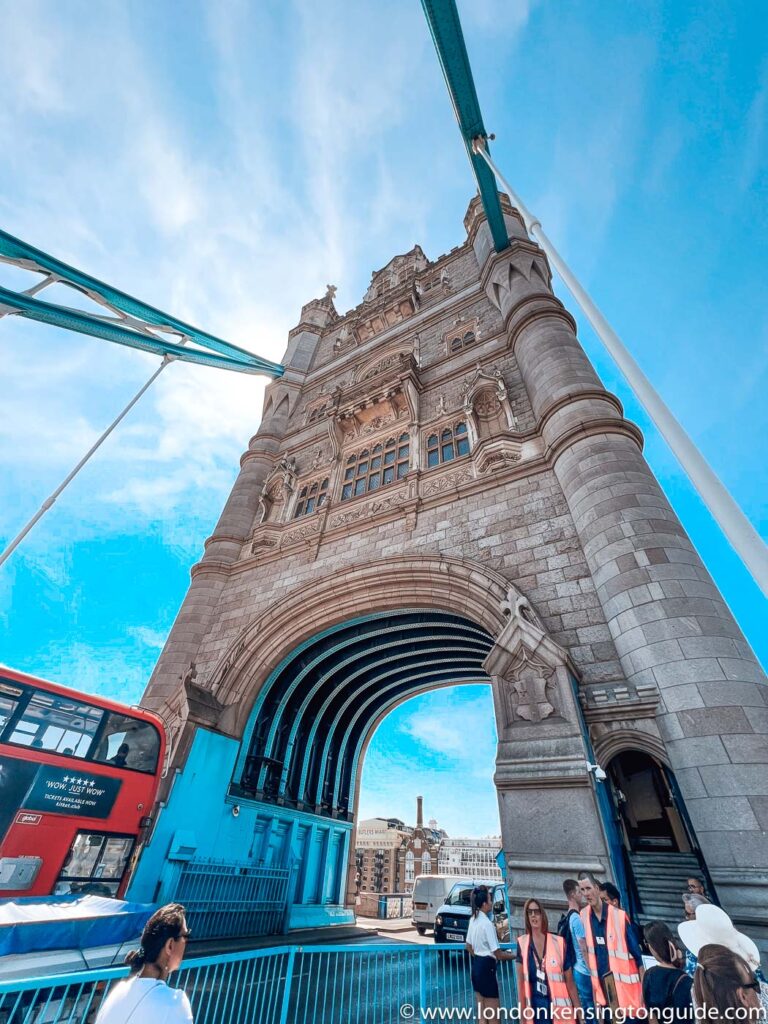 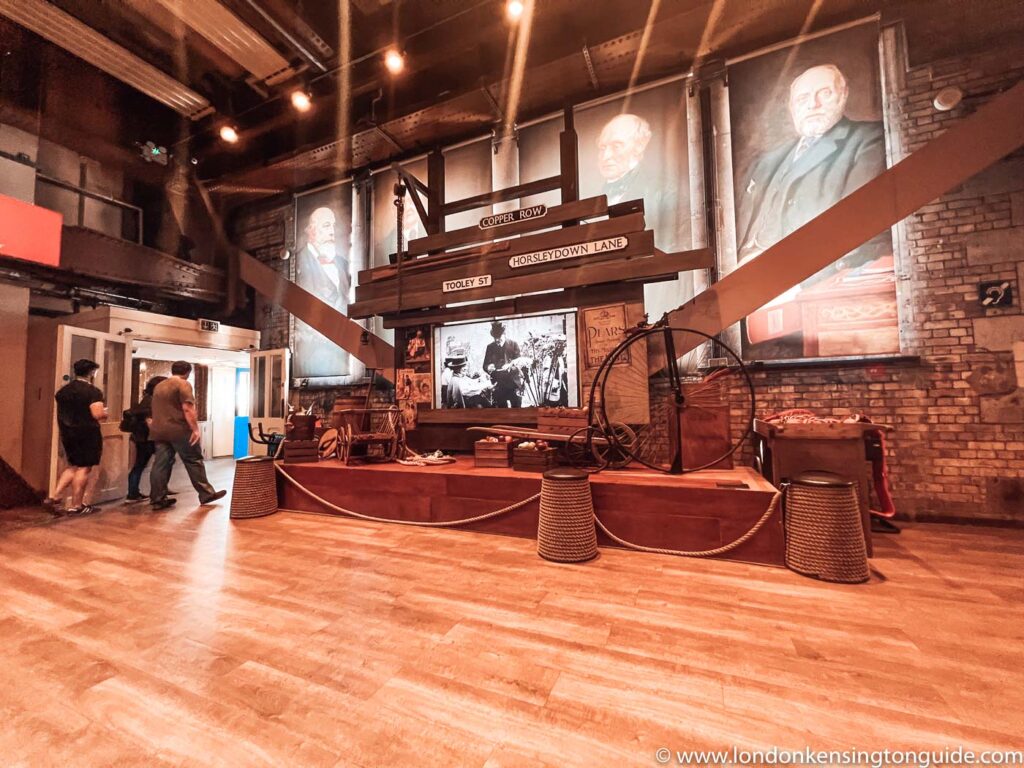 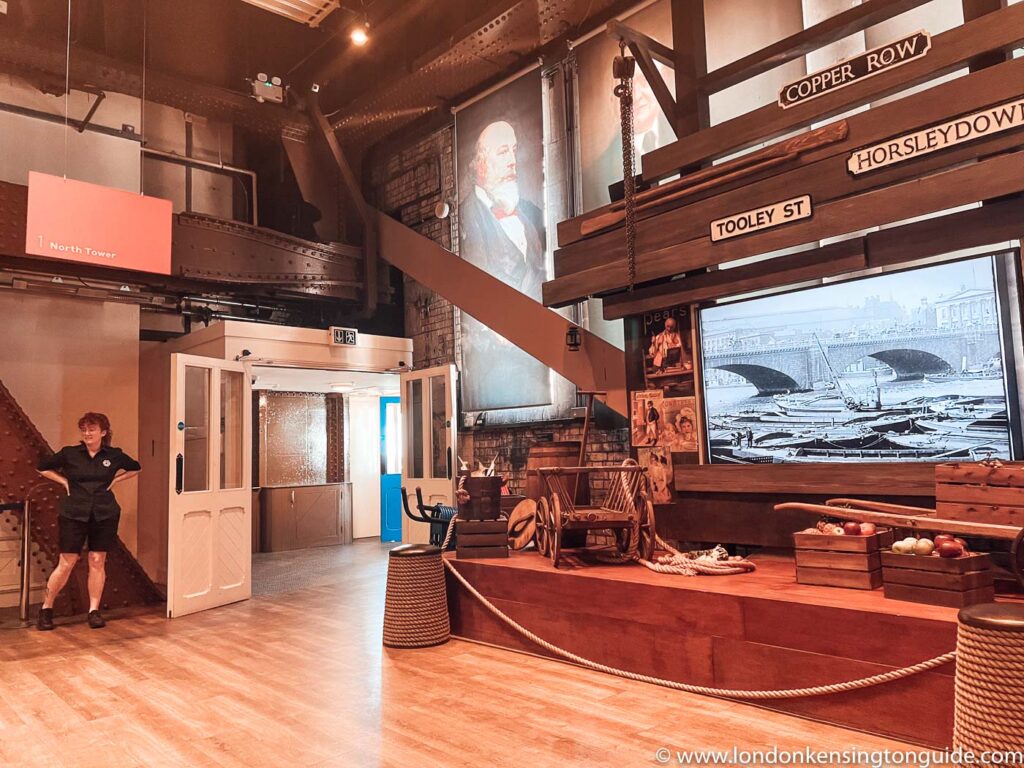 Since opening in 2014, Tower Bridge’s glass floor walkway offers a stunning way to really appreciate the grandeur of Tower Bridge and the views across London.

You don’t need to make reservations in advance and the attraction is suitable for all ages. Over the spring holidays, I bought tickets for my brother, his two kids, and my other nephew from my sister.

I booked them in on a mid-morning entry ticket and just by pure luck there was a big boat coming through. This meant the bridge walk was due to open that morning.

The kids had an absolute field day! They love the experience and the bridge opening from right under their tiny feet just blew their little socks off.

From the walkway, you can see some of the city’s famous landmarks such as the Shard, the Tower of London, the Shard, and the Gherkin. Whatever your plans for the trip to London, or to be more specific,  your London itinerary you simply cannot leave the city without seeing Tower Bridge.

See also  Fun Things To Do In Covent Garden

For additional inspiration also see tips on things to do in London Bridge which is near Tower Bridge. 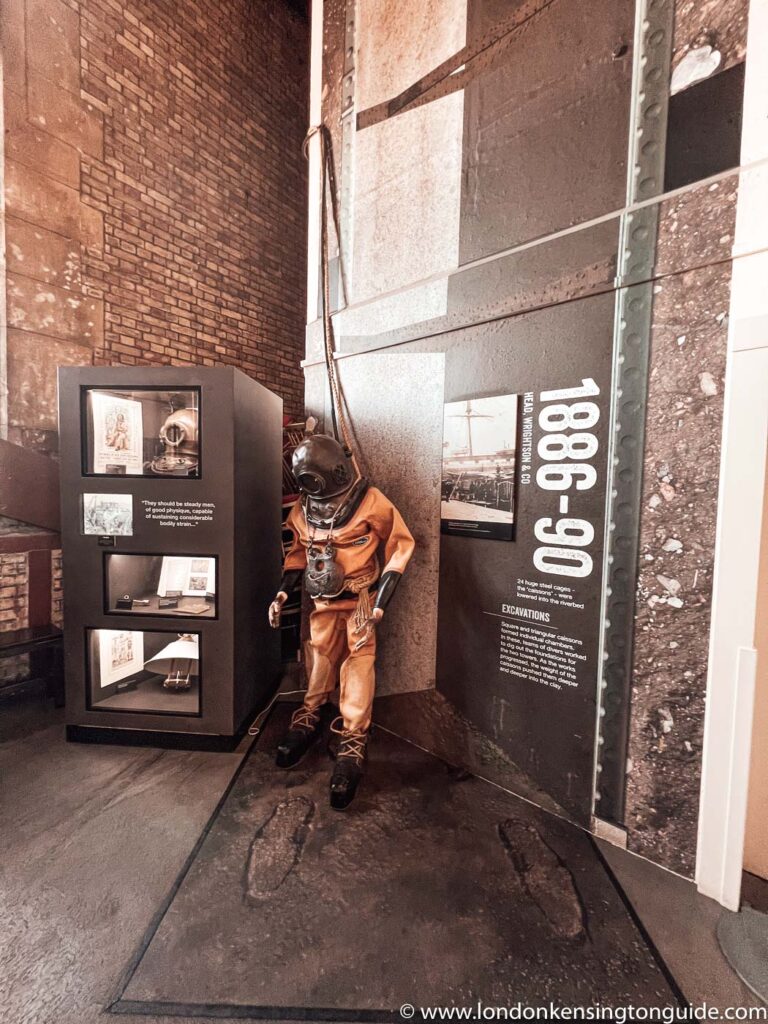 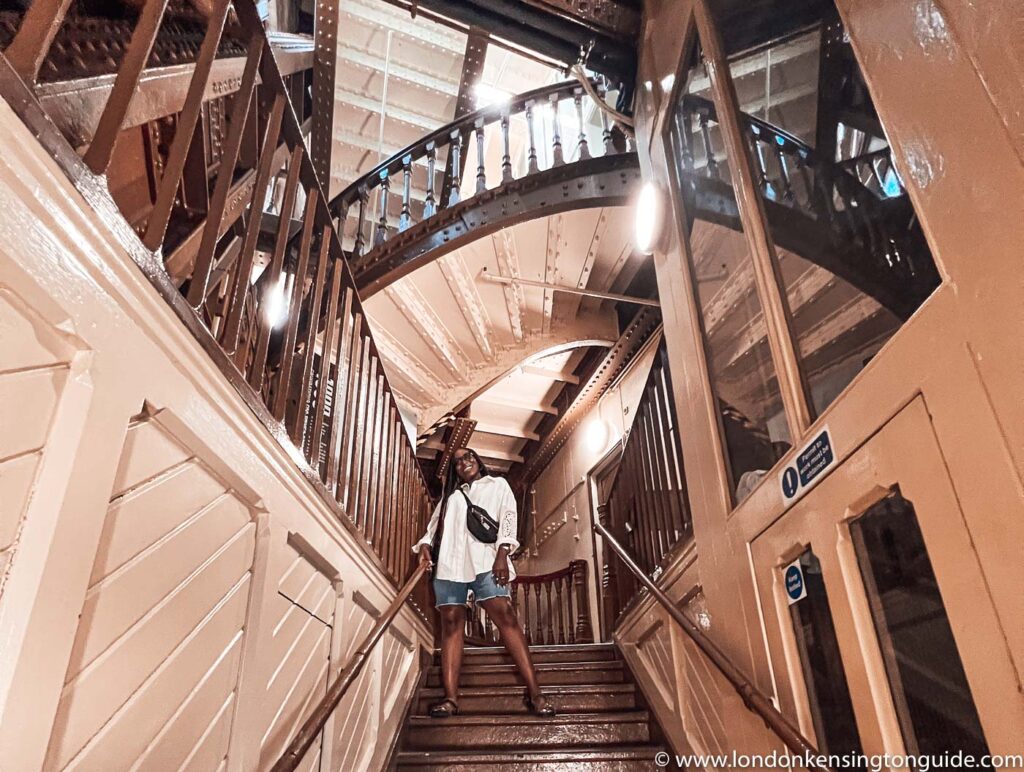 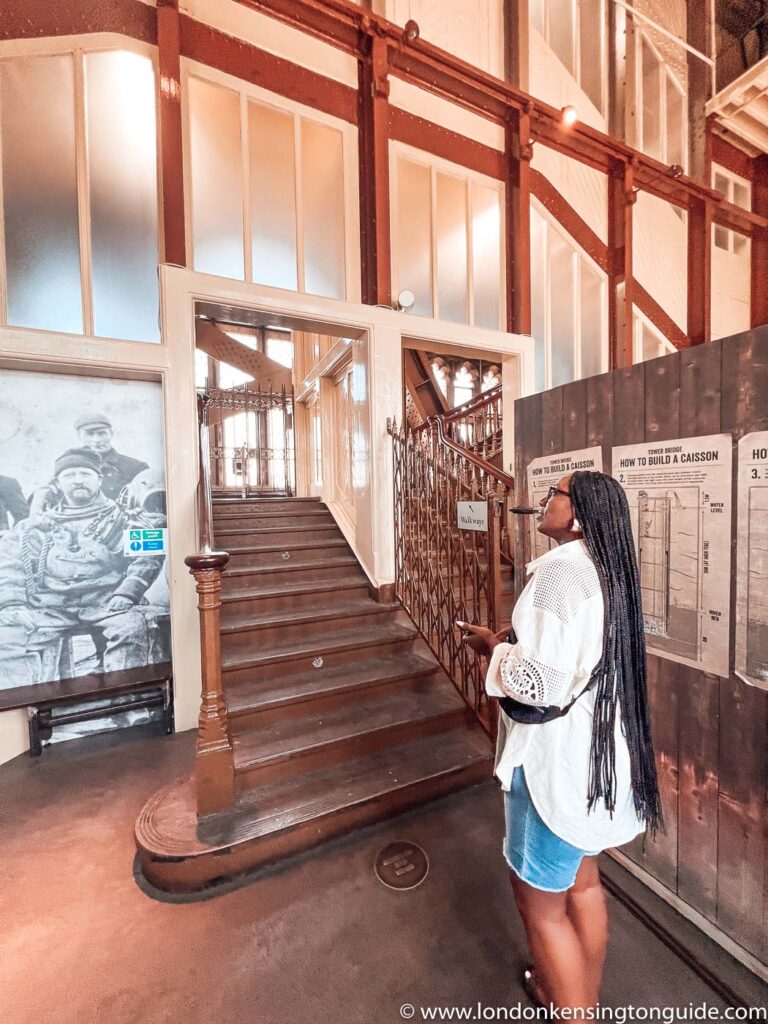 A Little Bit About The Glass Floor

First things first, I have a thing for heights but even that took me a few seconds to get comfortable with standing on the glass floor. The same with my young sister but we both sucked it in and walked right in the middle of the glass.

It’s such a weird feeling to be staring down at the boats, cars, and pedestrians down below knowing that a few inches of glass is all that is between you and all that is moving freely below your feet.

It’s perfect for those that love adventurous things to do in London. You cannot miss this thrilling experience. 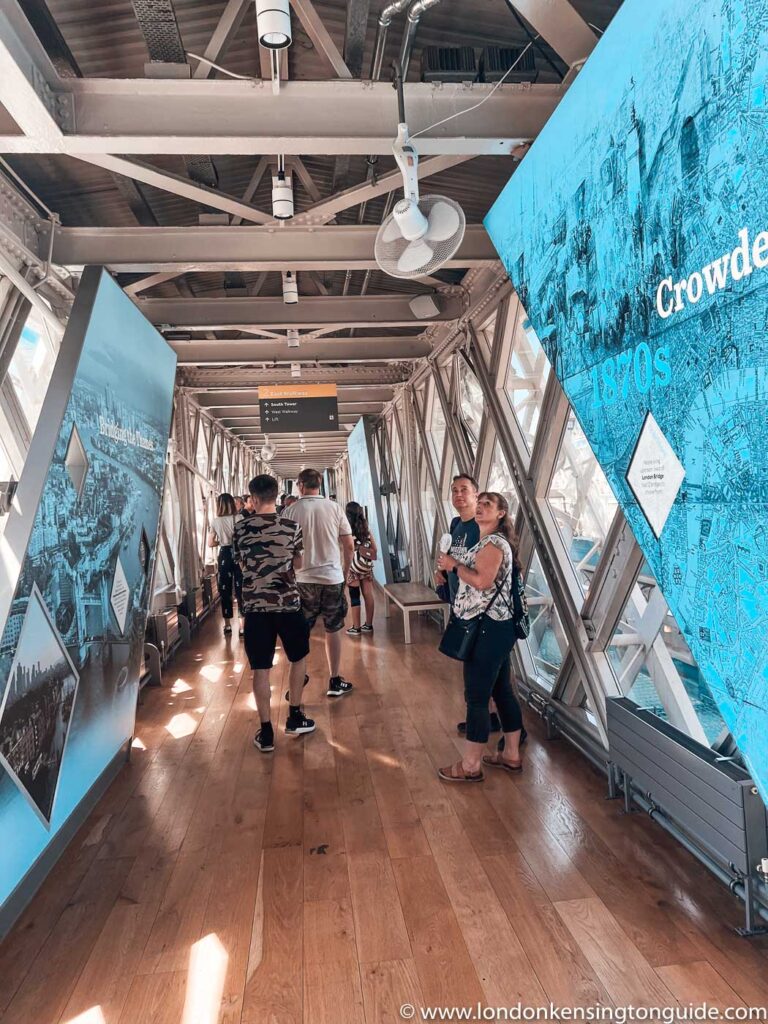 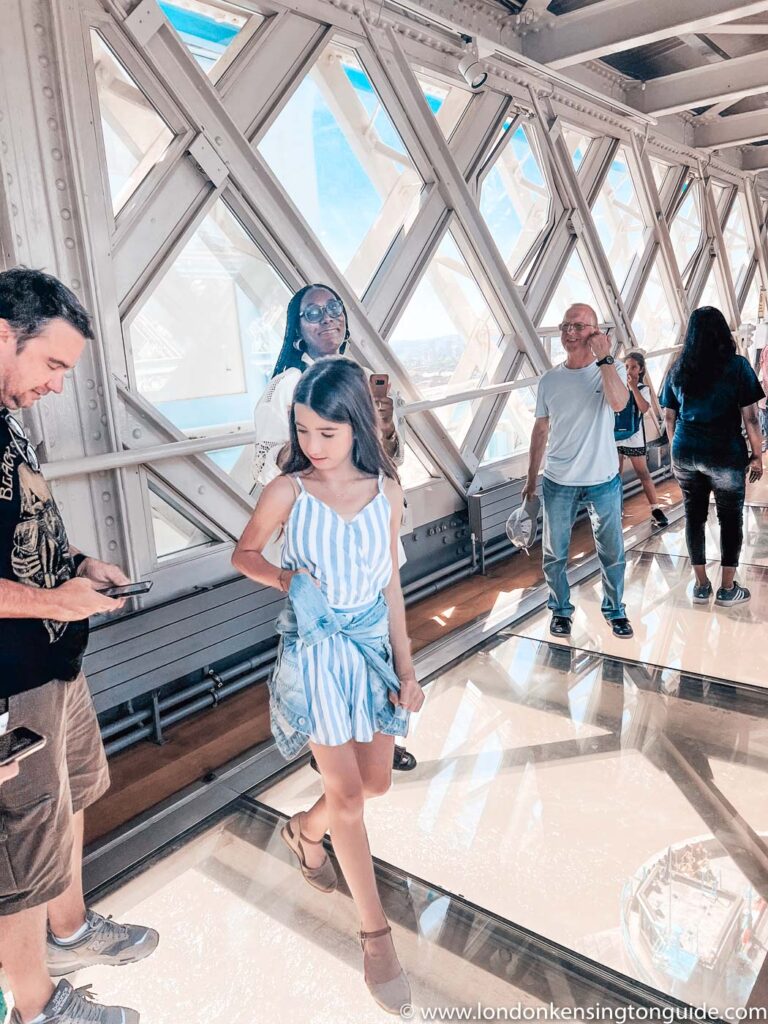 For those that can’t do heights, you can still visit and enjoy the experience without having to walk on the glass. You can walk to the side of the glass and still appreciate the views.

So, about the glass floor on Tower Bridge, it was installed in 2014. The glass floors on the West Walkway opened that year in November and the East was opening in December of the same year. The installation of each walkway glass floor two 6 weeks and 20 workers to install.

The glass on the walkways each consists of five layers of glass. They can hold the weight of 4 London black cabs or 6 elephants apparently.

The top layer among the 5 layers is called the sacrificial layer and it was this that was shattered when someone dropped a beer bottle in 2014 not long after opening. It’s also this layer that gets replaced every 6 weeks as a safety precaution to ensure visitors get the best views as well.

Once you have walked the glass floor, and left to head back down to the ground floor you have the option to visit the Engine Rooms and gift shop. Your ticket includes the Engine rooms.

London’s Tower Bridge is a  well-known landmark that is distinguished by its tower-like superstructure and movable parts, known as bascules.

This is what allows Tall ships to navigate the Thames. Tower Bridge has two strong engines in the engine rooms underneath the walkways that are used to move the bascules. 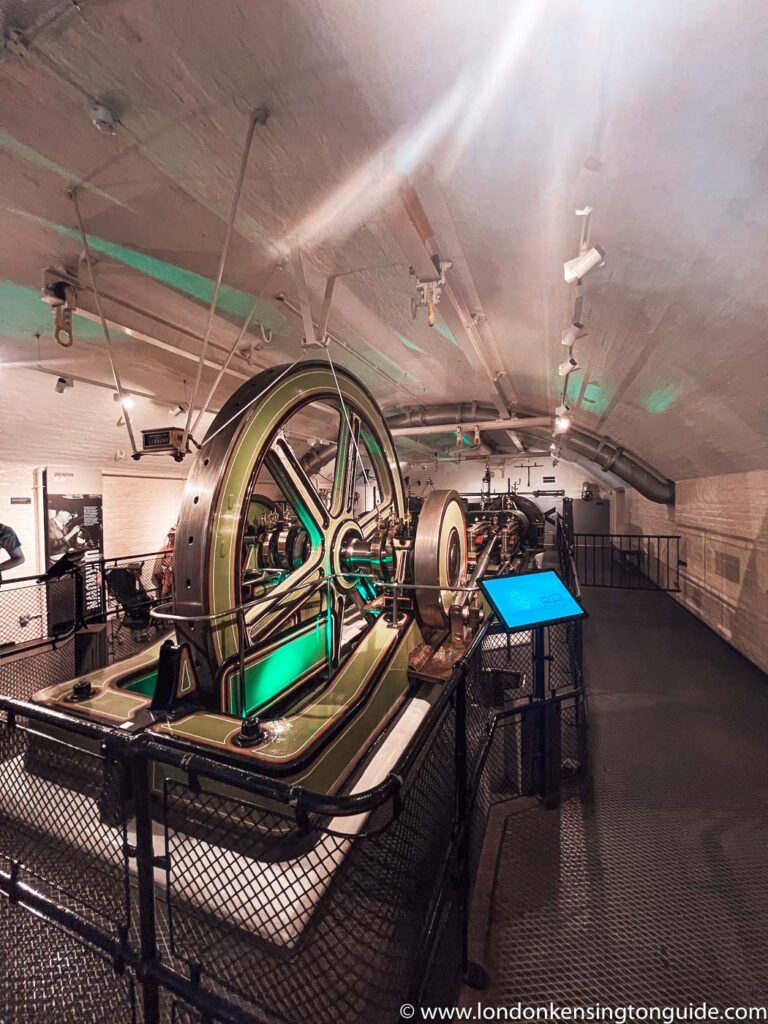 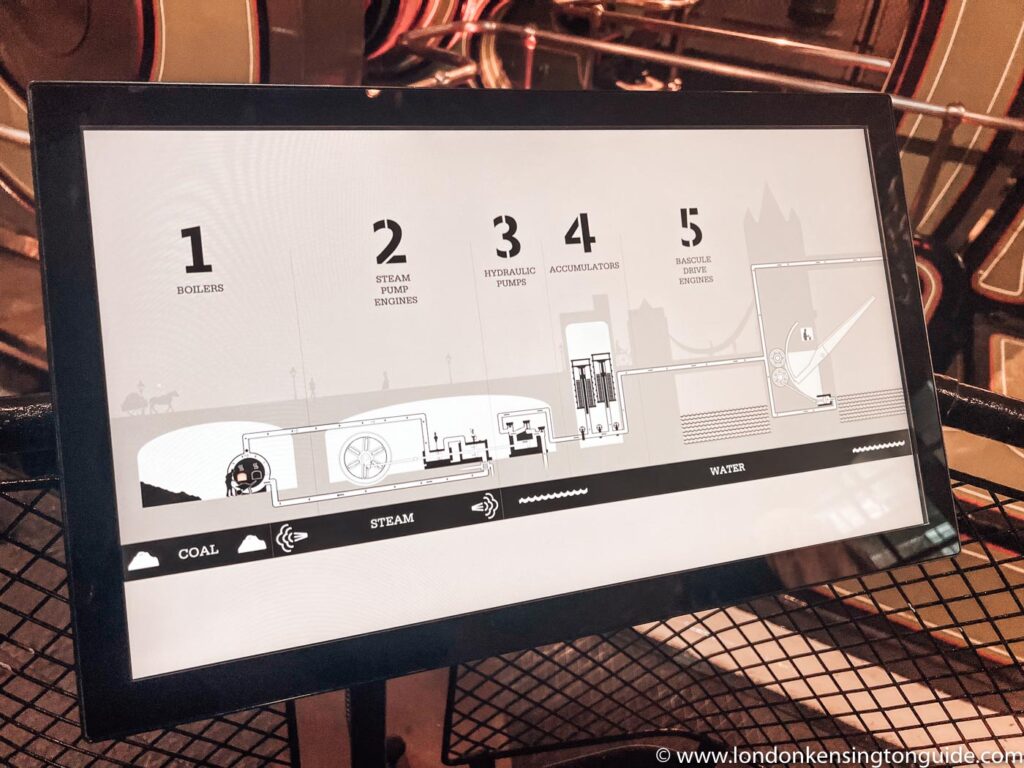 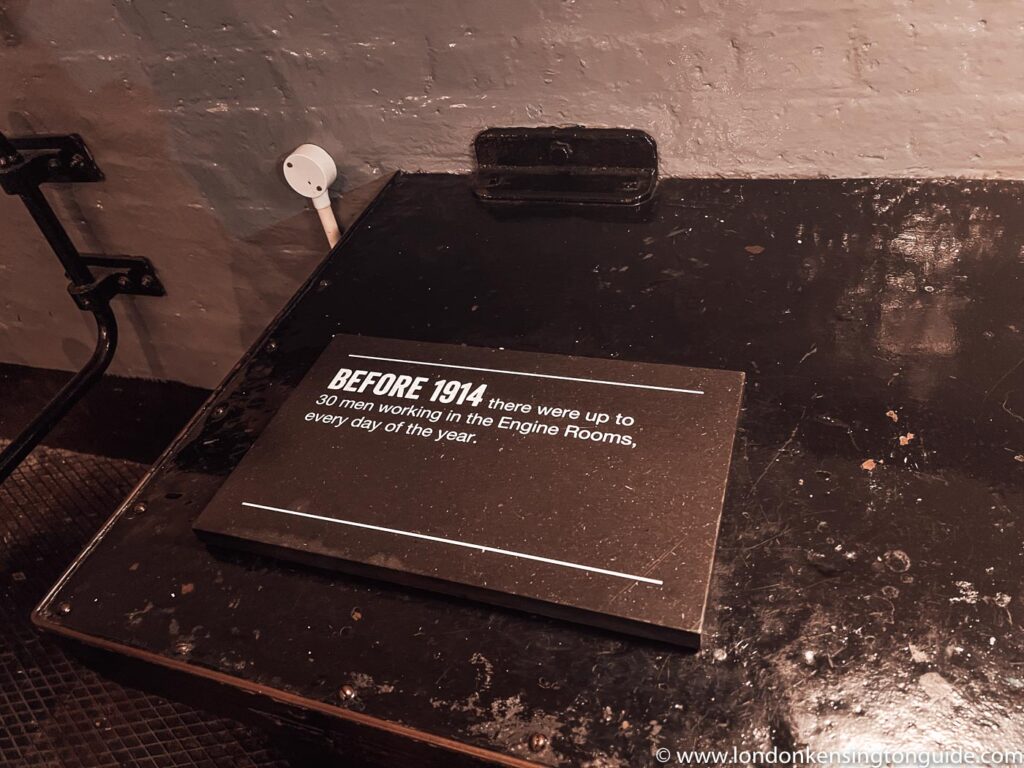 Tower Bridge is powered by steam engines, which were cutting-edge when the bridge was constructed in the late 19th century. They were powered by coal-fired boilers and were created and constructed by the engineering company Charles Doffay & Co.

Each engine has a 1,500 horsepower capacity and can elevate the bascules in less than a minute. You can learn more about this and other quirky historical tidbits when you visit the Engine Rooms.

This is very much among London’s unmissable attractions and the Engine Rooms give tourists a look inside the workings of this famous landmark.

The official Tower Bridge gift shop is housed in the engine room and provides a selection of mementos and other products that are inspired by the bridge and its history.

You can find T-shirts, hats, mugs, books, toys, and other products that are appropriate for kids and families can be purchased from the gift shop. 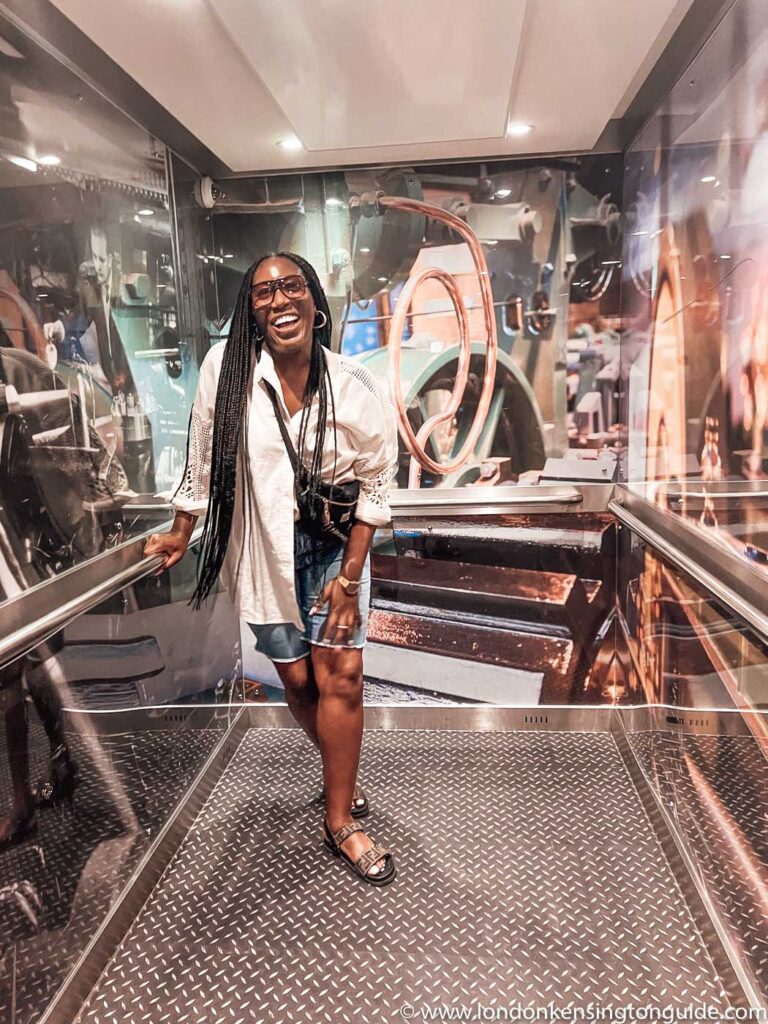 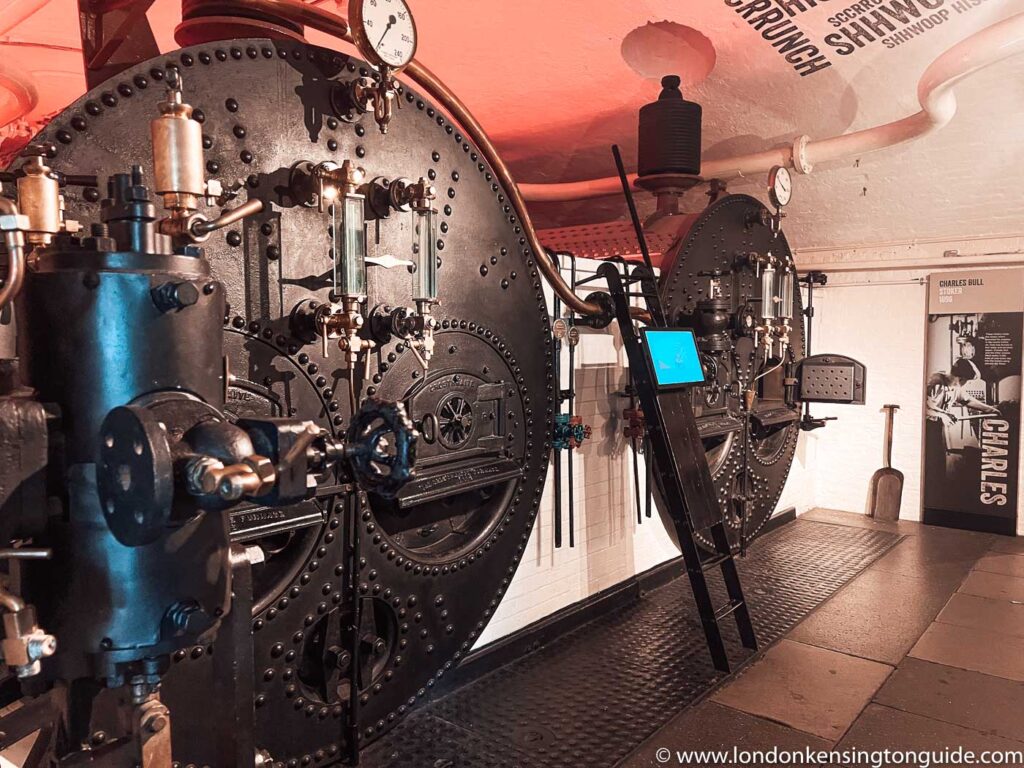 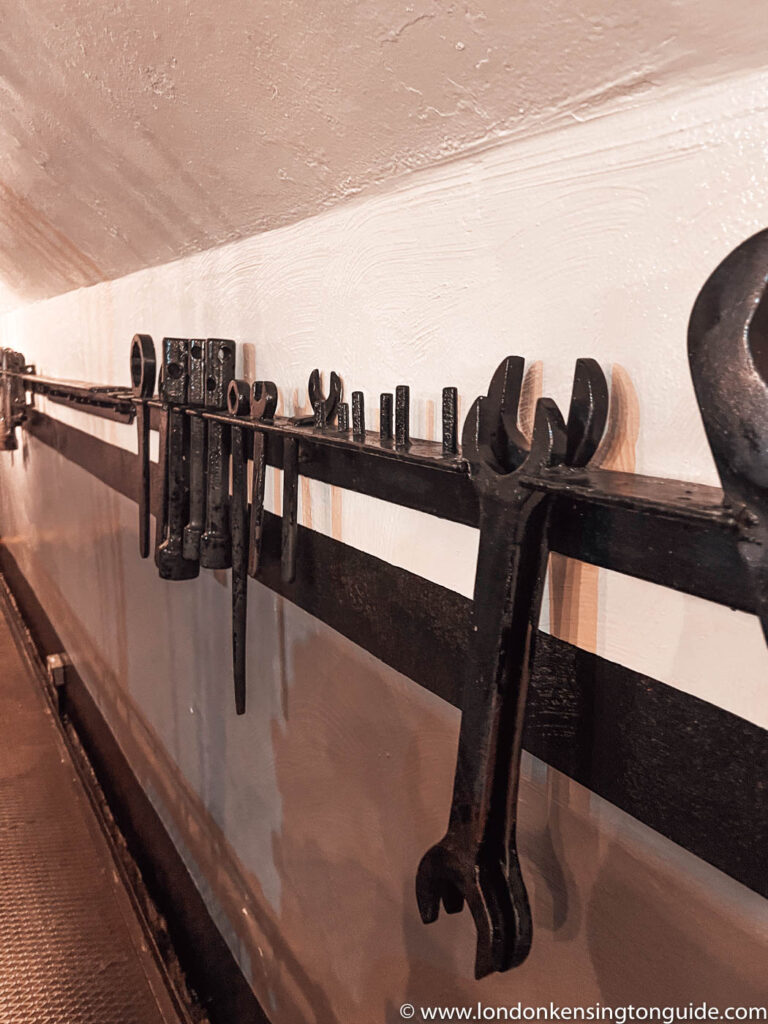 London’s Tower Bridge draws millions of tourists each year and for those that love a bit of history here are some cool and interesting facts about Tower Bridge: 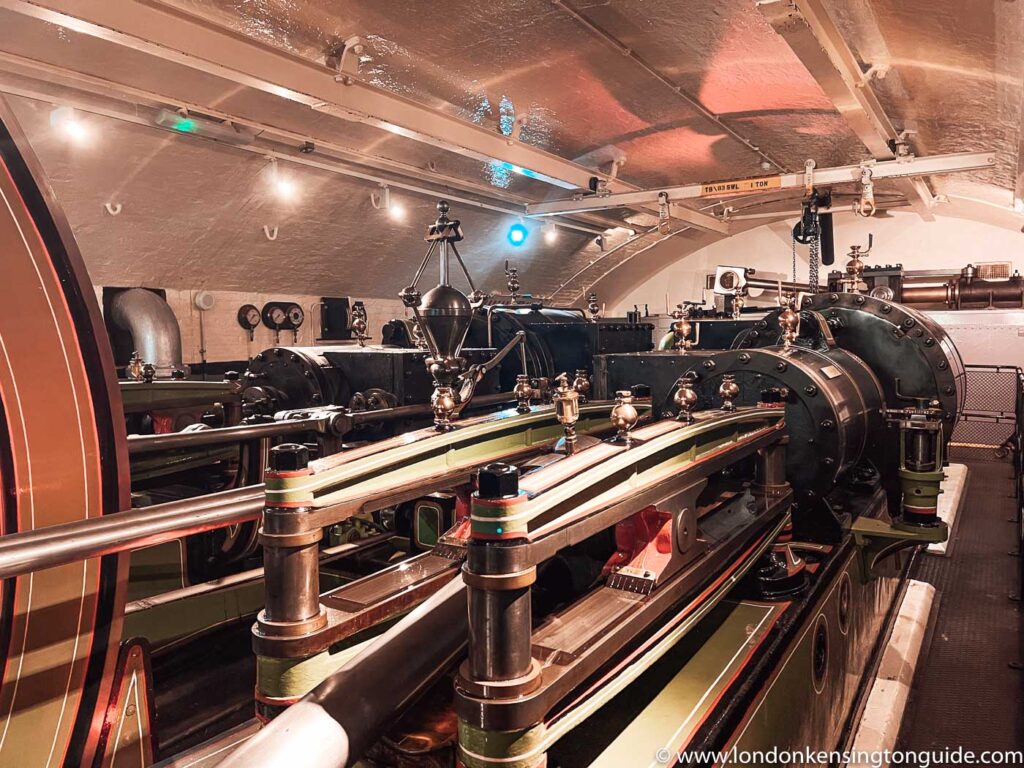 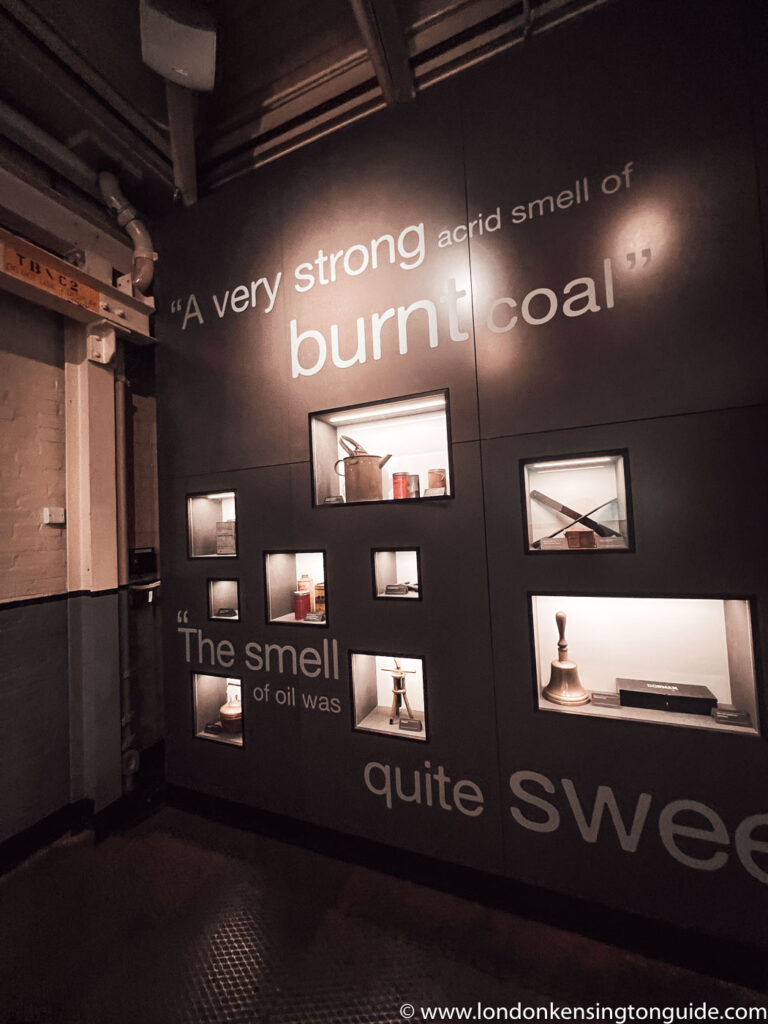 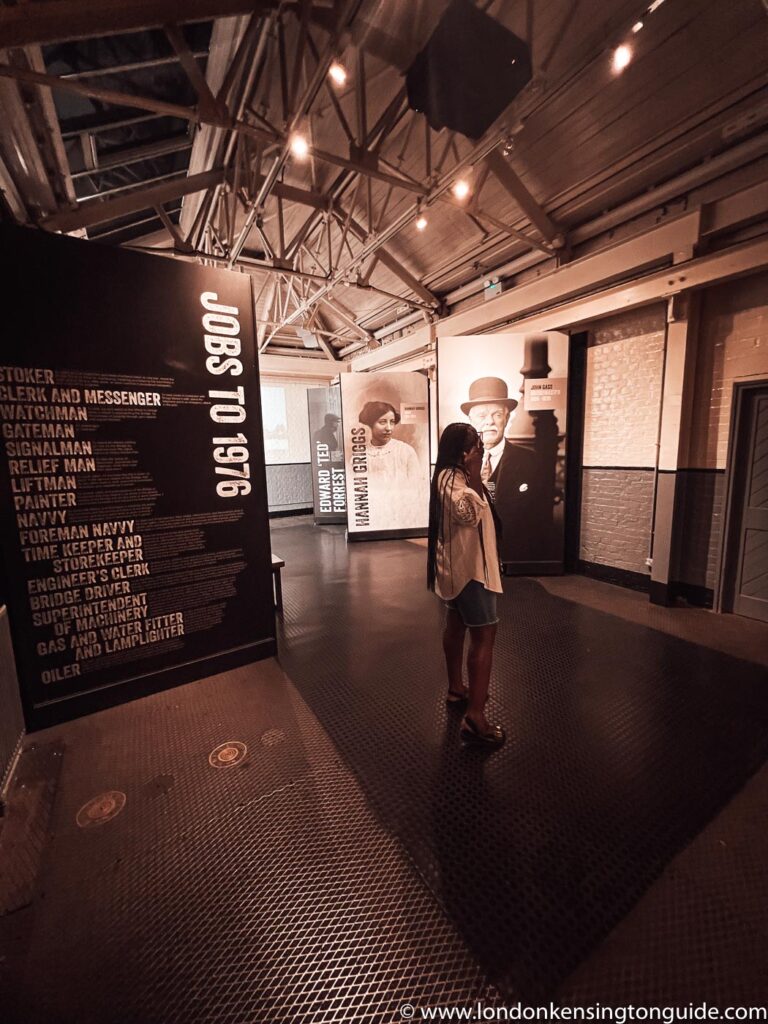 How To Get Tower Bridge Glass Floor Tickets

The Tower Bridge Glass Walkway and Tower Bridge engine room allow you to enjoy the views, walk the glass, and explore interactive exhibits and displays to learn more about the bridge’s past and current operation.

You certainly don’t have to book in advance for tickets. You simply turn up. Even if you book your tickets in advance, I am afraid you will still have to queue up.

The good thing is that the queues more very quick and they only allow a certain number of people at a time to walk onto the walkway. There are some people there but not overcrowded.

You can buy your tickets directly from the Tower Bridge website or you can purchase from the ticket office onsite. 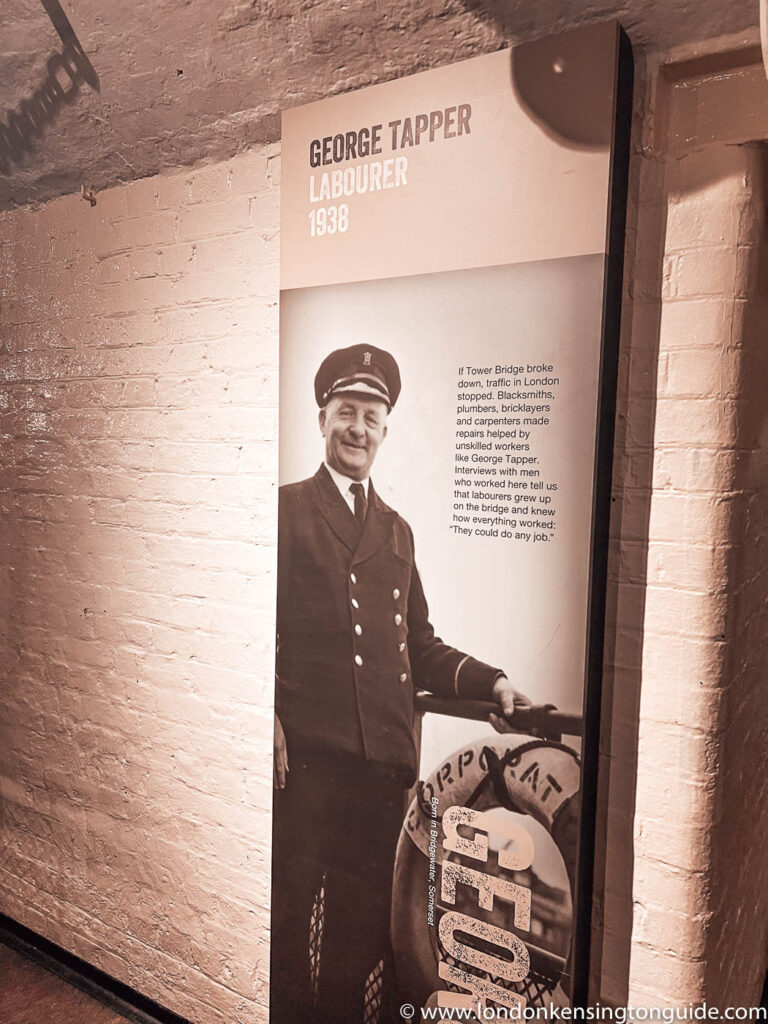 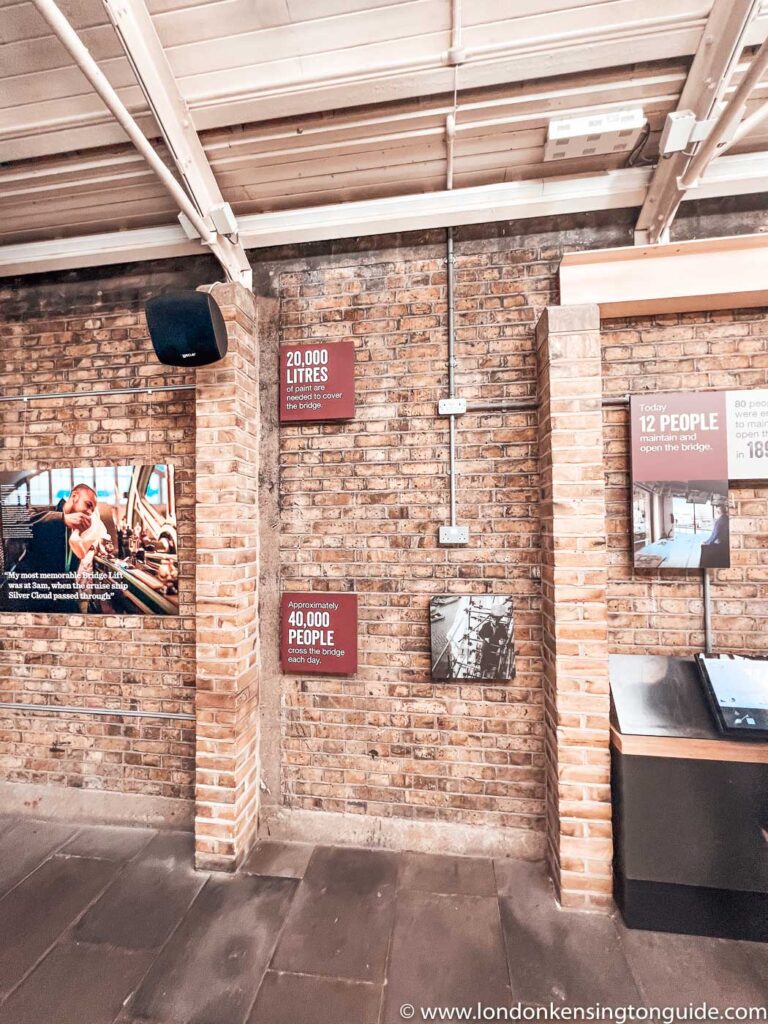 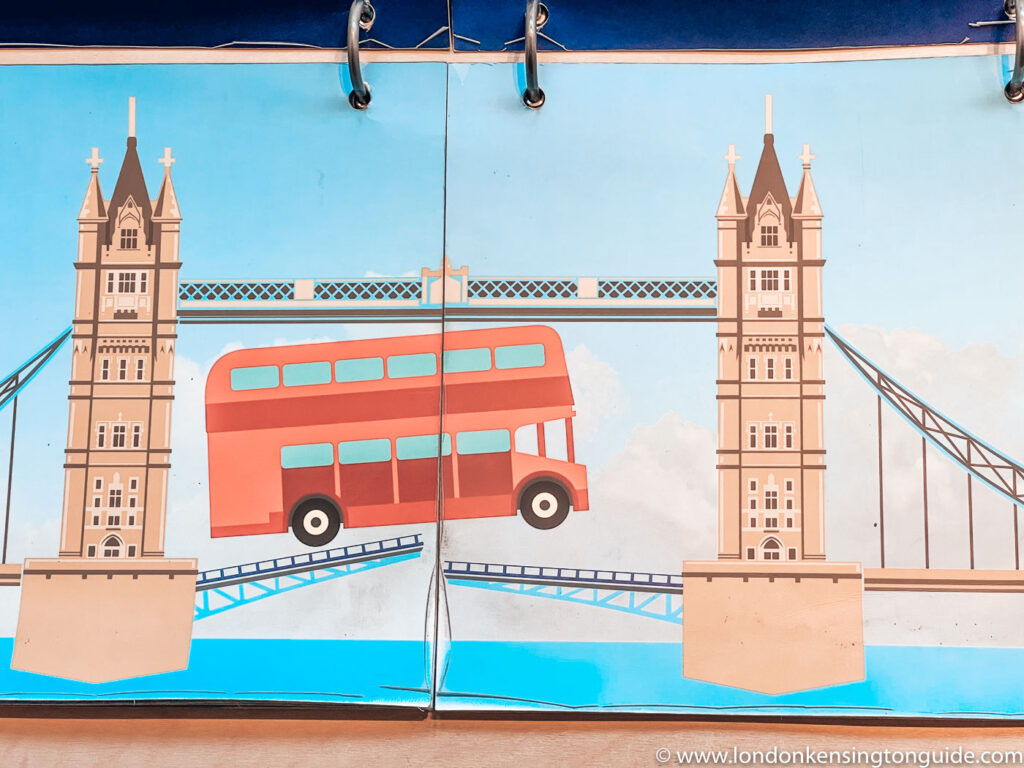 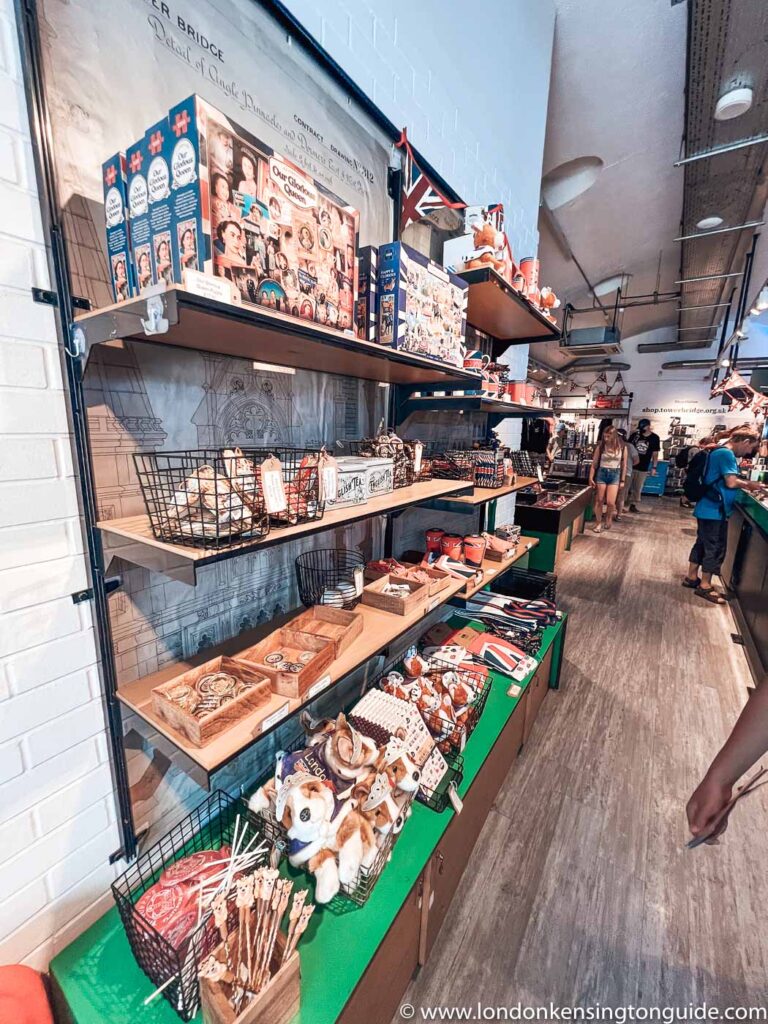 They are open every day from 9.30am until 6pm, with the last admission at 5pm. You can check bridge lift times here if you want to visit during the time when the bridge is likely to be opening.

Do You Have To Book In Advance?

No, you do not need to book in advance.

Overall, the Tower Bridge glass walkway is a must-visit-see for tourists visiting London, heck a treat for Londoners as well.

Other Things To Do Near Tower Bridge 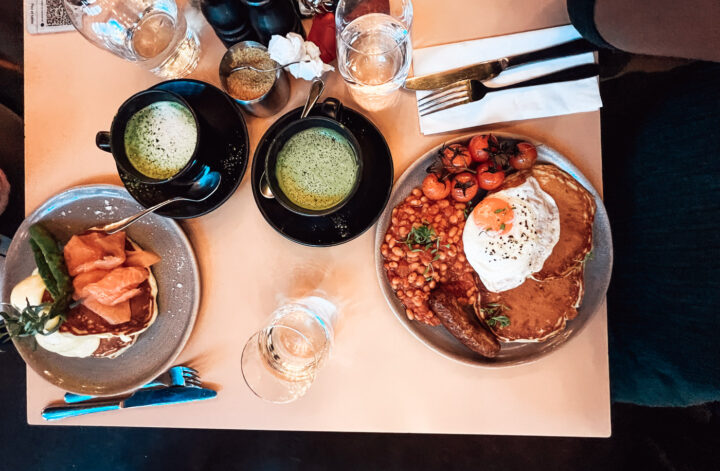 Flat Iron Square Food Court: A Stop At Where The Pancakes Are 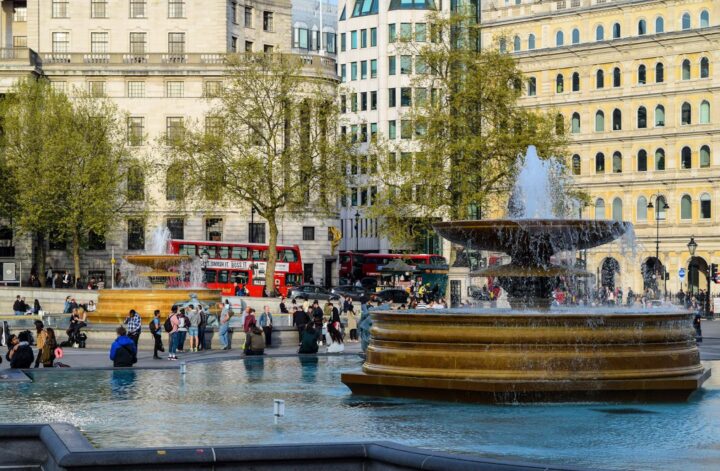 Exploring Trafalgar Square Plus Things To Do Nearby

Barbers In Shoreditch To Assist You With Your Grooming Routine!