Is This London’s Best Food Tour? Feasting Through East London 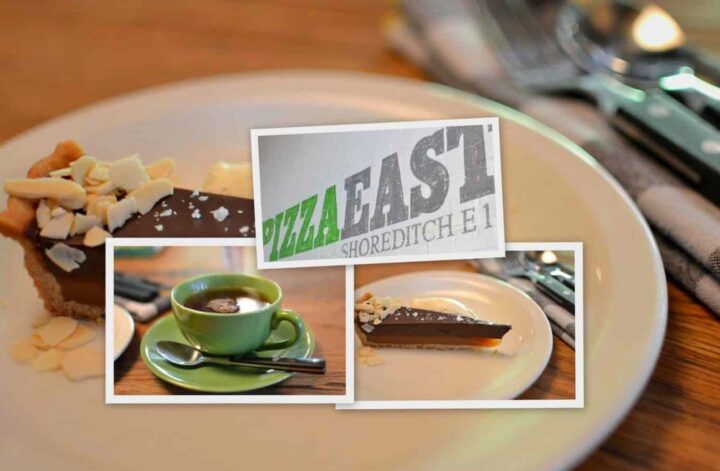 Considering that a good 60 percent of my readers are from the USA and around the world so I am always glad to share more about London’s hidden gems. Also for those from the UK visiting London.

When I travel, as much as I want to see all the popular tourist places, I want to see where the locals hang out, where they eat and where they just chill out. So for this post forget about the London Eye, forget the Shard, Tower Bridge or St Pauls as it’s all about London Food Tours.

I am taking you on a tour of East London. Some time ago I shared with you a post about East London’s Street Art Tour. East London boasts the largest number of artists and art organisation living and working in any capital city in the world. So we are checking out where all the cool kids hang out. Did I also mention there is going to be food? 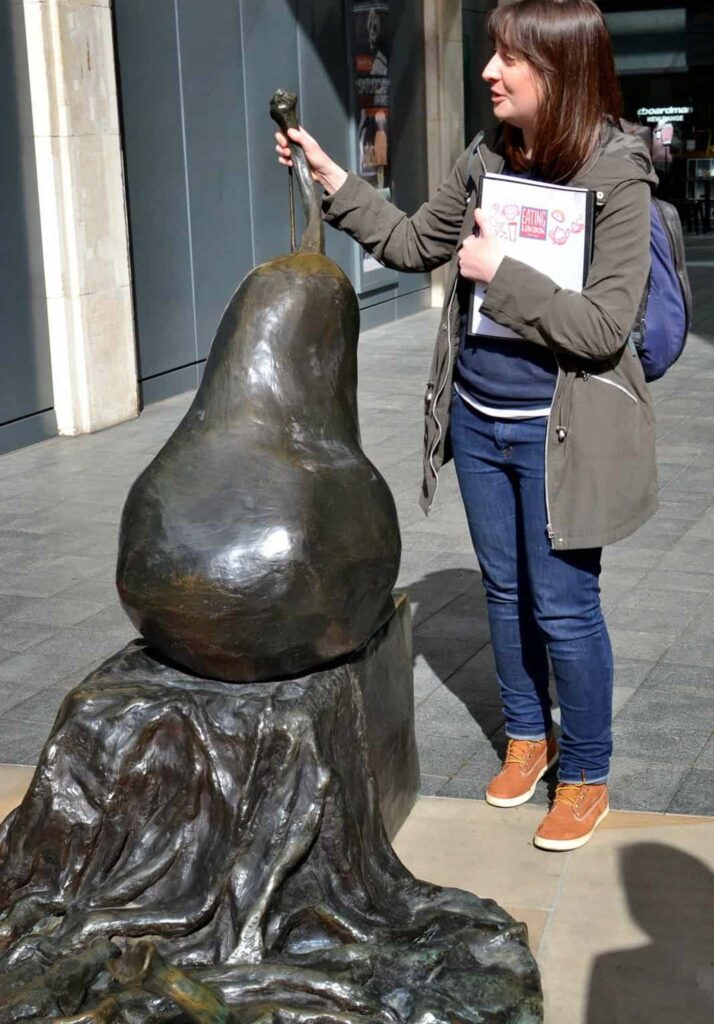 Good food, creative arts and history tidbits. Now, there’s an offer hard to refuse. I certainly couldn’t refuse an invitation to join a walking tour run by Eating London.  We were starting early(10am) on a Saturday morning.
The spring sun was out and shining brightly on the creative locale of the East end. The tour started off at St John Bread and Wine for a bacon sandwich. Bacon on freshly baked bread with a freshly made sauce had the tongues in the group intrigued with what the ingredients were. We then made our way to the English Restaurant. 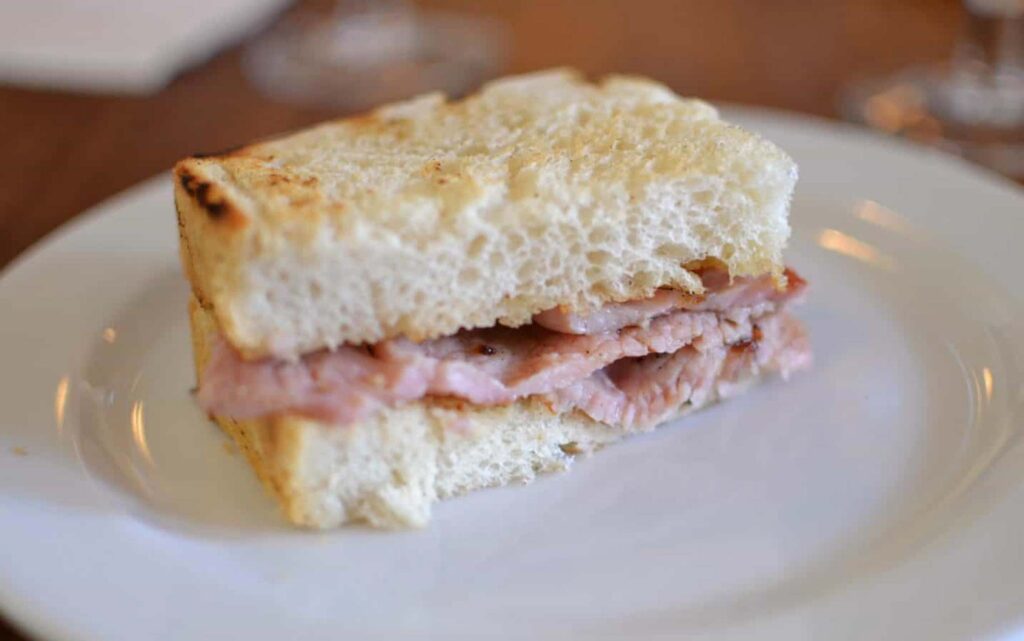 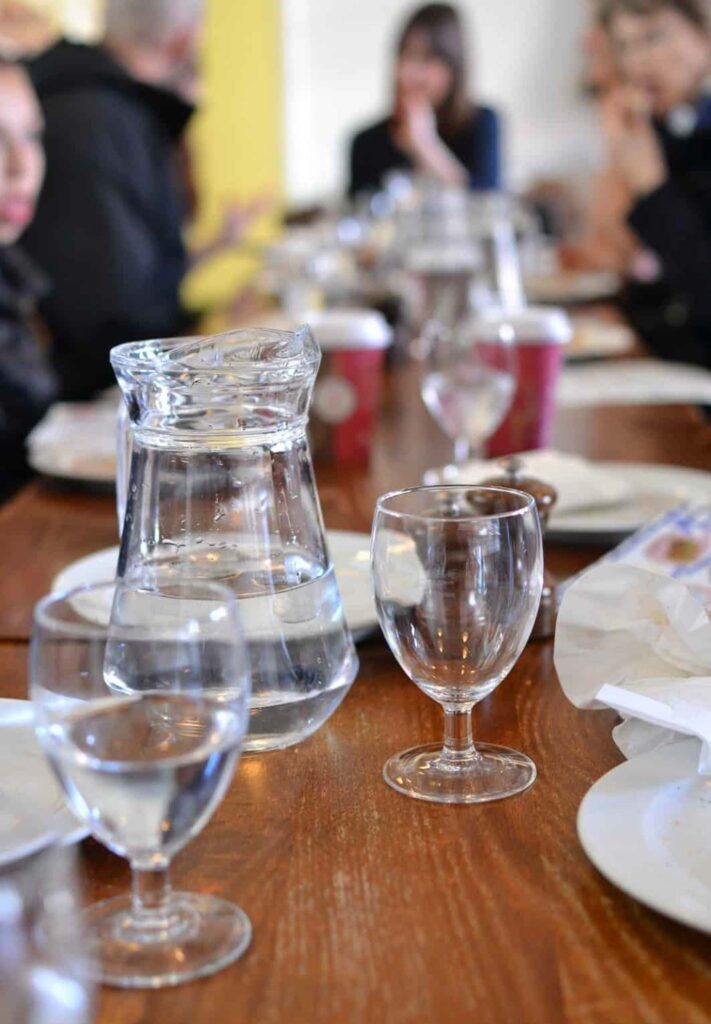 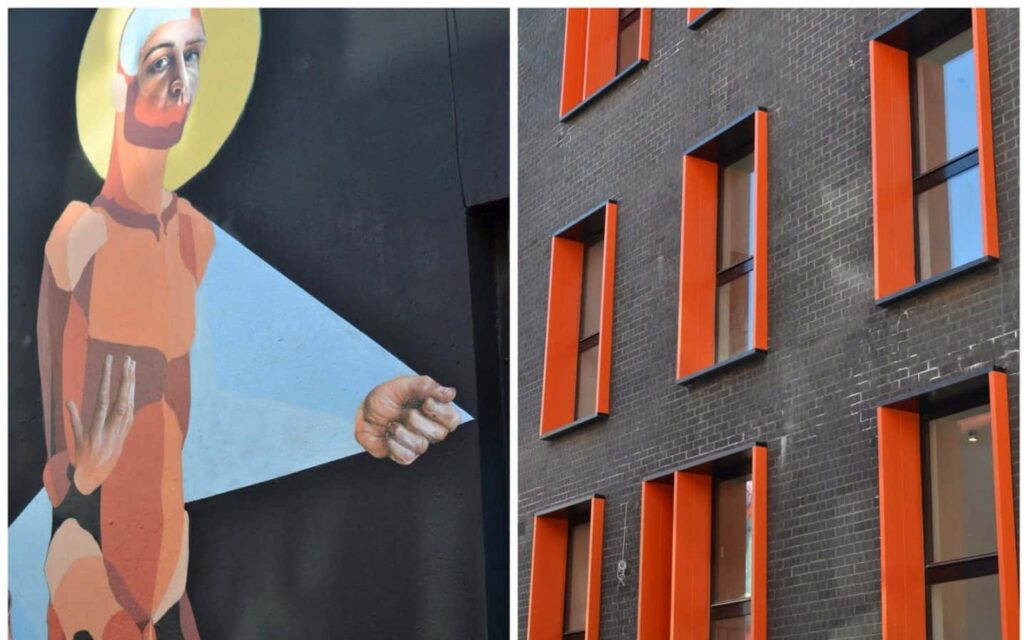 We were going to be tasting a bread and butter pudding that is as famous as the quaintly decorated pub itself. To say that I hate bread and butter pudding would be an understatement, but that was before I tasted the one served here. I drowned my pud in a vanilla and rum custard. The first taste had my tongue doing the happy joy joy dance and I was resisting the urge to just throw the pud in my mouth like a tequila shot and yet wanted to server every spoonful.
The best bread and butter pudding I have ever tasted! I have been converted I tell you. I might start stalking the chef just so I can have the recipe. While riding high on the pudding train we moved on to the back streets of the restaurant which hold a rich history and criminal past.
Right across from the restaurant is a car park, a location that was once a crime scene, this is where Jack the Ripper’s last murder victim was found. Years ago this area haboured lawless ghettos, was densely populated, crime-ridden with people living in appalling conditions. 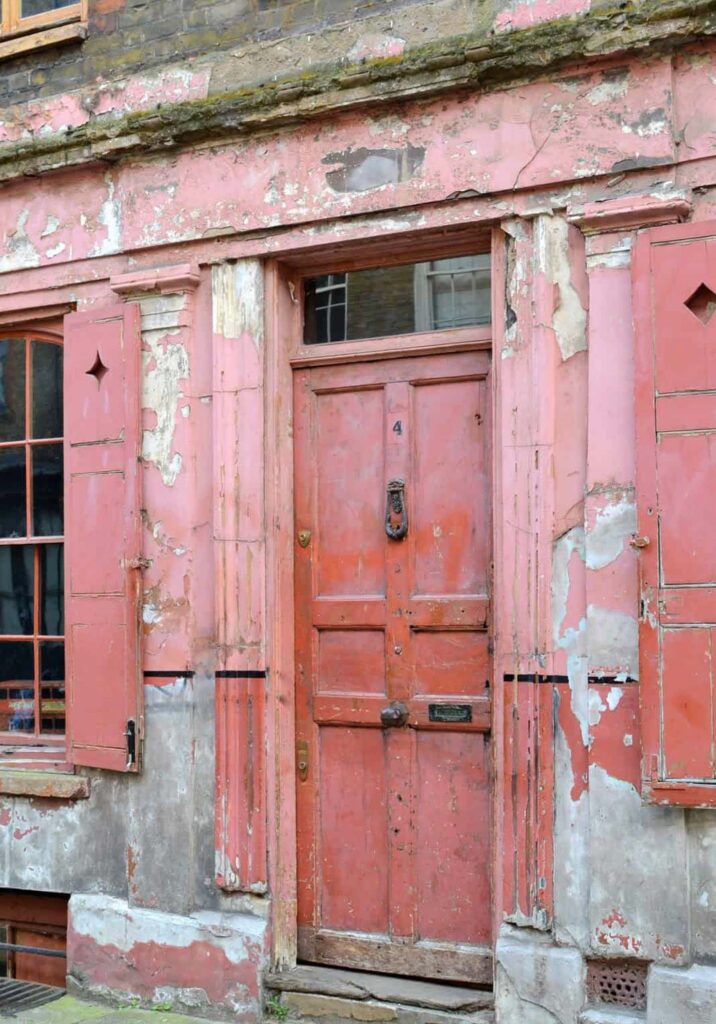 A lot of the buildings left behind are now government listed and some restored and converted into luxury apartments like the Jewish Soup Kitchen in Brune Street. Built in 1901 it provided charitable support and served food to the poor Jewish people fleeing persecution in the Ukraine, Poland, Russia and Greece.
As the Jews became wealthier they began to move out of East London to suburbs in North London. With few remaining in the area we passed by the famous of them all, which is why the area is holding on to it.
The Bagel shop offering up freshly made bagels with salted beef and dash of mustard. This place is so popular that it is open 24/7. Yes that’s right, 24 hours a day, 7 days a week. That is a lot of bagels! 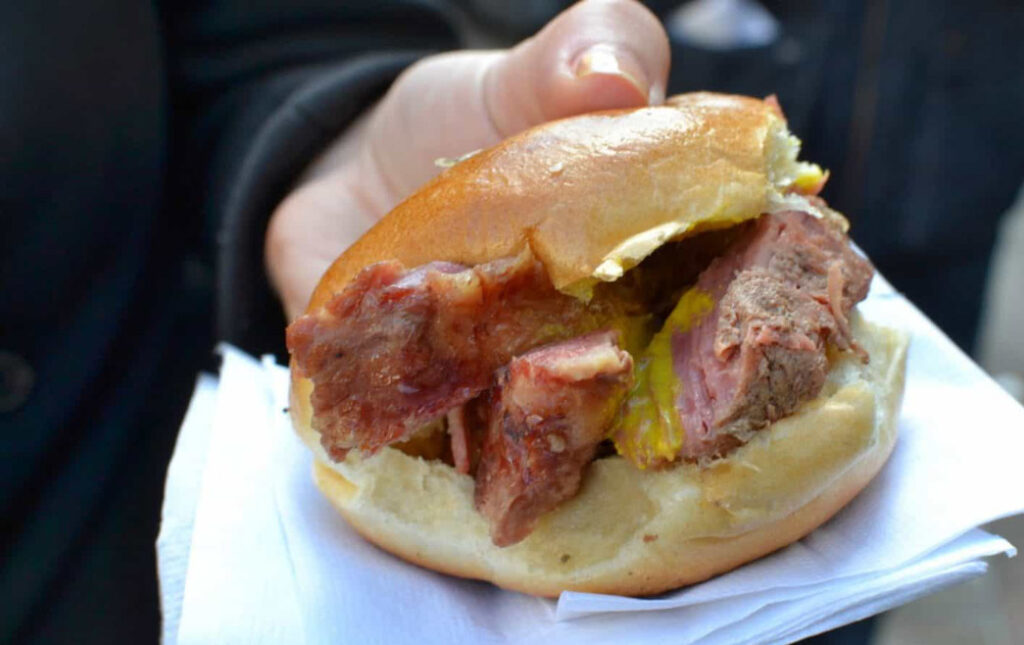 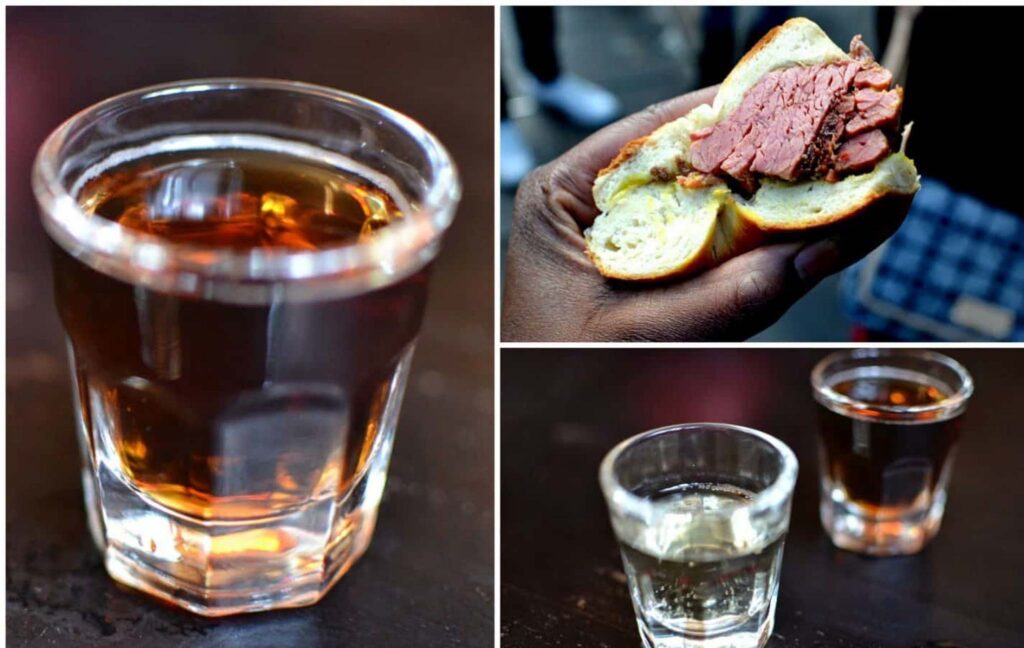 The tour also stopped at the UK’s number one fish and chip shop; Poppies. You have to visit this place to understand why they are number one. Then making our way to the pub for some real ale and cider after stopping by Benjamin Truman’s historical home.

Then stopping by for a tasting of London’s best curry house; Aladin and cheese shop that has me thinking twice about buying rubbery cheese from the supermarket and instead going for specialist in good quality cheese. Moving on to Pizza East on Bethnal Green Road for desert and tea,  a wholesomely loft-conversion style decor that served up a tasty salted caramel tart with ice cream. 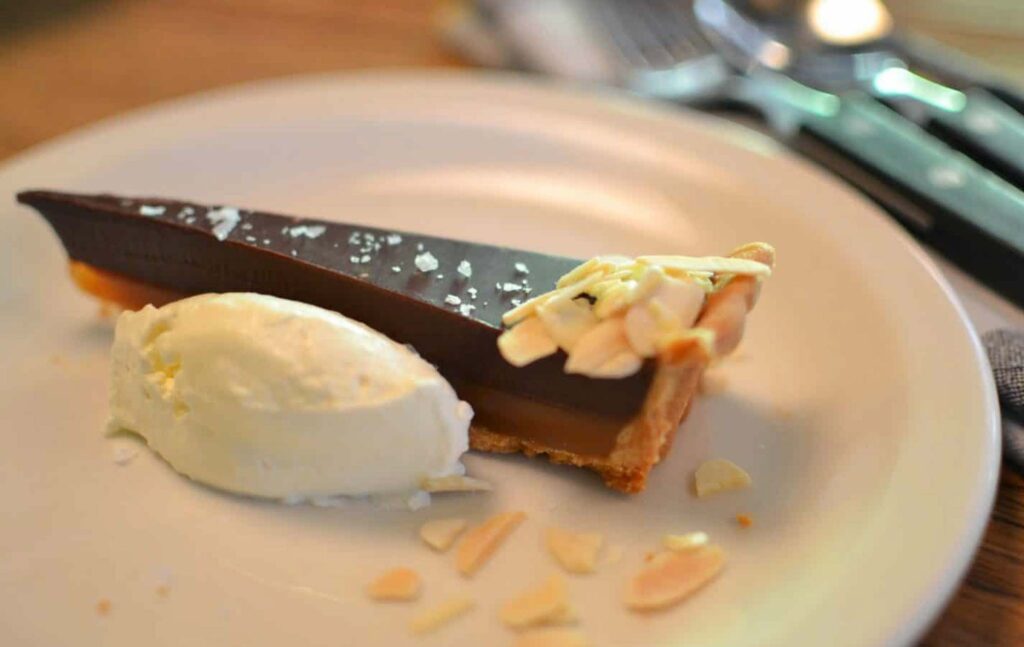 The tour lasted an amazing 3.5 hours tasting delicious food, leering at beautiful street art and learning about the comeuppance of the East end into a trendy, artsy area that it is now.
For a unique experience of London’s most fascinating neighborhoods let Emily(our guide on the tour) walk you through East London tasting food from diverse places, from markets to bakeries to English, Indian, Jewish spots. The tour had folks from the USA and Sweden and few from London too. Plus I run into another blogger on the tour as well Jess Dante from Love and London. 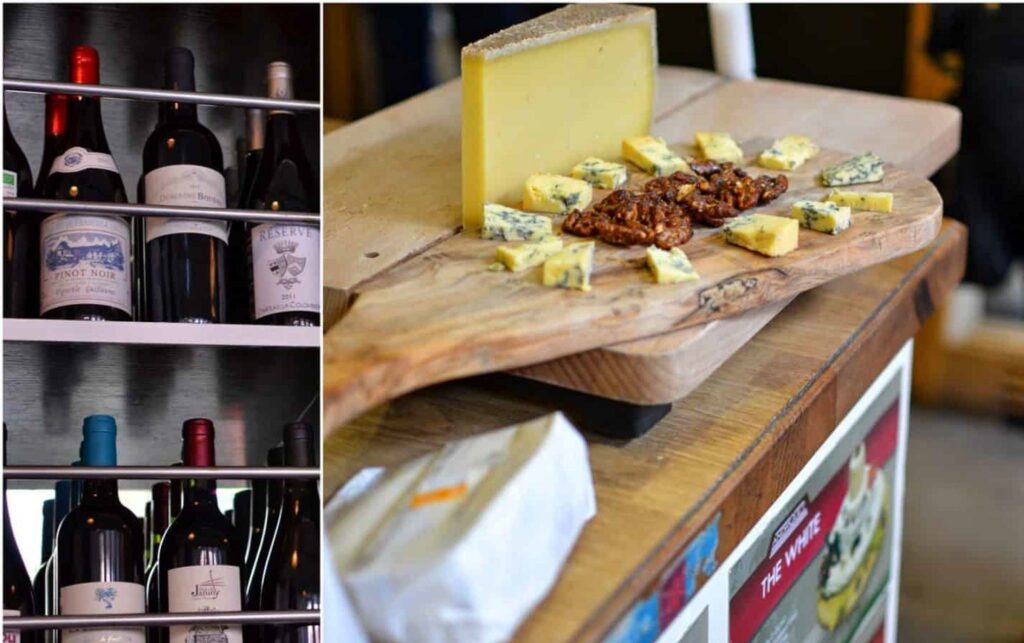 The tour with Eating London is suitable for both kids and adults as we had a mixed group of couples, friends, and a small family which allowed for varied conversation with each visit to a new venue. With 10 stops for food and local history, I was stuffed and happy and would have happily accepted the offer of someone rolling me all the home but I settled for bus ride on a sunny Saturday.
This is just another one of the reason London is amazing when it comes to food, there is a plethora of food experiences across the city. One such experience is the one offered at The Naanery London. 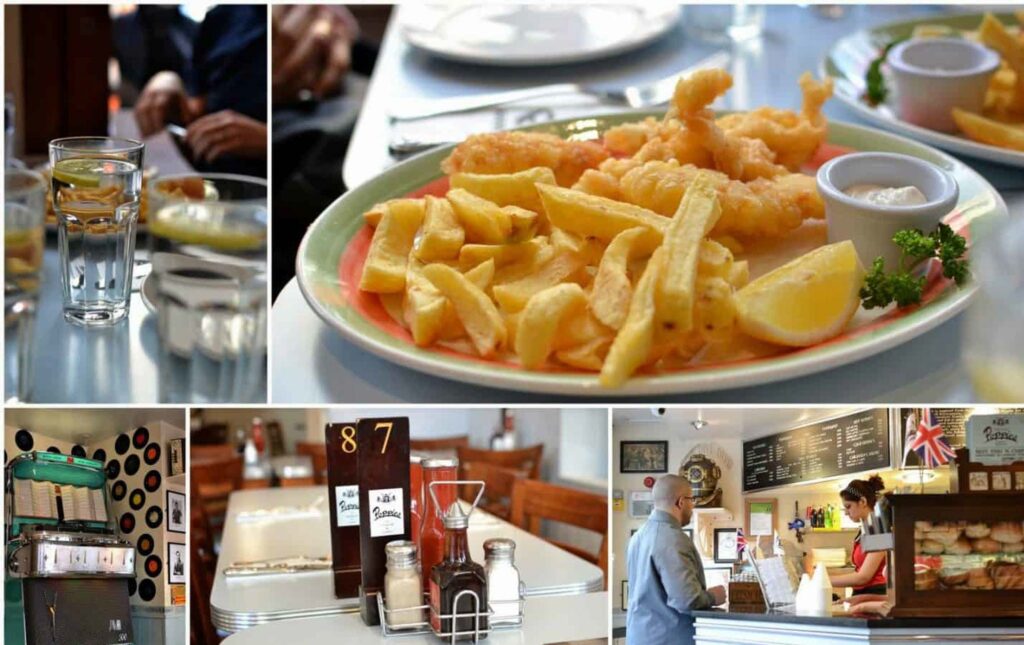 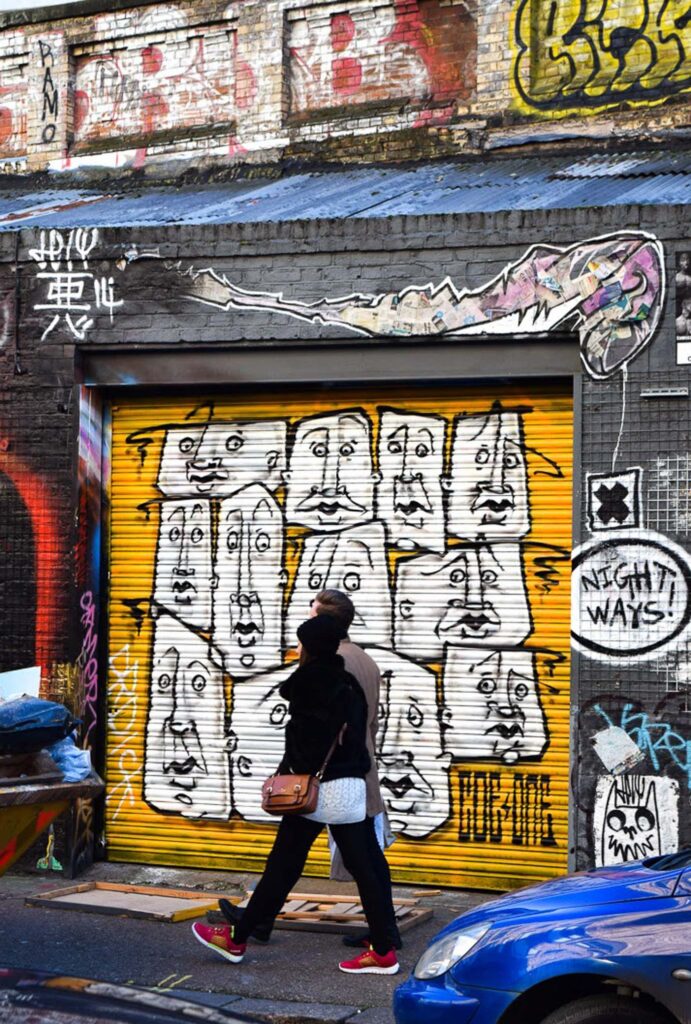 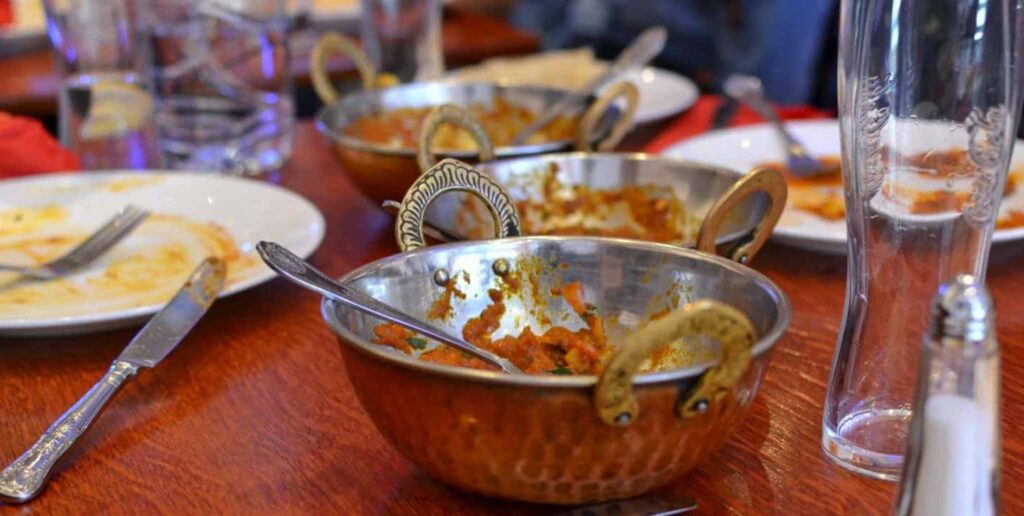 There is so much more to the tour that I cannot cover it all here. For more details of the tour check out Eating London’s site and let them take you on a mouth-watering tour of East London. In the meantime, you can salivate over my pictures while you arrange your on place on the tour. If you are in London another tour to check out is the London Bridge food tour 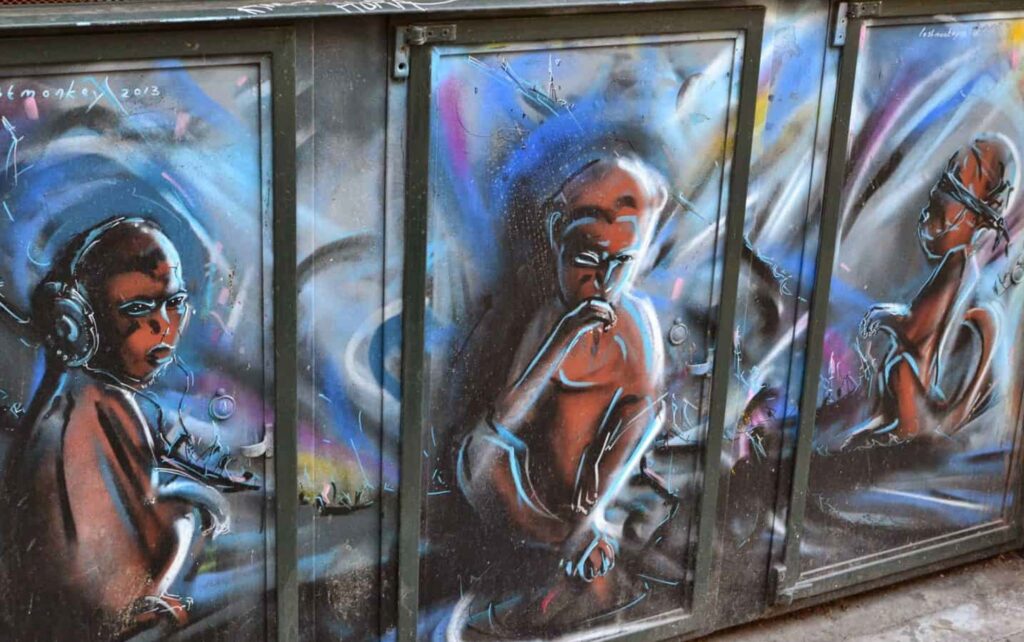 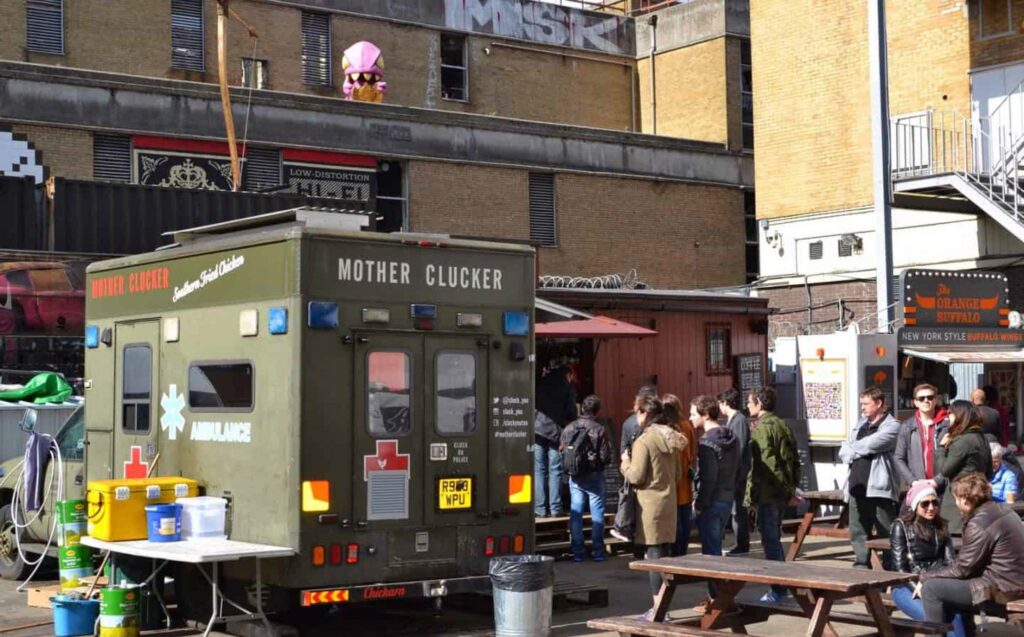 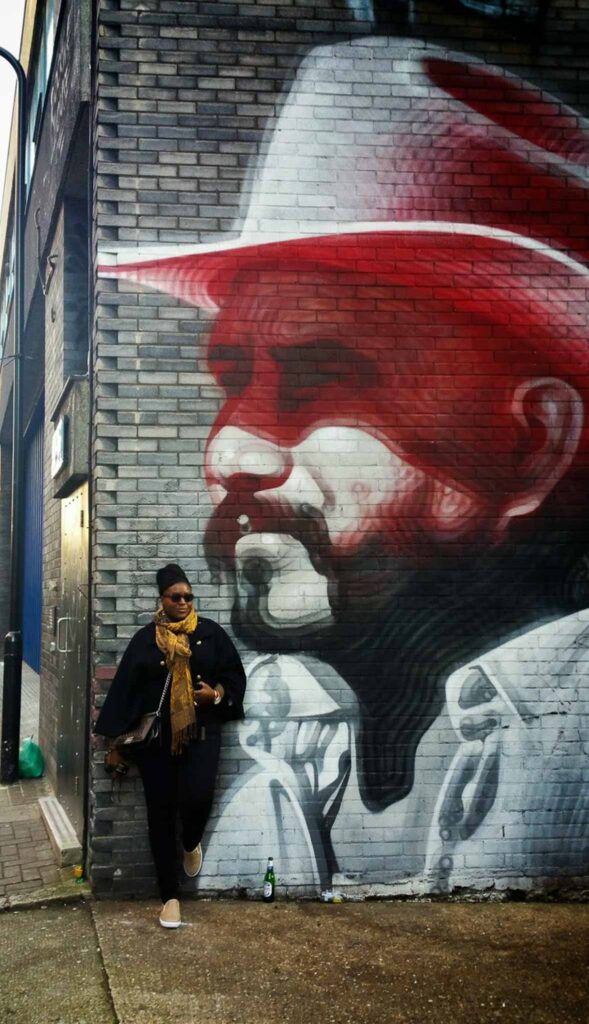 East End Food Tours run daily apart from Sunday
So have you been to East London yet?
Previous Post Next Post 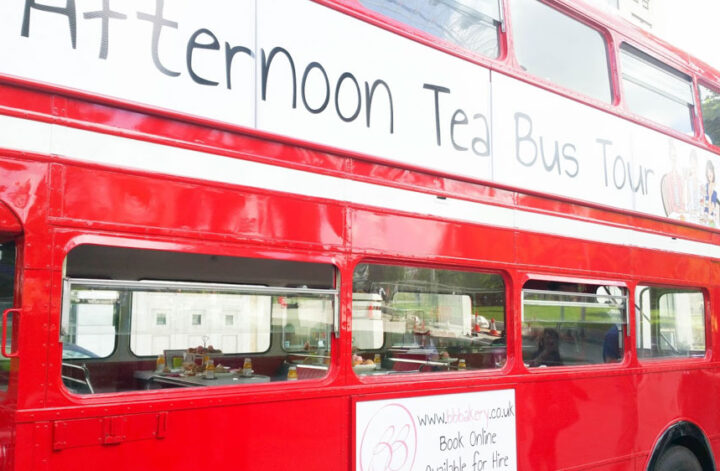 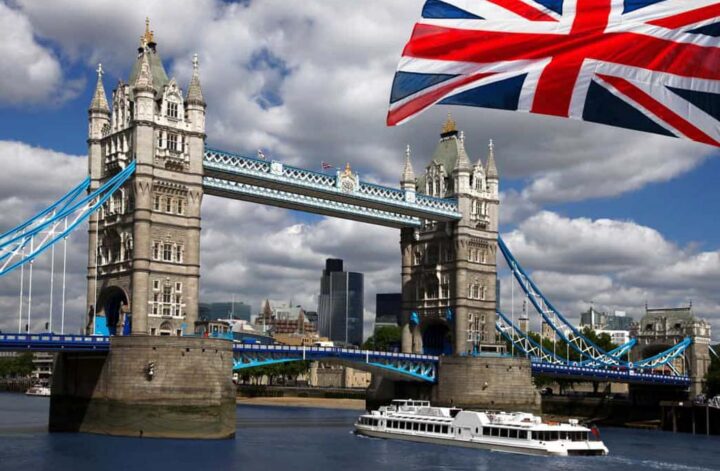