Unmissable London Desserts And The Places To Find Them! 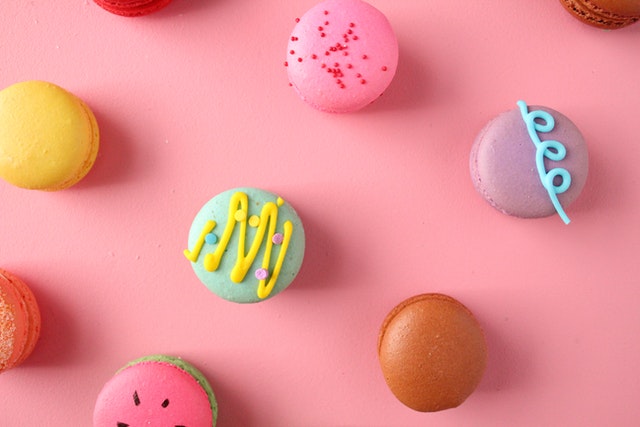 London’s offerings of Desserts are both ample and diverse. In between exploring some London’s famous landmarks leaves time for tasting some of London’s best and most Instagrammable desserts; cakes, patisseries, ice creams, doughnuts and many more; you name it we have it!

The city is filled with cool bars, restaurants offering enticing food, but if you wanted to go straight to the point. We have combined a list of sweet spots you must try when you visit London. 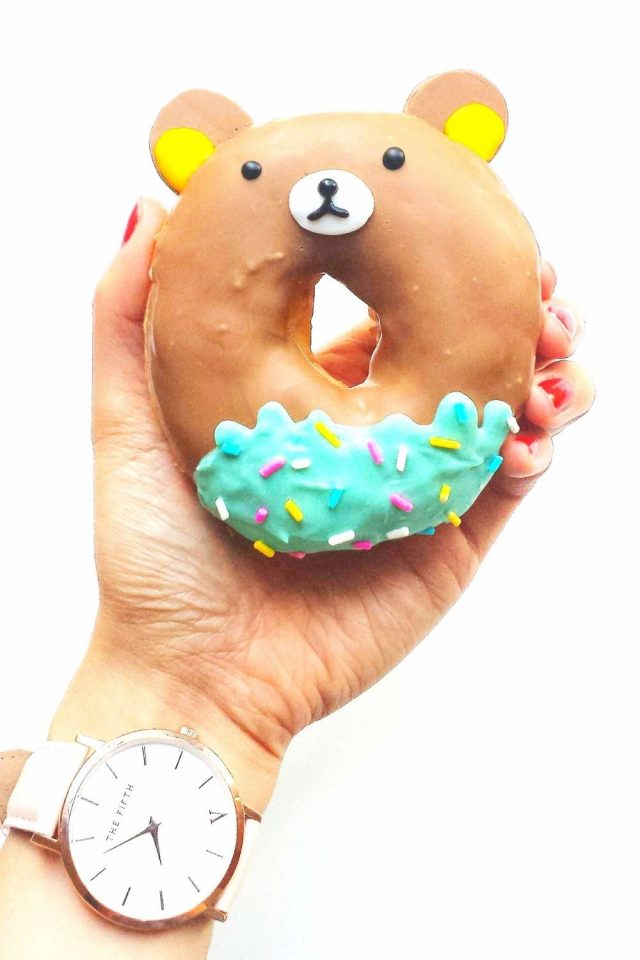 There are so many places to find amazing desserts in London, my favourite places beyond these cafes below, are markets. Markets like Borough Market, or the Southbank Market that I shared pictures of in my post on cool things to do in London during summer or places like Spitalfield Market. Too many to name, but even if you only have 1 day or 3 days in London, one cannot miss out one visiting at least one of these places. You could literally eat your way through the city but if you don’t have that much time we have got the run down of places to add to your list of must-try desserts in London. 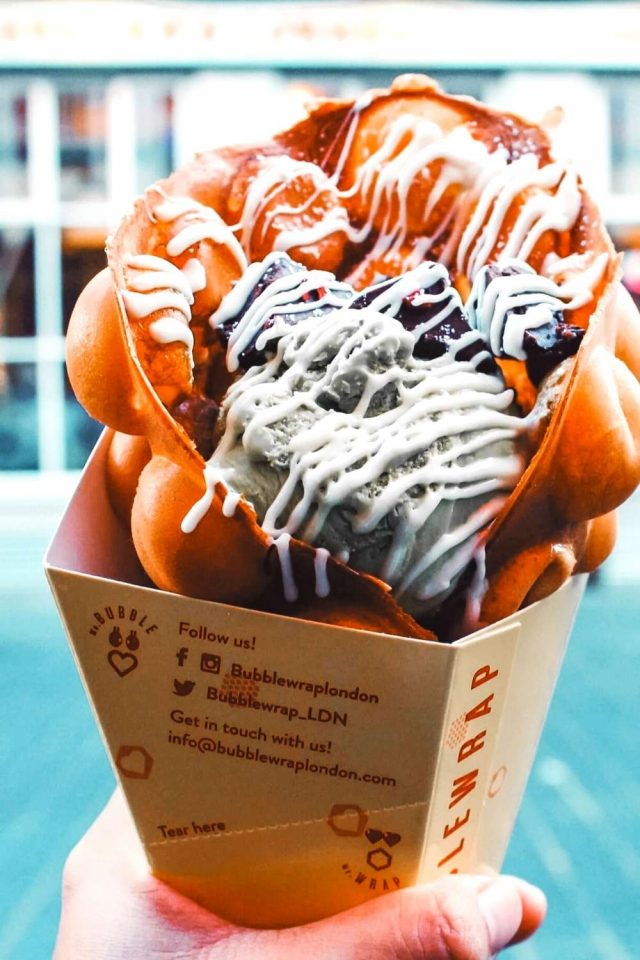 If you have been living in London for a while, you must have seen this insta-famous bakery in your timeline. It’s a must-see and a must-go place for bloggers and photography lovers.

When you first see Peggy Porschen, you are taken aback charm and how beautiful it is. You will feel mesmerized by the pretty pink flower design and how well it is conceptualized and implemented. It’s easily one of the attractions in Belgravia, London.

Not only the place, the cakes are delicious, well-presented and very reasonably priced. Their red-velvet cake is a must try as it is regarded as one of the best red velvet cakes in town. Another delight is the Vanilla Cloud Layered Cake which is right amount of sweet and the taste of vanilla is not very overwhelming.

A few years ago, in 2017, London got its very own BubbleWrap Waffle Shop in Chinatown and it quickly became the local favorite. Bubble Waffles, originally called Egg Waffles originated from Hong Kong and its batter was made of broken eggs that couldn’t be sold to customers.

The waffle mixture is poured in a special machine to give a bubbling effect. The Waffle Cone can then be topped with different sweets and savory toppings of your choice like Oreos, nuts, fruits and ice cream to create the delicious treat. 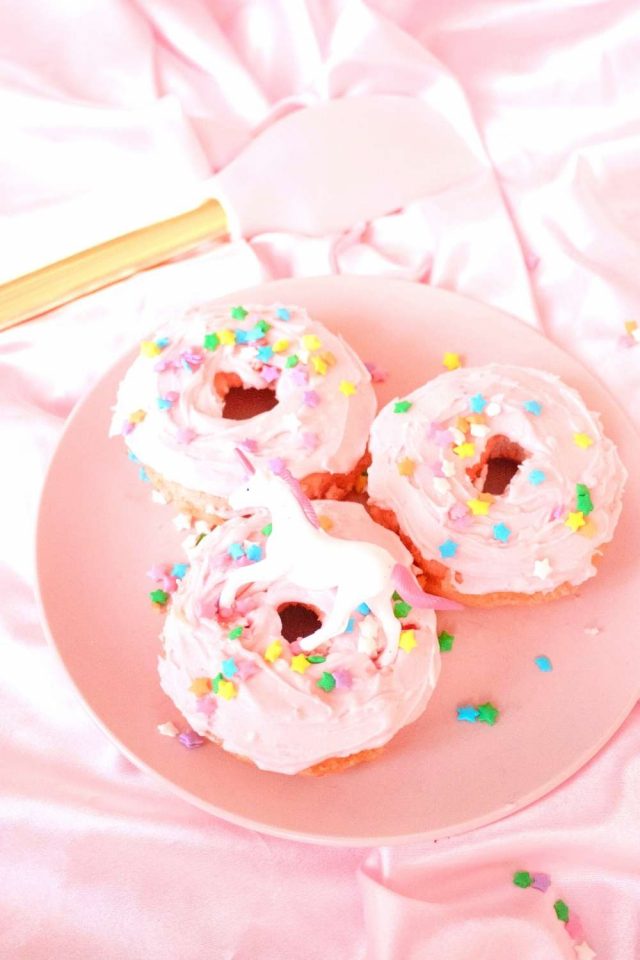 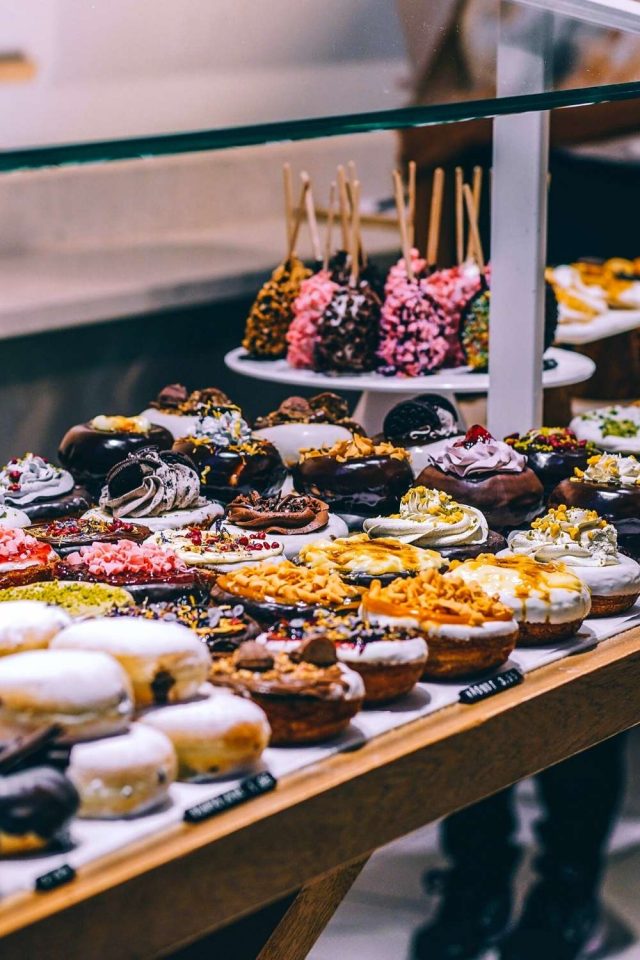 Baker Sammie Le came up with this ingenious idea of Ice Cream Macarons when she realized she didn’t like throwing away the yolks when made macarons. So, she found out a recipe for ice creams that utilized the egg yolks and named “Yolkin” after realizing that making ice cream was the perfect way to use up the egg yolks, she had left over from making macarons.

Yolkin is one of the best dessert restaurant pop-ups in London. Some of the favorite flavors are Watermelon Candy, Lemon Meringue, Salted Caramel and Cookie Monster. They are made limited amount each week so don’t wait around.

Although both Gelato and Ice cream have cream, milk and sugar as their main ingredients, genuine Gelato uses more milk and less ice cream and generally does not contain egg yolks, a common ingredient for ice cream.

Gelupo is a Gelateria in Soho that offers you Freshly made Italian ice cream in deli-inspired flavors, served in blue-and-white tiled interior. The available flavors at Gelupo rotate all the time but the crowd favorite is the ricotta and sour cherry. 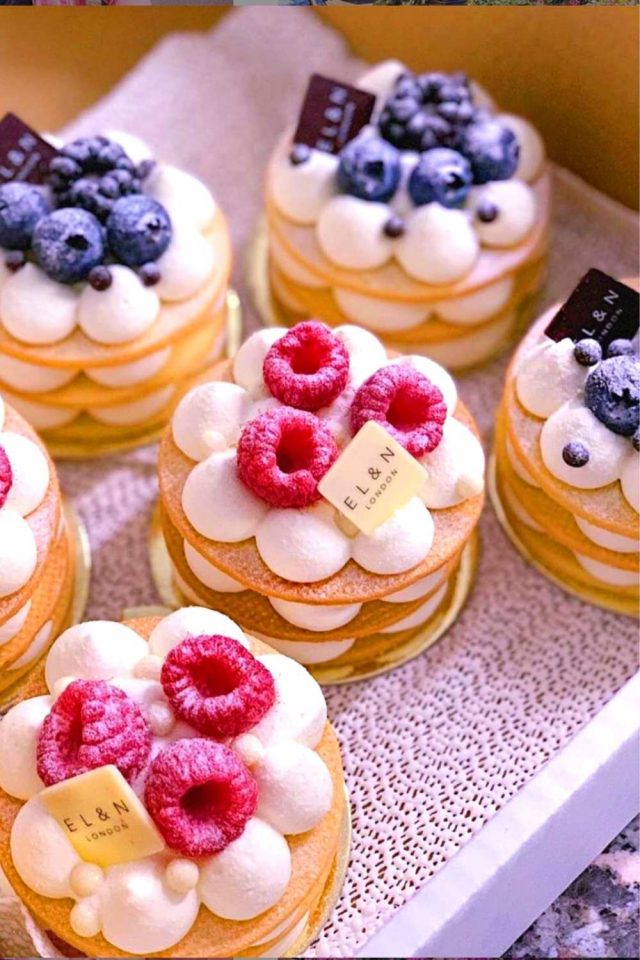 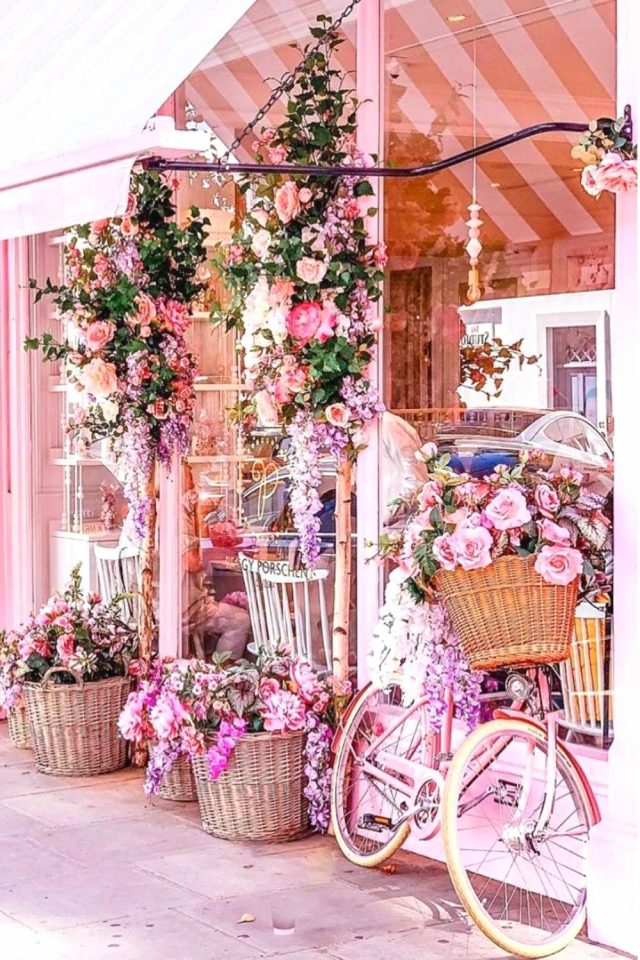 If you are a fan of tasty doughnuts, you should visit St. John Bakery and try out their delicious doughnuts! Started by Justin Gellatly, the doughnuts created by the St John’s restaurant group are a bit of a conundrum in the city, and for a good reason. Their classic filled doughnuts are utterly tasty but uncomplicated and simple.

St. John’s focus on the time they spend to let their dough get mature which gives a fluffy cloud-like texture to the doughnuts which makes it pleasurable to chew. The fillings have a nice rich flavor and it melts in your mouth as you bite into it. Try out their best sellers ‘Vanilla Custard’ and ‘Raspberry Jam’ filled doughnuts.

*TODAY IS THE DAY* (for doughnuts and beer)! . You may have seen that, as part of our ongoing collaboration with the @_bridgetheatre we will be bringing you freshly baked doughnuts and cans of craft beer every weekend, starting today! If you’re planning on making the journey or you happen to be in the area, follow the familiar piggy figure and you’ll find our counter just in front of the theatre’s foyer doors. And if beer isn’t your tipple of choice, don’t worry – there’ll be a small selection of @stjohnwine available to takeaway too! . You will perhaps also be pleased to know that Potters Field Park lies just beyond the theatre steps, which means you can devour those aptly named “pillows of joy” with cheery immediacy, whilst surrounded by views of the Thames, Tower Bridge and the city opposite. A beer can in one hand and a doughnut in the other? Let the weekend begin! . Friday – Sunday 12pm-4pm 3 Potters Field Park London SE1 2SG . . . 📸 by the marvellous @samaharris 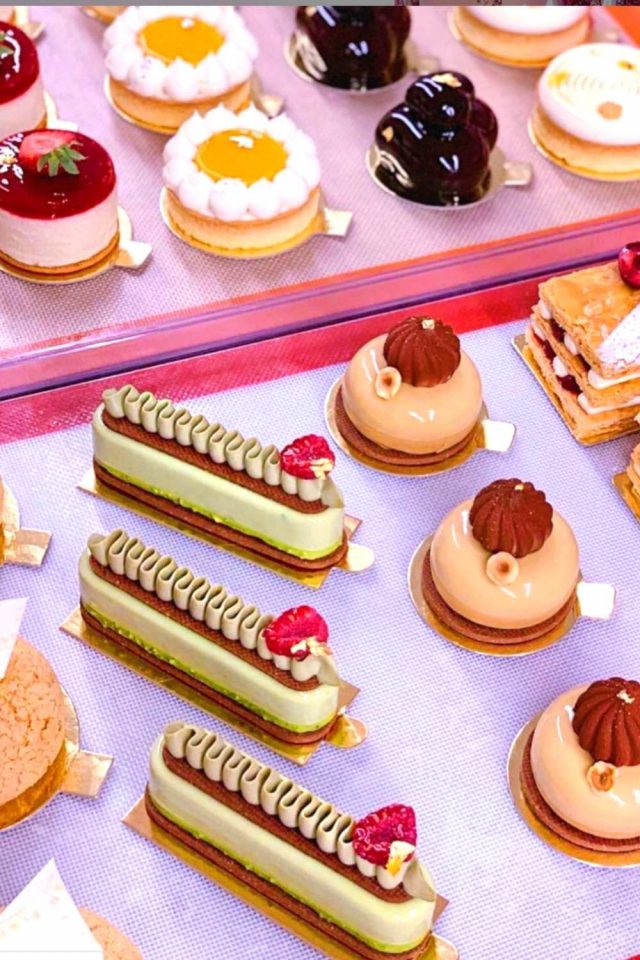 Nostalgia is well known for its bubble waffle that is served up with delicious toppings of fruits and chocolate. Originally inspired by the Hong Kong off puff but taken to a whole new level. They also serve bubble tea, a Taiwanese tea-based drink infused with flavours. All desserts are made to order and 100% vegetarian.

The S’mores at Flesh and Buns

The S’mores offered by the Flesh and Buns restaurant is one of the most indulgent desserts in the city of London. You are encouraged to play around with your own food at Flesh and Buns and dessert highlight of this DIY food concept, is the s’mores.

It’s a classic American Marshmallow toasting idea mixed with a Japanese twist brought to London. They offer you a tableside campfire and you can toast your passionfruit marshmallows to perfection and enjoy them with a crisp bite of almond biscuit.

Biscuiteers is an online gifting company and they also have a boutique. They make hand-made, hand-iced biscuits in their lovely collections. The idea behind café that they were looking for a more interesting way of gifting people and they realized that the biscuits are the perfect kind of opportunity because you can do anything with biscuits, they are quite flexible.

They have a variety of collections that contain biscuits for Mother’s Day, Father’s Day, Christmas, Easter and all the main seasons. They are well-known for their fashion collection in London. Their Icing Café lets you put your own decorations and icing on biscuits which you can send to your friends. 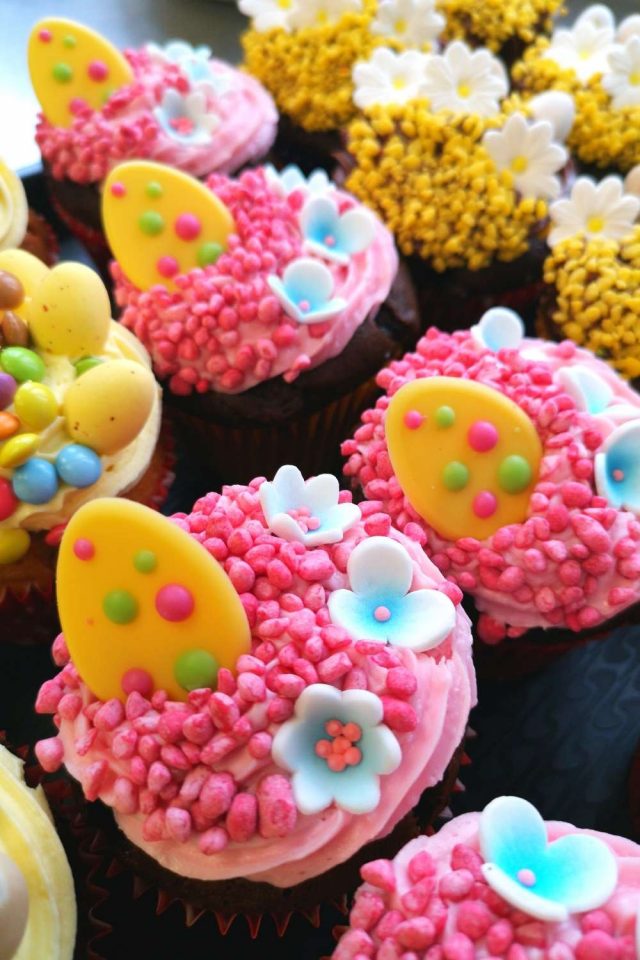 Created by three Michelin-star pastry chef Joakim Prat, Maître Choux is one of word’s first patisseries to dedicate themselves completely to creating the feather-light French pastry. They are sold in the form of bitesize choux buns and eye-catchingly decorated eclairs.

They are not your average looking eclairs as they are worlds apart from regular eclairs we see with soggy textures and a strip of milk chocolate on top.

At Maître Choux, these eclairs are given more attention and care than most restaurants pay to a three-meal course. They are visually appealing, and taste even better than they look. They quickly became the favorite at South Kensington dessert jewel. Among the creative flavors are Spanish raspberry and rose water, blackberry cheesecake and Tahitian vanilla with pecan.

This French Restaurant in London takes pride in offering the perfect French Cuisine with the grace of a Parisian salon. The warm environment of the restaurant welcomes you with Baskets of pain de champagne, artfully distressed wooden furniture & soft, flattering lighting that would be enough to impress most people. It’s the perfect atmosphere for people to watch and warm up from the winter chill.

Their desserts are a must-try when you visit. The restaurant offers you a quite uncomplicated menu for desserts, from Tarts to Cakes. The fresh eclairs and tartines are hard to pass on with their beautiful and chic presentation on display. 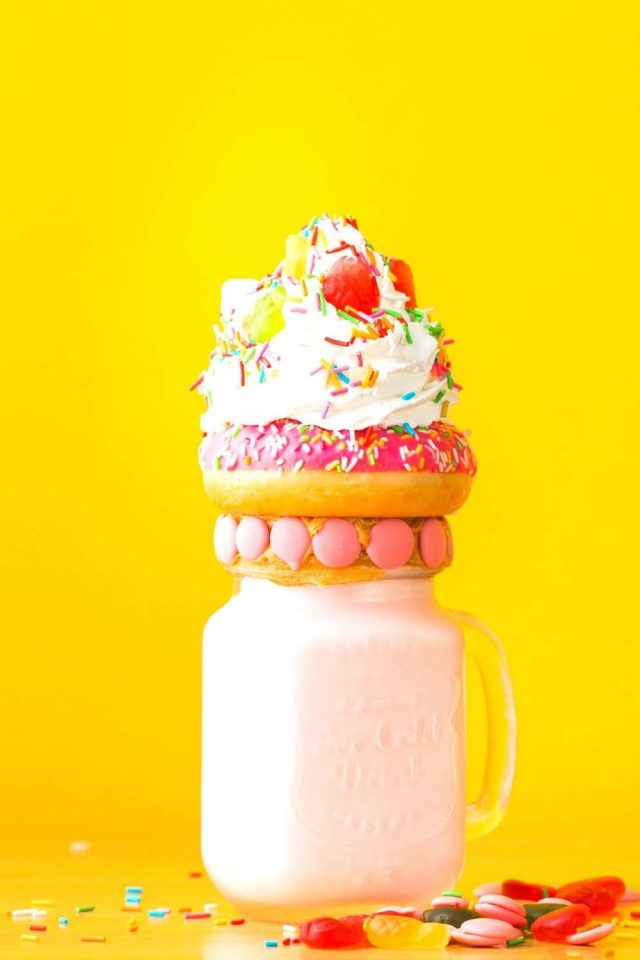 Another eye-catching bakery in the heart of West London that immediately gained attention due to its beautifully managed ambiance and pink theme. The flowers, the seats, the floor; it’s all gorgeously pink! it’s hailed as “The most instagrammable cafe in London” by tourists and bloggers.

From the clear window, you can view the huge collection of pastries and cakes with a large flower heart on top that welcomes you as you enter.

They have an extensive collection of choices for smoothies, milkshakes and coffee to a menu dedicated for cakes only for people who have a sweet tooth. The bakery is suitable for all visitors, whether they are looking for a morning coffee, brunch or tasty dessert to satisfy their sweet tooth.

Some experimenting going down in our pastry kitchen…watch this space 👀🍰 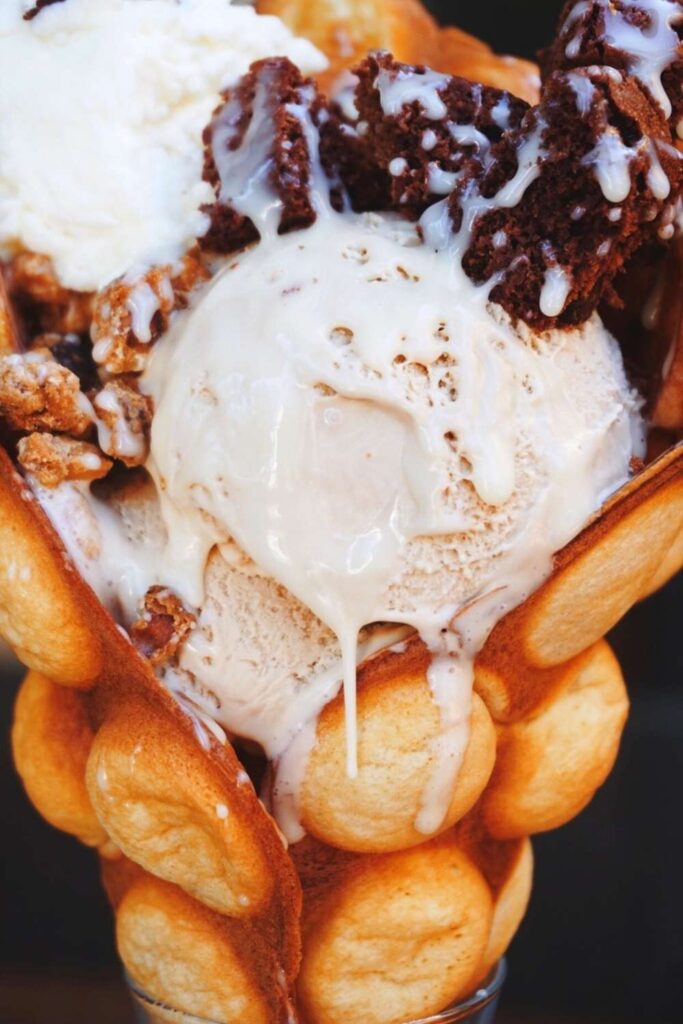 You can also create your own ice cream and milkshakes by swirling our creamy ice cream base with different mix-ins, or they can create a sundae special for you. The perfect Instagrammable candy floss cloud ice cream cone or shake.

Cool down with a Milk Train treat!! Happy Friyay! Get our summer range of ice cream tubs delivered to your door ➡️ www.milktraincafe.com/shop 🥵🍼🚂🍦🍦🍦🍦🍦🍦🍦🍦 . . 📸: @myldnfood The Unicone 🦄 ice cream

Check out this video by fellow blogger Hues of Delahaye. 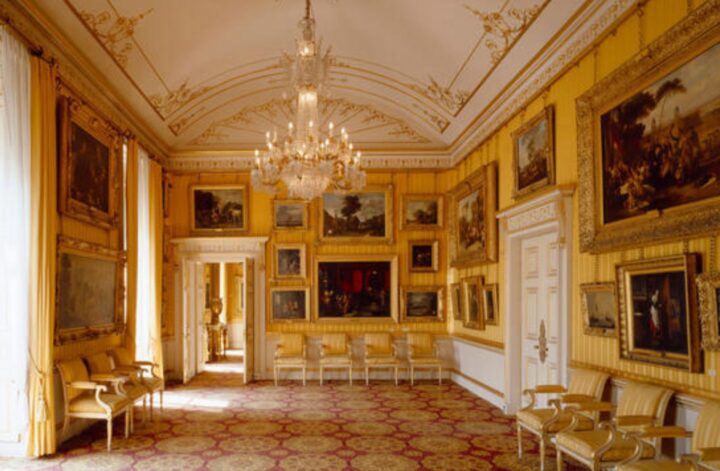 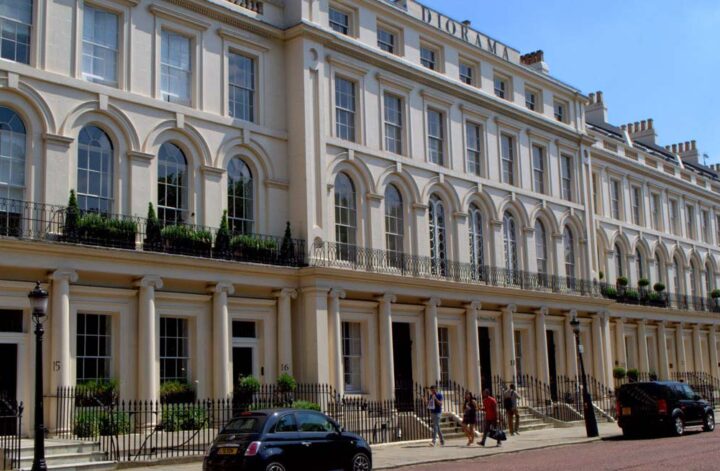 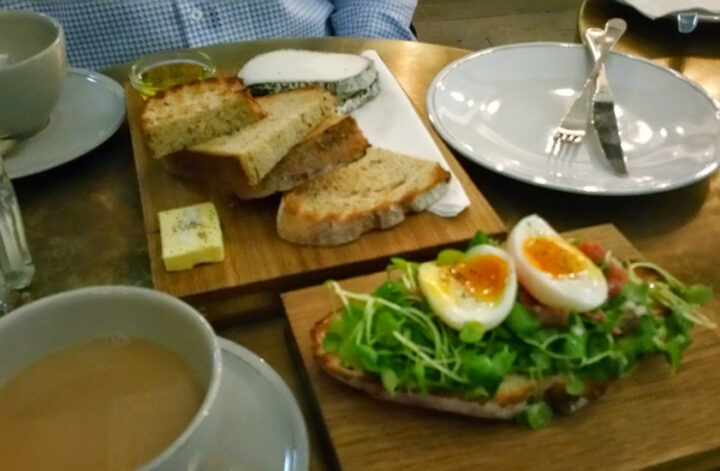