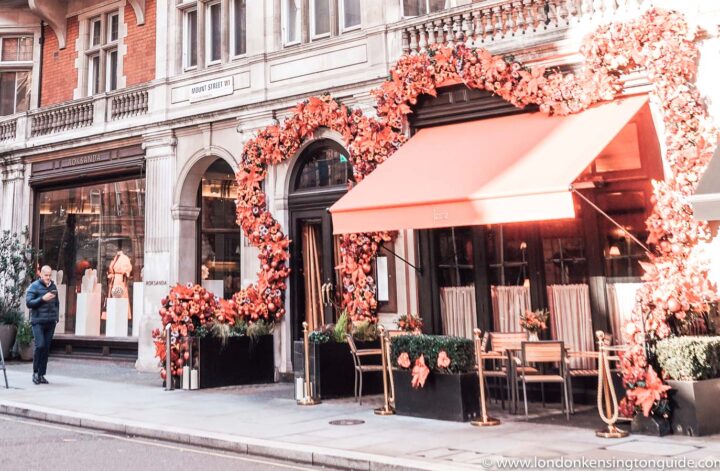 The history of Mount street dates back to around the 1700s when the Mayfair area was being developed. Much of the development from this period was influenced by the Grosvenor family who still has shares in the street and much of the area in Mayfair and Belgravia.

You have no doubt heard of New Bond Street or even Sloane Street, both of which are exclusive shopping destinations in London when it comes to high-end fashion boutiques. When now you get introduced to another shopping gem in the heart of Mayfair that is Mount Street. Here you will find not only fashion houses but exclusive restaurants, cafes, and spas.

A Little History Of Mount Street In London’s Mayfair

About a hundred years later, the street has seen major redevelopment of Mount Street and its immediate surrounding areas. This area is rich with the history of some of Britain’s aristocrats.

At the end of the 19th century, Mount street was redesigned to include a public garden that we now know as Mount Street Gardens which is enjoyed by passers-by and local residents. Another major renovation of the street was around 2007. This was accelerated by the fact that Marc Jacobs decided to choose a spot on this street as his store.

In 2010, other developments were made to the street to enhance its improvements. With the street now welcoming more visitors, it was time to work out something that would see people move around smoothly.

Talented designers came up with a proposal that was widely accepted and renovations began again. However, the renovations had to be slow because a lot of businesses had already established themselves.

The fruits of all this work is now what you see when you explore Mount Street when shopping or whether staying at the Connaught Hotel which is among Mayfair’s luxurious hotels and one that has been long-standing in the area. 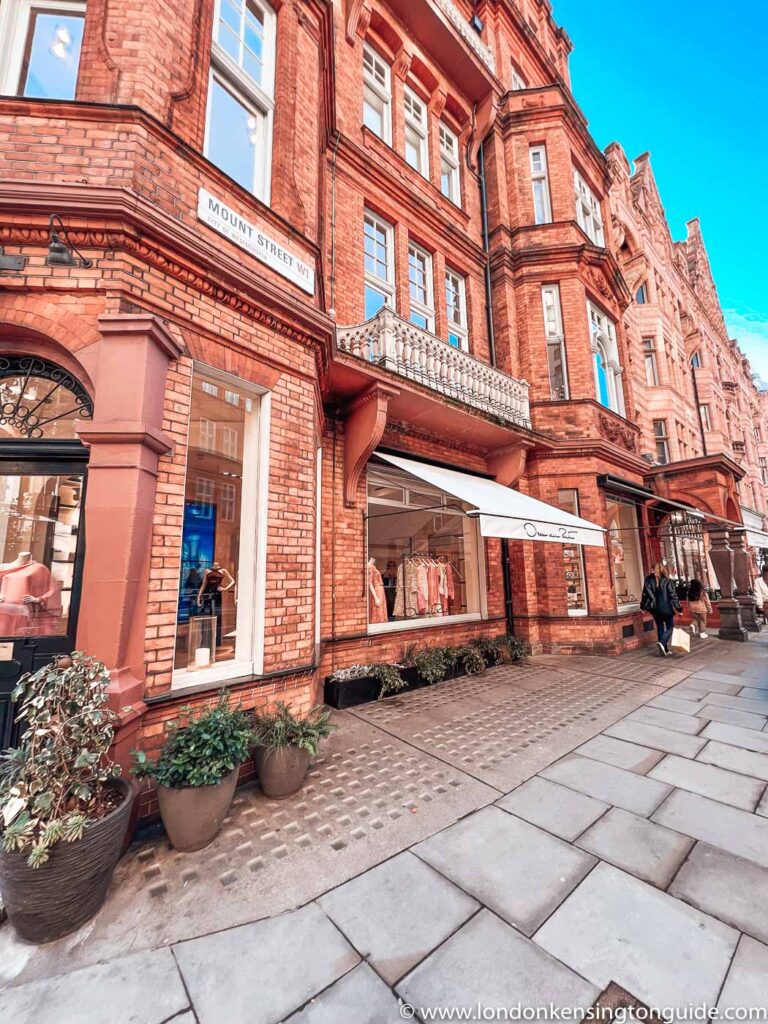 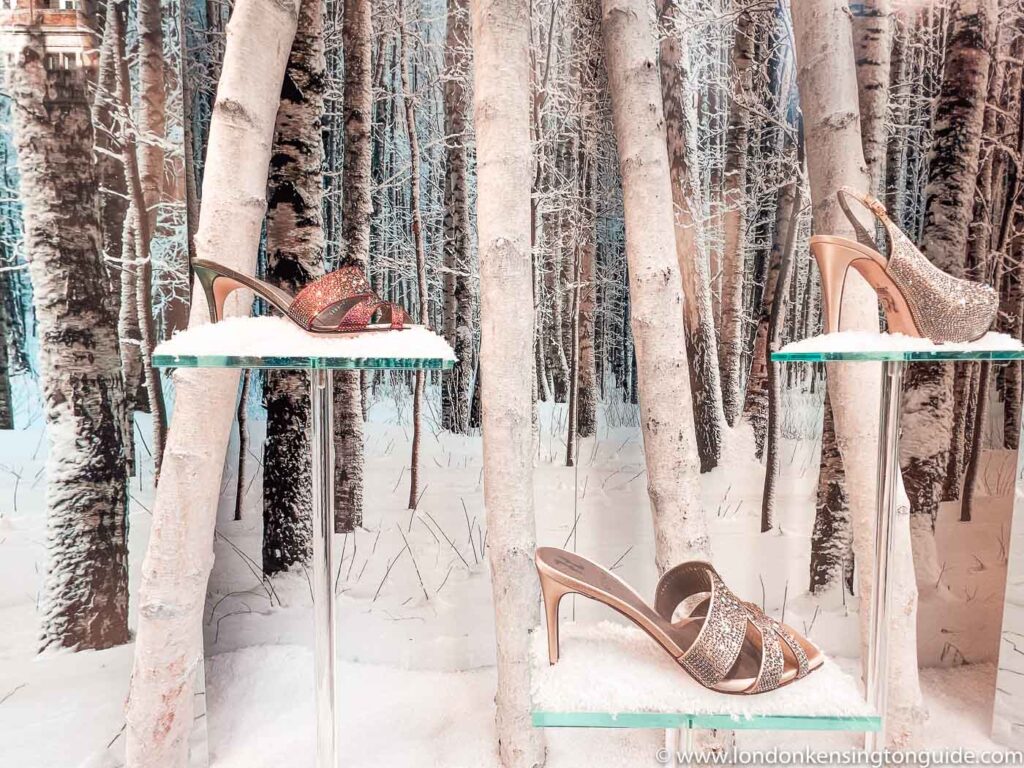 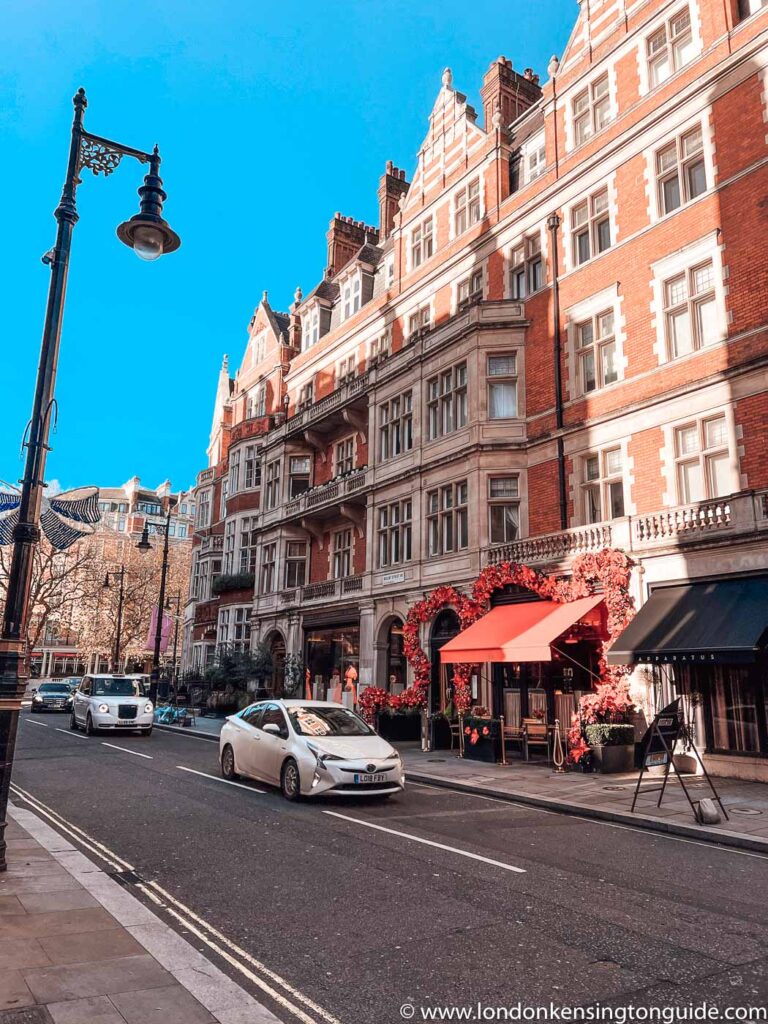 Things To Do Near Mount Street

There are plenty of fun things to do in Mayfair, from exploring gastronomy through Italian restaurants to Japanese, and Indian food. In addition to amazing Mayfair brunch, cool cafes, and pubs, the food court is housed in a church.

So many other little quiet spots to chill out and relax in. From Brown Hart Gardens, Grosvenor Square, and Berkley Square to name a few.

Shopping on Mount street is an experience worth trying. If you love fashion, this is probably one of the best places to see talented designers. Since around 1720, this retail spot continues to attract locals and tourists who love private shopping.

Premium fashion boutiques of the area like Lanvin and Oscar de la Renta are located here. Among the best places to shop in Mayfair.

Almost anything that you will need is found here. For example, there is a butcher’s shop that has existed for over 170 years and still serves the best pieces of meat around. The street is also home to Scott’s. This is a first-class seafood restaurant in the area where you can enjoy unique meals.

Mount street gardens is a popular feature in this street that was developed for passers-by and local residents. The area was originally a burial center for St James Parish but was later closed in the 1850s.

The place has benches donated in memory of people who have loved the garden. Visit this gem to experience a community feel. You can also visit this place if you want to rest and unwind. 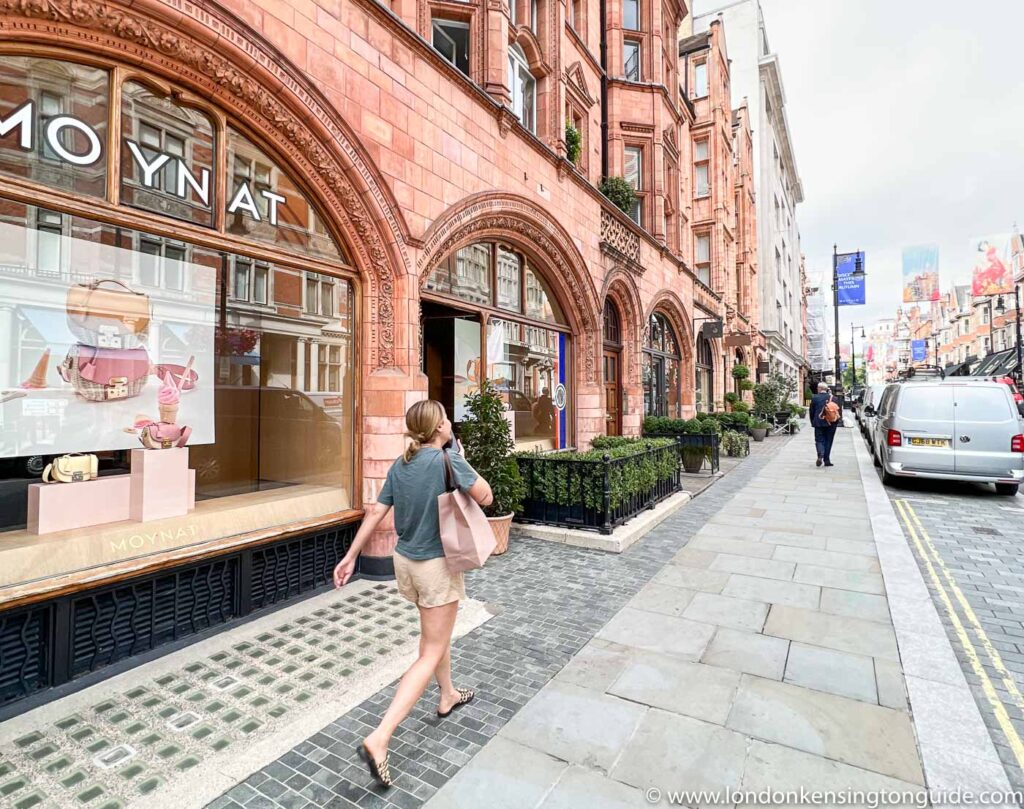 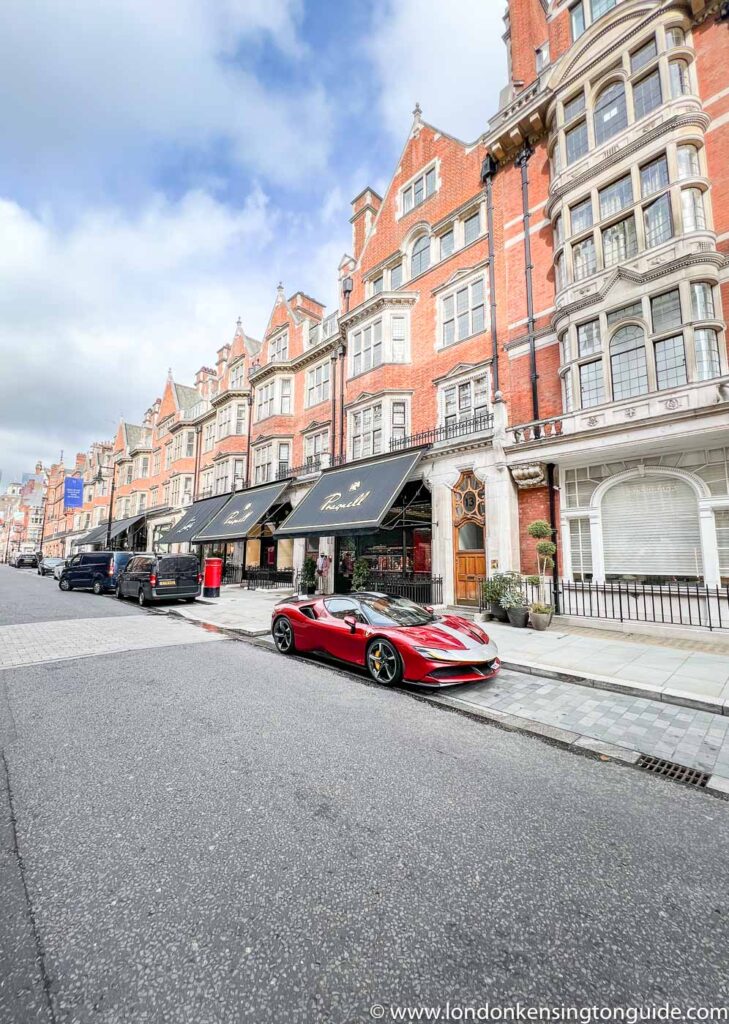 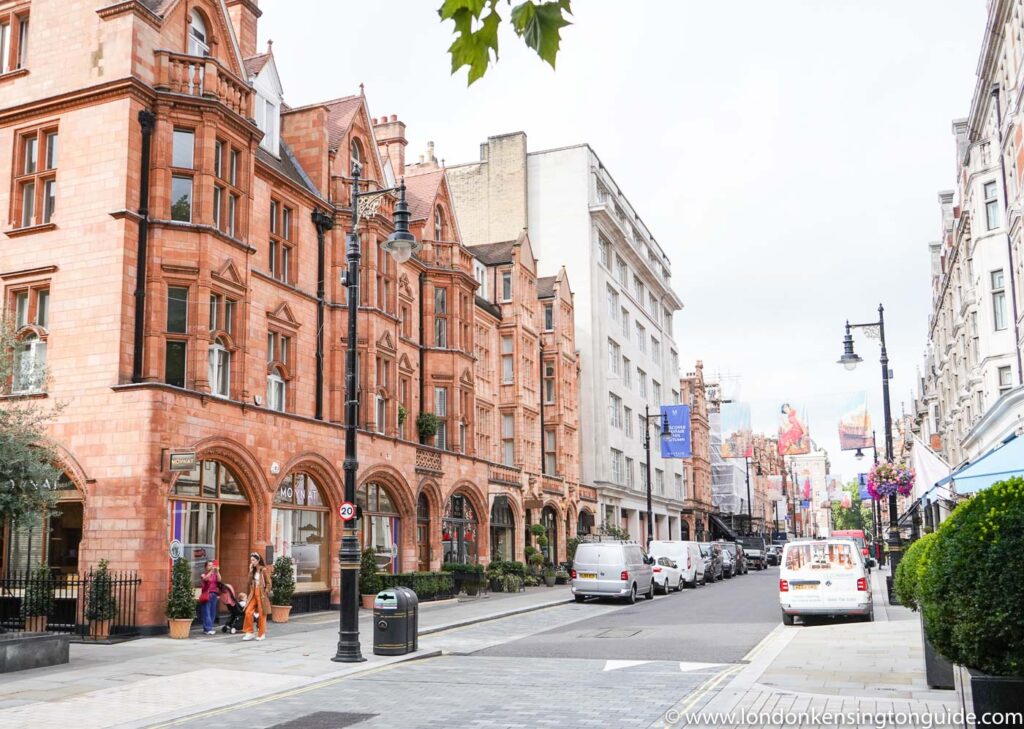 Visiting Sadie Coles HQ art gallery is another exciting thing to do on Mount street. The gallery was opened in 1997 with a few artists but as of today, there are over 52 artists from many parts of the globe.

It represents both emerging and established artists from all over the globe. Visit this place to see art of super-talented artists of the world.

Shepards Market is another place where you can shop for unique and amazing products. It is a small piazza and square where you will find a variety of restaurants, boutique shops, exciting Victorian pubs, and more.

The prices of products here are reasonable and the products are of the right quality guaranteeing you value for your money.

Gagosian art gallery has nineteen locations worldwide and one of those locations is on Mount Street. The gallery specializes in contemporary and modern art that attracts locals and tourists visiting the area.

From time to time, the gallery exhibits influential of the 20th and 21st centuries. You will have a whole new experience all the time you visit the place.

Make a stop for some coffee and sweet pastries that are just too delicious and beautiful to tack into. The desserts here are among the best desserts in London. You can also check out the Marchesi London Store which also does cakes and chocolates. 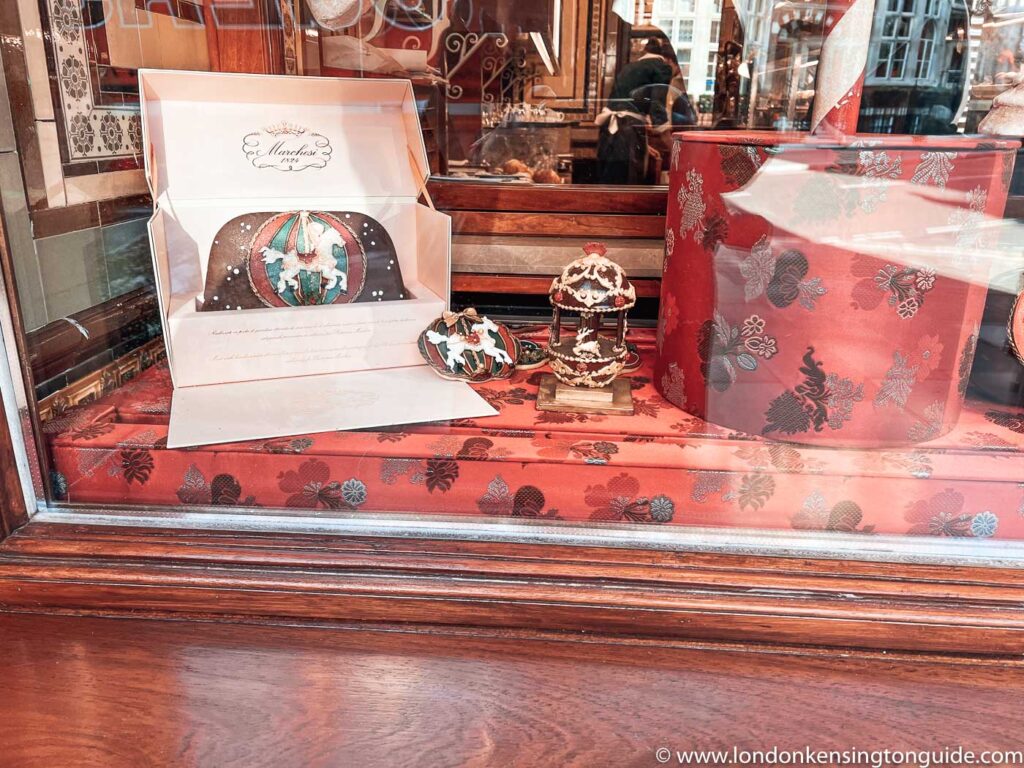 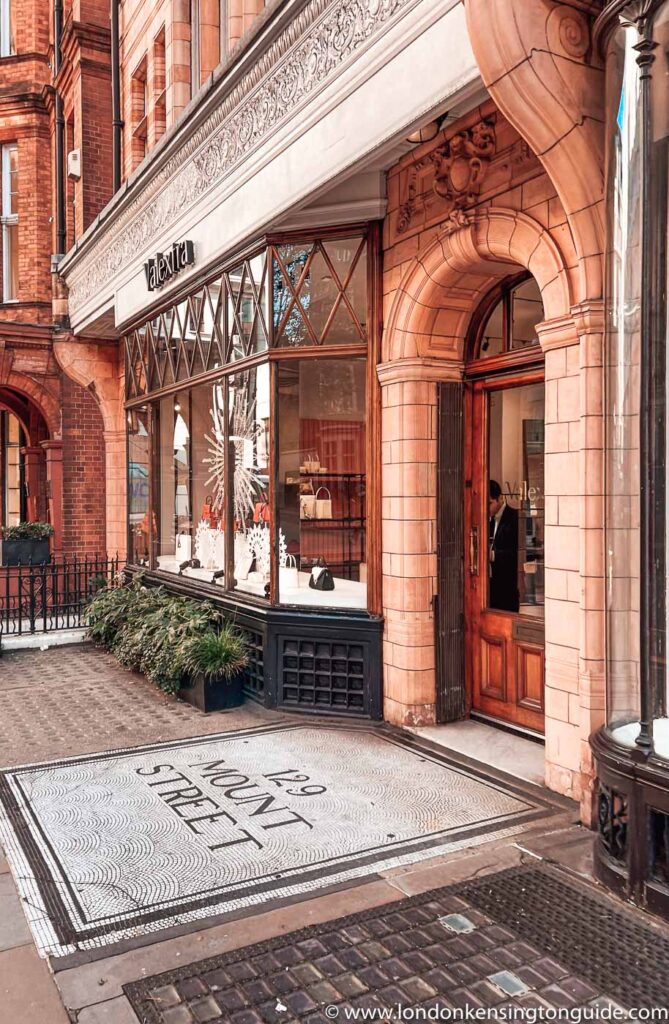 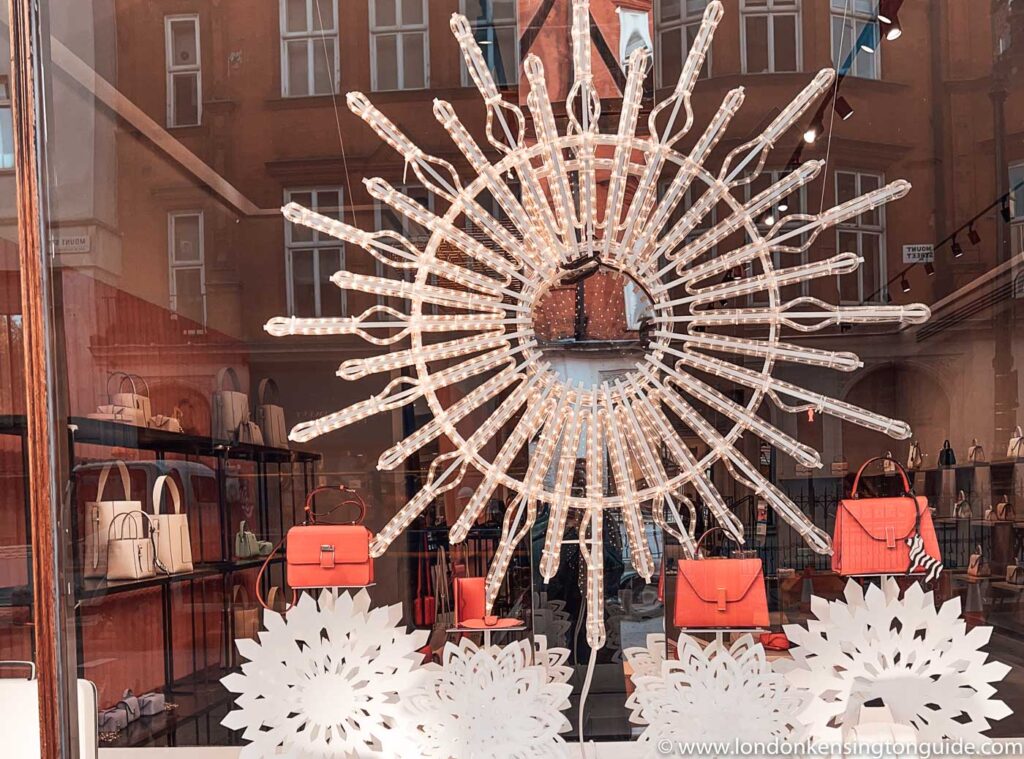 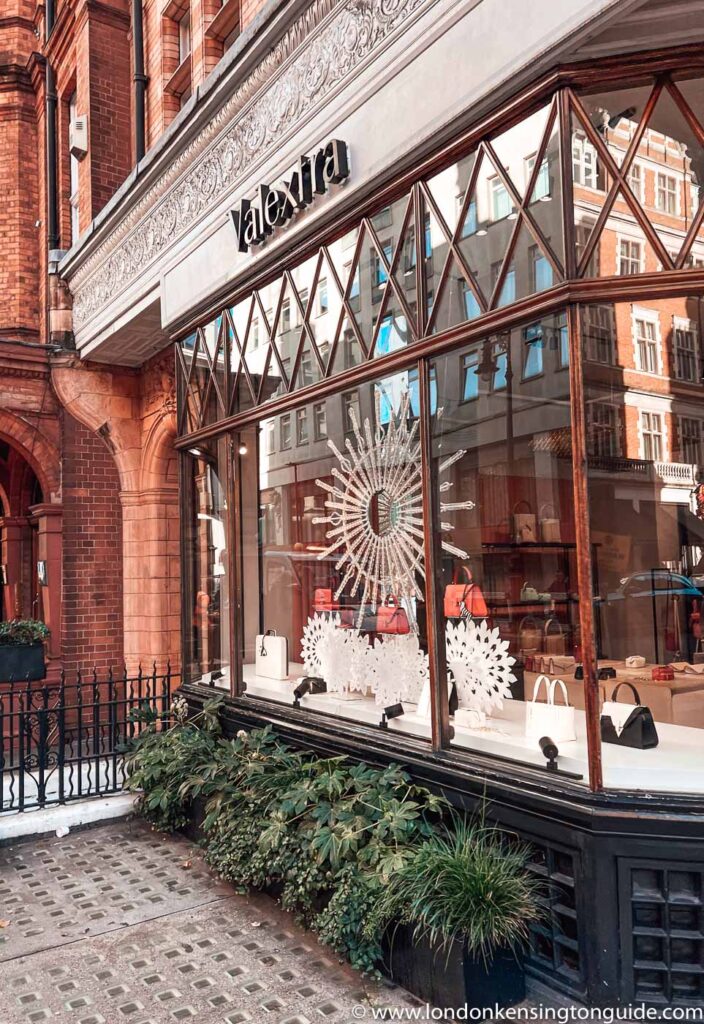 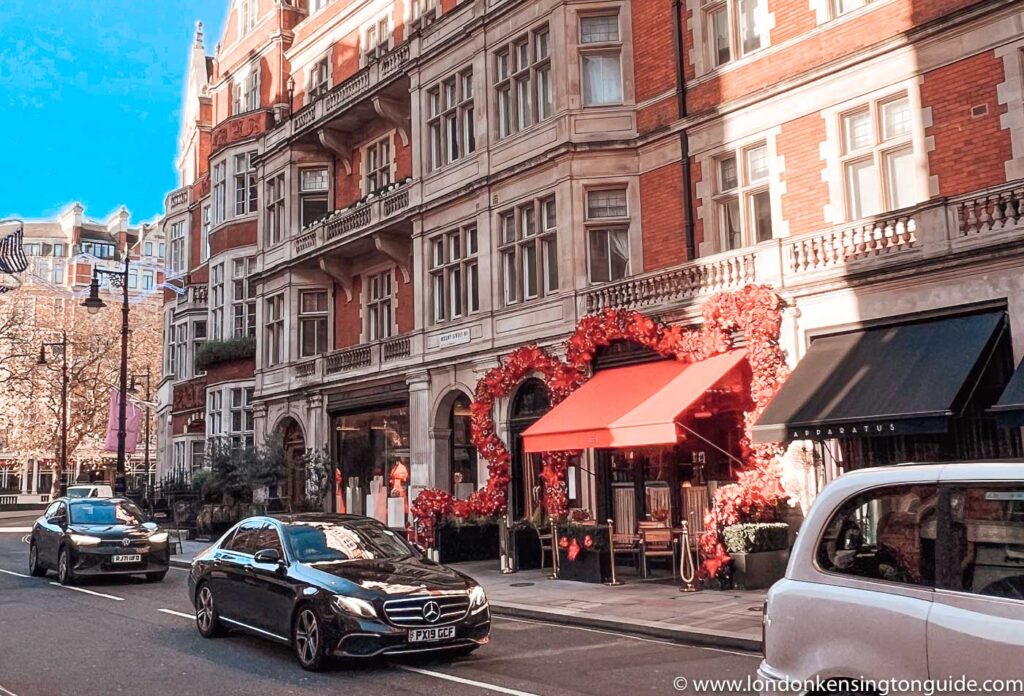 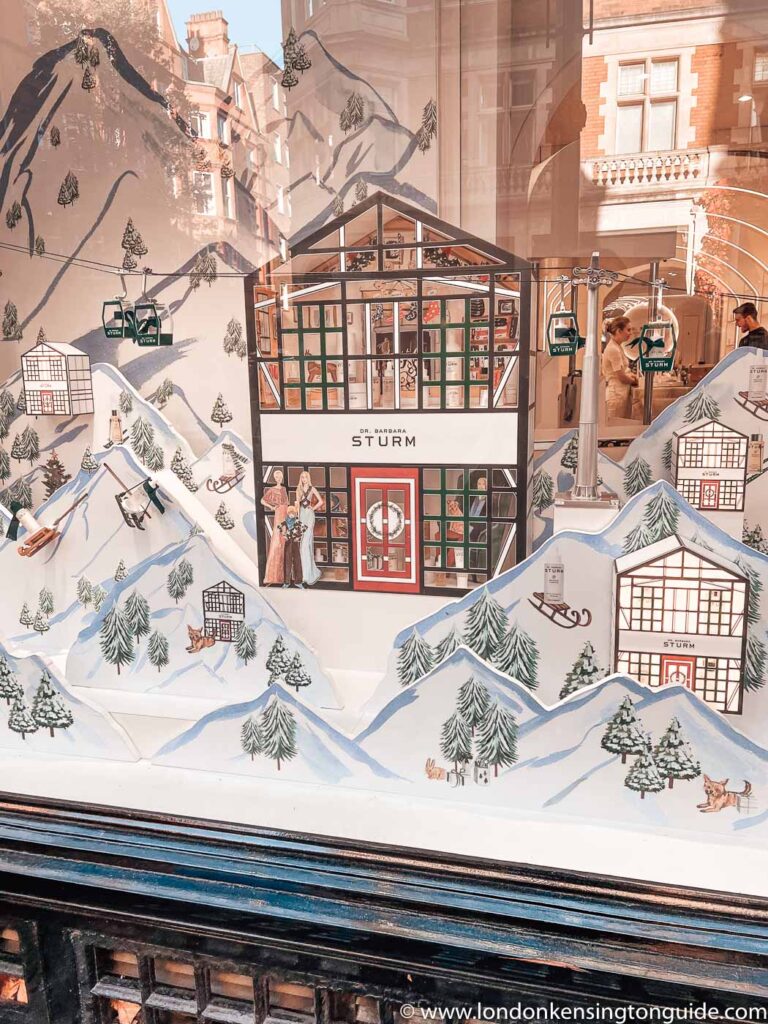 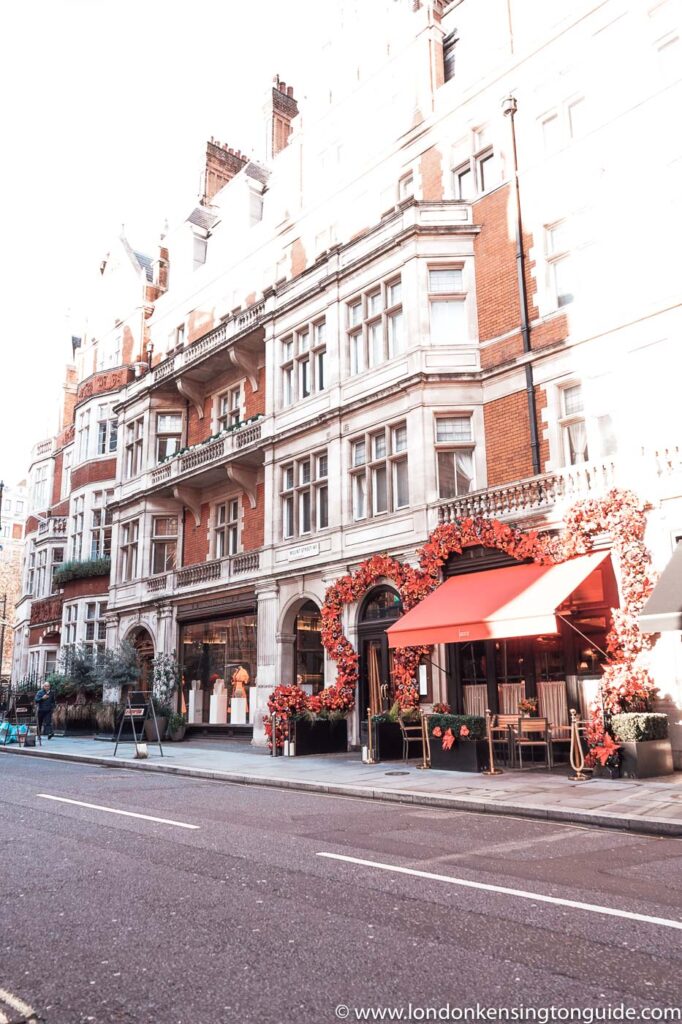 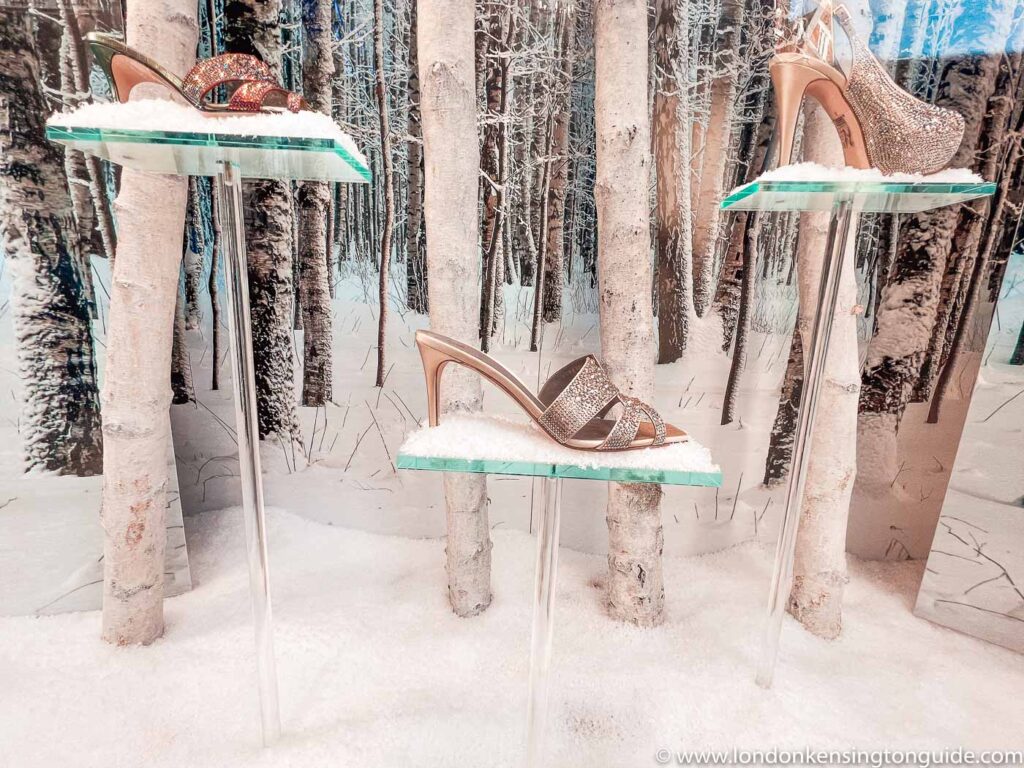 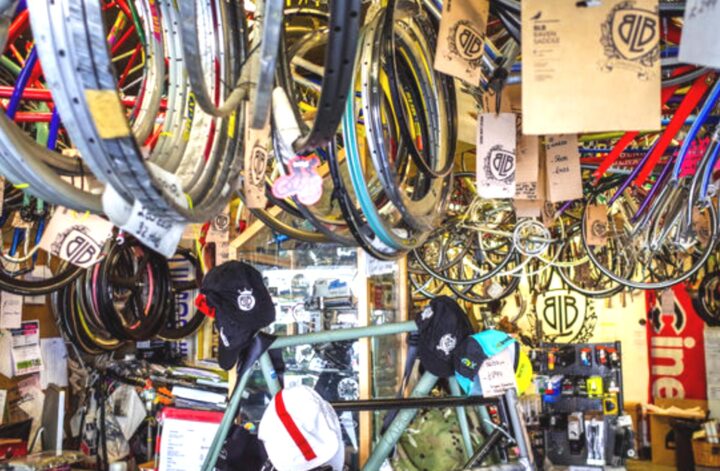 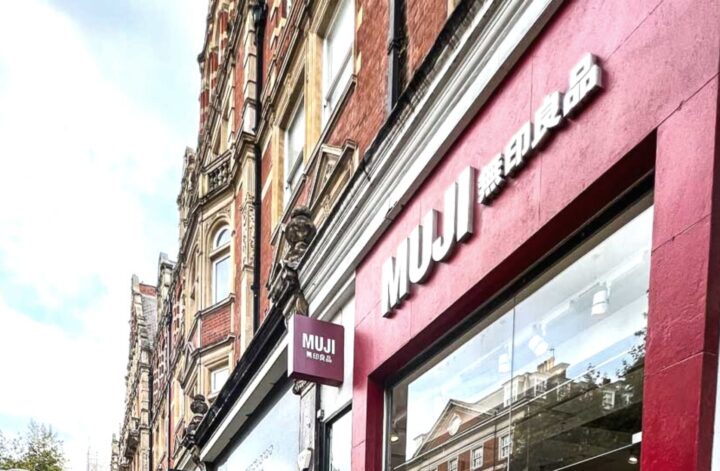 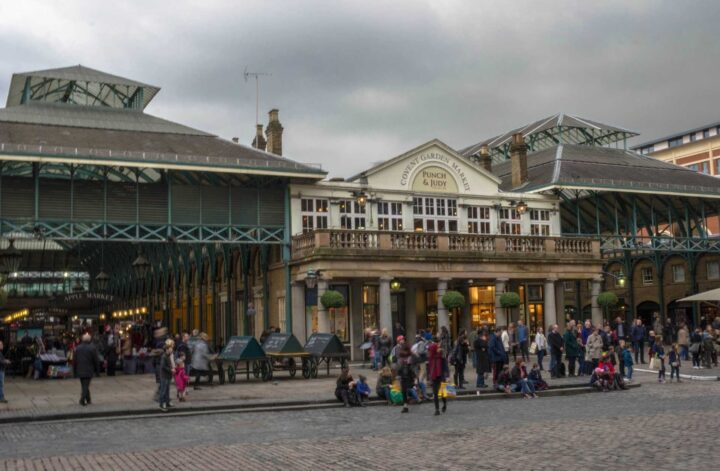