The Best Ways To Get From London Airports To Central London 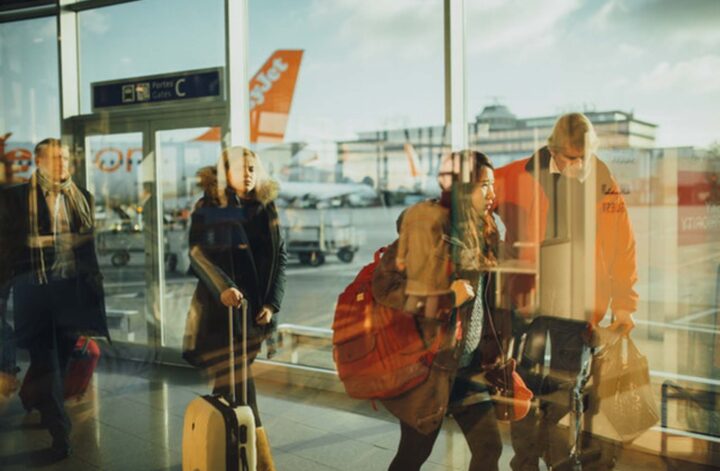 London is serviced by a couple of Airport. I feel lucky that I have used all of them so below I am going to share tips on how to get from these airports to London.

From the best way to get from Heathrow to London, how to get from Gatwick to London, and the same for London City Airport, Luton, Stansted and Southend Airport.

Insider tip: If your flight arrive after 1am from the smaller airports like Stansted, Luton or Southend, you may have to get a coach from these airports if you miss the last trains.

Coaches arrive at Victoria Coach Station, which is in Central London and from there you can make your way to complete your journeys to parts of London.

Also if there are issues with trains you can get a London airport transfer or coach from Victoria station to the airports. You need to allow enough time because London traffic is nothing to play with.

To get an estimate of how much Uber is from the airports or other locations you are coming in from then use: http://uberestimate.com/  Prices above are based on what I have paid when I used Uber.

You can also download a pdf tube map and plan your route from the airport to central London or to your hotel. If you are on a layover and want to make the most your time I have some cool and unique things to do in London at night or if you are in for a day then check out my one day London itinerary. 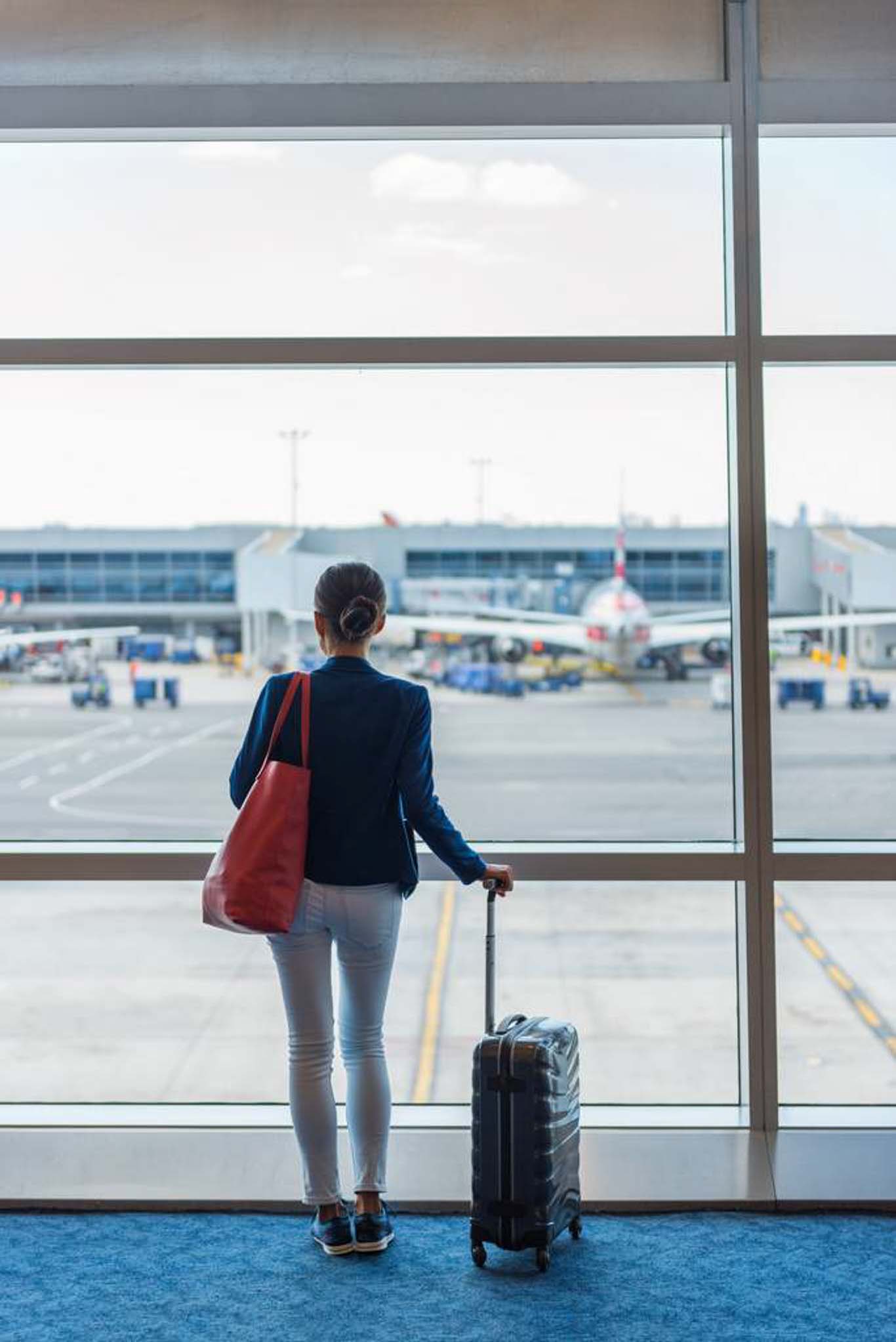 London Airport Transport At A Glance

The fastest way to get from Gatwick to London: Gatwick Express from Victoria Station and Thames Link fast train 41 minutes from London Bridge to Gatwick.

Best Ways To Get From London Airports To Central London

Other than foreign airlines, the main Airlines in the UK that are popular are BA, Aer Lingus, Flybe, RyanAir and EasyJet all of which serve Heathrow, Gatwick, Stansted, Southend, Luton, and City Airport.

How To Get From Heathrow To London – LHR to London

From Holborn station, you then have access to get to pretty much all of London but you can also continue on the Piccadilly Line to North London or change for other tube lines. Trains run every 5 minutes between 5am and 11.45pm on Sundays from 5.46am to 10.37pm. Fares are from £4 with an oyster card.

London To Heathrow By Express Train: Another fast way to get from Heathrow is via Heathrow Express from Paddington and then from Paddington you have the British Railway connecting you to other cities in the UK as well as other underground tube lines to get to the rest of London.

See also  Exploring Trafalgar Square Plus Things To Do Nearby

Heathrow Express leaves Paddington about every 15 minutes and takes 25 minutes to get to Heathrow Airport. Tickets cost from £27 single and £42 for a return. You can save money by booking in advance online. Check Heathrow Express site for more details.

London To Heathrow By Car: Alternatively, the best way to get from Heathrow to London with luggage is to use Uber, also works out cheaper if you are in a group as you can split the taxi fare. Uber from the Heathrow to central London cost about £40-50 which is close to the cost of your one way trip from Heathrow to Holborn in a group of 4 people.

London To Heathrow By Coach: You can also take the national express from London Victoria Coach Station. Just make sure you allow plenty of time because there can be a lot of traffic when leaving London. The usual journey time from London to Heathrow by Coach is around 40 to 60 minutes. Fares for the coach start at £7. If you are leaving super early in the morning and want to stay near Victoria Coach Station check out my post for recommendations.

How To Get From London City Airport To Central London

You can find the DLR line map and details of other stations on the line as well as event and activities in surrounding areas on the line. There are fast trains from London City Airport to Bank Station which is in central London. The journey time from Bank (central London) to City Airport is about 34 minutes.

Tip: If you are coming from Canary Wharf to London City Airport, you need to change trains at Poplar station. Trains run every 7 minutes and journey time is around 22 minutes. Fares on the Oyster are from £3

Remember that Bank Station has many exits and is very busy with city commuters so bear that in mind during your journey through this station when you are here during rush hour with suitcases. Alternatively, you can change at Poplar and then use Tower Gateway if coming from the airport into the city.

How To Get From Stansted To London

Tickets for the single fare is £18.10. You can also get a group discount for groups of 4+ people.

London To Stansted By Car: Alternatively, if you plenty of luggage or are in a small group its best to use Uber for a stress-free option. Also you can use Uber once you arrive at Liverpool Street Station. When you arrive at the station and come out of the barriers, right across are escalatora up where you can see a McDonalds.

Most Ubers will pick you up outside McDonalds as that is also where the taxi ranks are. If arriving late in the night Uber or taxis are the quickest way to get home or to hotels.

There are also buses by other exits to the station but they take longer. As I live in central London it only takes 5 minutes in Uber to get home from Liverpool Station but a lot longer if I take the bus late at night.

London To Stansted By Coach: You also have the option of taking the National Express or EasyBus Coaches both of which leave from Victoria Coach Station. Coaches leave every 15 to 20 minutes. The journey is approximately 90 minutes with London traffic considered. Fares start from £10.

How To Get From Gatwick To London –  LGW  To London

London To Gatwick By Express Train: There are several ways to get from Gatwick Airport to London. There is the Gatwick Express living from Victoria Station there Airport and tickets start from £25.80 for a single and take between 29 and 40 minutes depending on the time of day you depart.

My preference is to use the Thameslink Line on the Blackfriars branch operating between through Kings Cross, Blackfriars and London Bridge. The fast train takes 41 minutes from London Bridge to Gatwick.

There are slow and fast trains. Just make sure you check the screens. The fast one from Clapham Junction only stops at Croydon Station before you get to Gatwick. The slow one stops are smaller stations on the way and takes about 1 hour instead of 25 minutes.

It helps to know how to get to the Gatwick via the other stations as there can sometimes be issues with trains and you need to change. Best to use National Rail to check trains before you leave as that will also show you if there are delays.

If I see delays on the Thameslink then I tend to go to Waterloo and then through Clapham. If you are closer to Victoria then use the Gatwick express or the normal trains from Victoria to Clapham Junction.

The Gatwick Express does not stop at any other station other than the airport then back to Victoria Station.

London To Gatwick By Coach: There are National Express coaches leaving from Victoria Coach Station, with two leaving every hour. The journey time is about 80 minutes so factor that in with an additional 20 minutes for traffic depending on the time leaving. Fares start from £15.

How To Get From Luton Airport To London

London To Luton By Train: Luton is served on the same route as Gatwick via Thameslink Line. From London Bridge or Blackfriar to Luton Airport Parkway. From Parkway you have to take the bus to the airport. The bus stops right outside the station and then stops outside the airport. Fares are £2.50 for the bus.

The train tickets for a single from London Bridge to Luton Airport Parkway start at £15.10. Again make sure to check there are no delays on Thameslink if so then you have an alternative route to take the Coach from Victoria Station to many of the airports.

This is only the last result if there are no trains. Allow plenty of time if using the coach due to London traffic.

London To Luton Airport By Coach: There are at least 3 coaches leaving Victoria Coach Station to Luton Airport. The journey takes 80 minutes and a single journey fare is from £10.

How To Get From Southend Airport To London

The slow trains are usually in the late night when transportation starts to shut down. Tickets from Liverpool Street Station to Southend cost £16.70 for a single journey.

How To Get To Kingscross St Pancras For Eurostar

If you are traveling to and from London to Paris, Amsterdam or Brussels, you may find it easier to travel by Eurostar. To get to Eurostar you can travel by underground or bus to get to Kings Cross or Euston its a quick walk to St Pancras teminal for Eurostar.

Eurostar is really easy to get to as there are many transport links and easily accessible via taxis, Uber and buses too. Just make sure you book your Eurostar tickets way in advance to save money vs cost of journeys by flight. 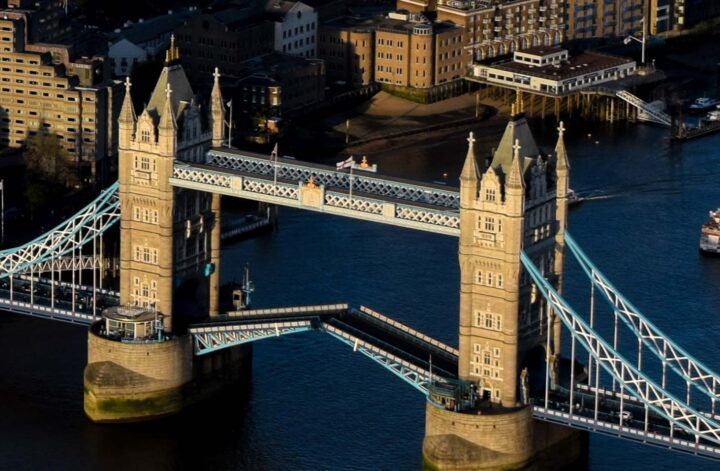 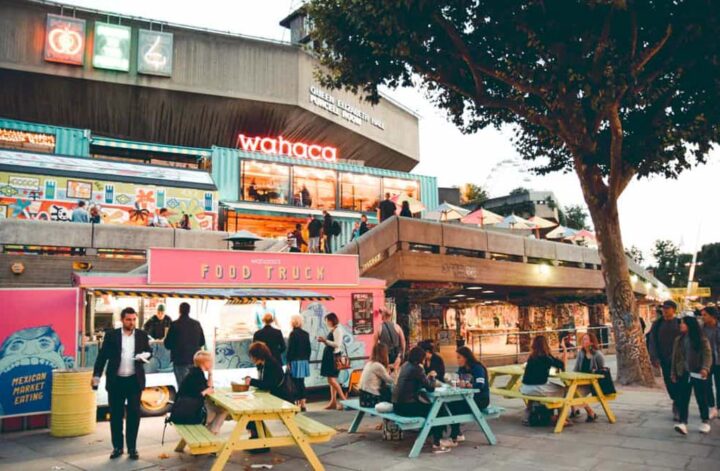 21 Free Things To Do In London UK

Westend Theatreland: Top 10 Best Shows In London To Check Out