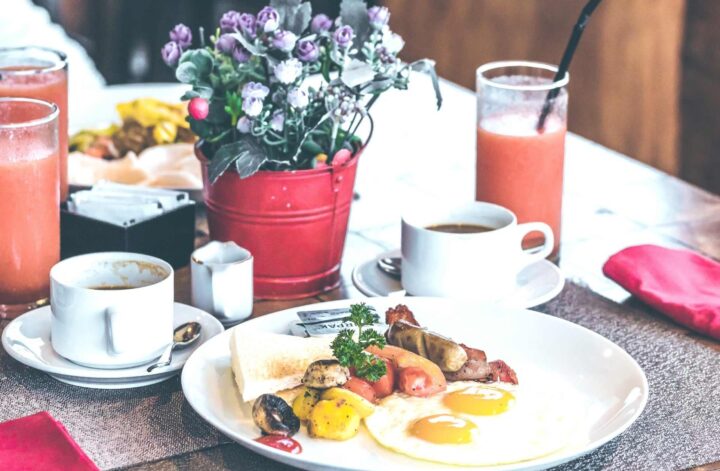 Soho serves as the physical and spiritual centre of London’s nightlife. This well-known party location, situated in the heart of London city, is renowned for organizing some wildest dance parties and heart-warming delicacies. Since Soho is one of London’s trendiest locations, it should be no surprise that many fantastic bottomless brunches are awaiting you and your friends to enjoy.

Whether you want heart-healthy brunch or looking for some antidote for a hangover, bottomless brunch in Soho serves the best suave& smothered tastes customized for your particular palate. Cheers to that! Check out our suggestions of the top Bottomless Brunch Soho in London to spice up your favorite morning meal with a side of booze. 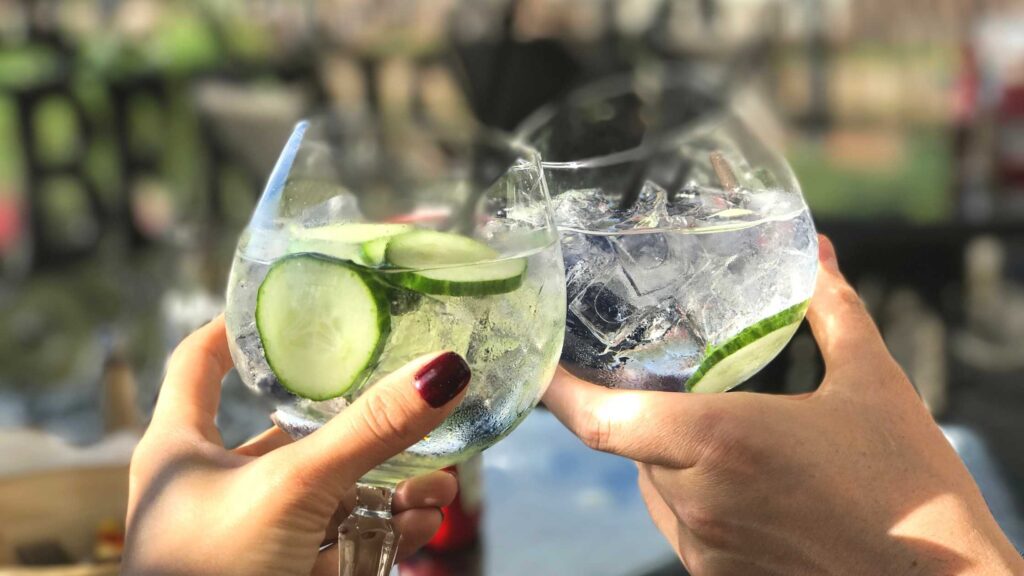 The Best Boozy Brunches In Soho

Heritage Soho promises a distinctive alpine dining experience with a modern touch. It is located in the centre of London, making it a stunning location to meet and celebrate in style. Serving delicious dishes, it preserves the alpine region’s traditional fare while incorporating elements of modern European cuisine.

It is also famous as the ideal gastronomic pairing for Soho’s streets. Here you can enjoy a three-course bottomless meal with alpine influence, which you can upgrade to include Moet champagne and truffle fondue.

Zebrano Bar Soho, which opened in 2008, located in the centre of Soho, is an innovative fusion of a trendy after-work cocktail bar. It is a stylish restaurant and a late-night party hub. Zebrano, located on the property that the legendary comedian Peter Cook formerly owned, was the centre of the mid-’60s comedy and music scenes.

The Soho Zebrano restaurant offers delicious food, beverages, and music in a setting that gives the good citizens of London the night they deserve. Live music, DJs, and after-work networking events are part of the weekly entertainment schedule here. 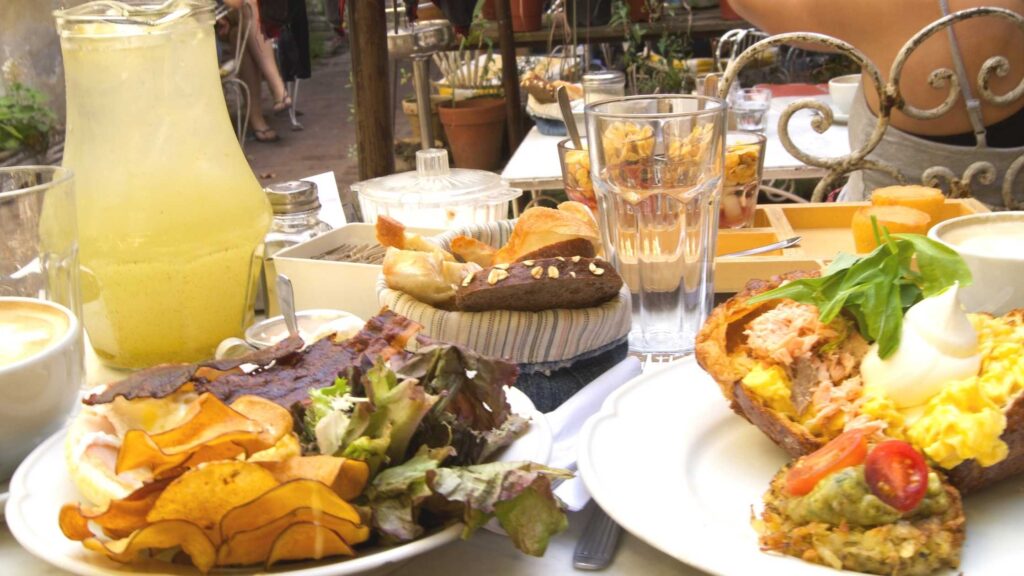 The wonderful Daisy Green collection, which includes venues spread over London, includes Scarlett Green. They are Australian-inspired, and the laid-back atmosphere makes you feel like you’re travelling to a pleasant, beachy place.

The Daisy Green collection introduces a laid-back, vibrant Australian coffee and cuisine culture to London. Simple, fresh ingredients from the Mediterranean are used in food with lots of flavors and textures from Asia. Scarlett Green furnishes a strong sense of quality, freshness, and simplicity that you can’t avoid noticing.

A post shared by Aussie cafes in London (@daisygreencollection) 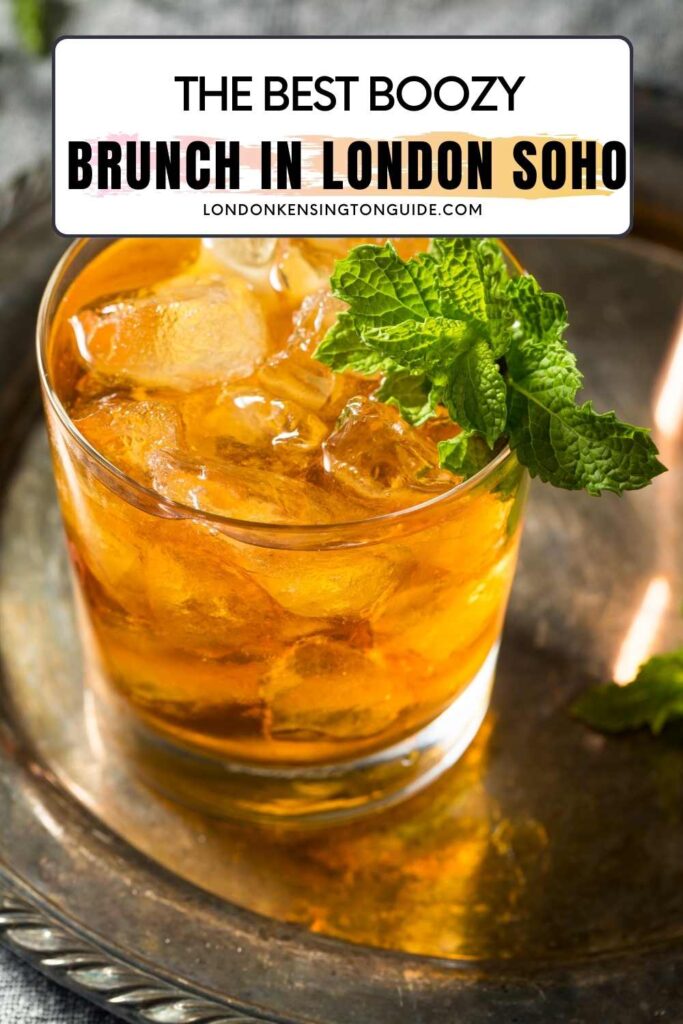 Perfect for lunch, dinner, or weekend brunch, the architecture of Dirty Bones Soho embraces the urban, creative, and youthful nature of Brooklyn, Bush wick, and Williamsburg while echoing the post-industrial chic style of New York City.

A hearty feast or a hangover can both benefit from the delicious comfort food on the menu at Dirty Bones Soho. Here, the emphasis is on delectable foods and novel combinations, like burgers topped with Mac and cheese or fried chicken, served with waffles and maple syrup.

This venue is known for Crazy by Nature, Chicken by Birth.

Absurd Bird is recognized for its additive-free chicken and other dishes in a bustling Deep South American restaurant with a moonshine-themed bar.

Combining the cherished elements of Soho, Old Compton Brasserie is ideal for all events, including pre-theatre dinners, private parties, and crazy brunches. Its seasonal menu takes on all the well-known favorites, from ham eggs & chips to eggs Benedict.

Other popular modern British dishes include pressed pork belly with colcannon mash and Bramley apple sauce, spatchcock chicken, and kedgeree scotch eggs with curried mayo. Here you can also enjoy a casual catch-up with friends over a few drinks and snacks.

For choosy Londoners searching for a fun party in a Soho bar that feels like a home away from home, Archer Street Soho is an experience, performance-based cocktail bar that provides the ideal setting. Two floors with antique chic elegance make up the Bar, which has a cocktail bar and a lounge with distinctive live entertainment. 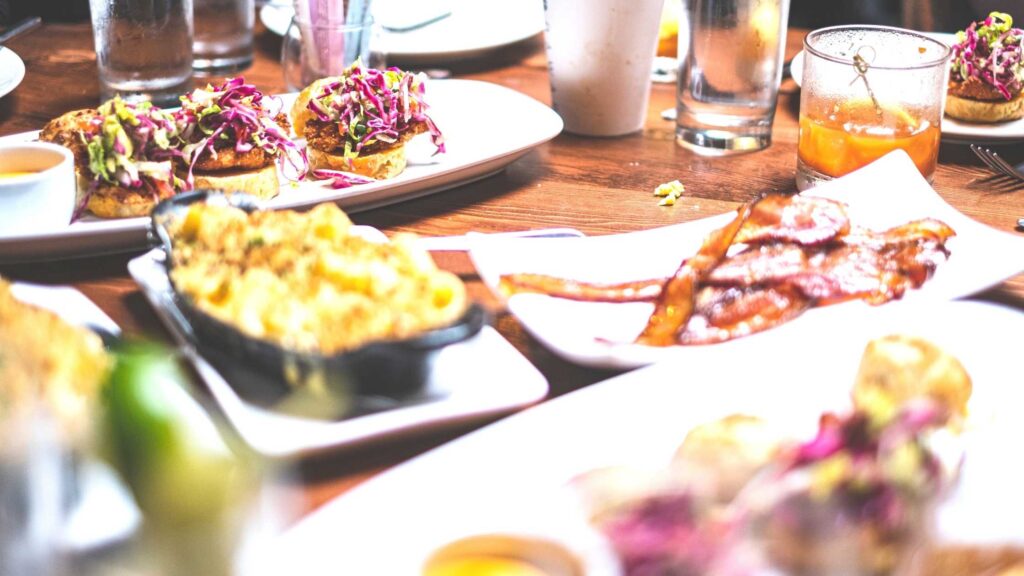 The best modern Korean restaurant in London, Jinjuu is one of the best Bottomless Brunch in Soho options. It serves a mix of both traditional and modern Korean street food. Tacos, bulgogi-style sliders, and delectable carnitas Fries, Sam sharing platters of succulent Bo Ssam pork belly, braised short Rib, grilled sea bass and, of course, the legendary Korean fried chicken, are some dishes that one can try here on different trips.

In addition to fried, rice, and griddled meals, dim sum is produced as tiny bite-sized foods that are perfectly steamed. The pleasure is in the sharing, which Ping Pong encourages, so it’s a great option for a quick, light lunch or a fun night out.

In the centre of Soho, Shackfuyu is a 70-seat, upcycled Japanese restaurant pop-up turned permanent that offers customers a fun and laid-back dining experience. A single ingredient-driven main dish and a small selection of appetizers are both offered by Shackfuyu. 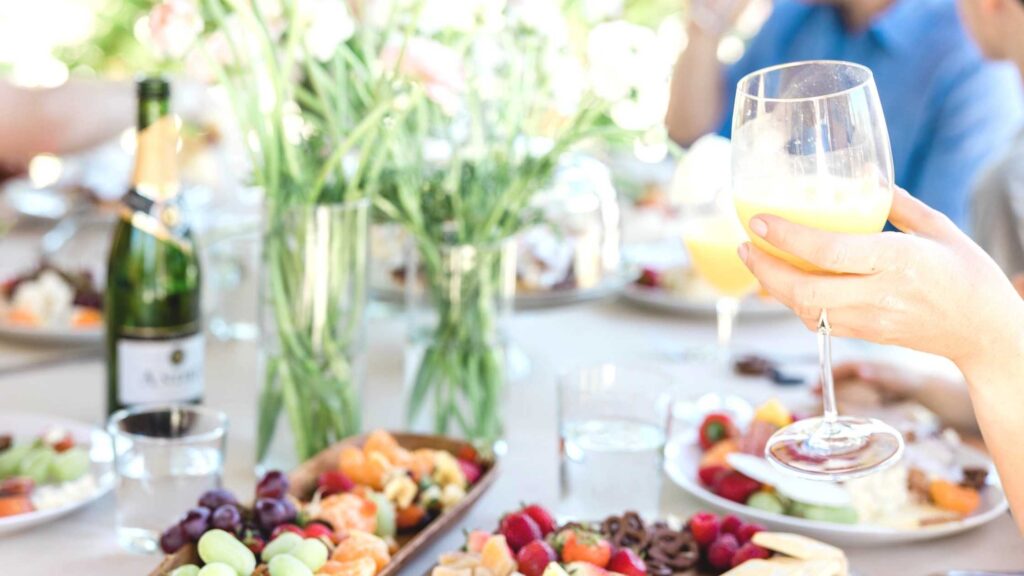 Time to Choose Your Slap-Up Breakfast in Soho

No matter what kind of eating experience you’re looking for, from upscale restaurants with stuffy white tablecloths to casual counter dining or a bistro-style atmosphere, Soho provides it with all. Because of the wide variety of options, you could eat out in Soho every night of the week and never grow tired.

Look at the best brunch restaurants in Soho on the map, which would you pick? 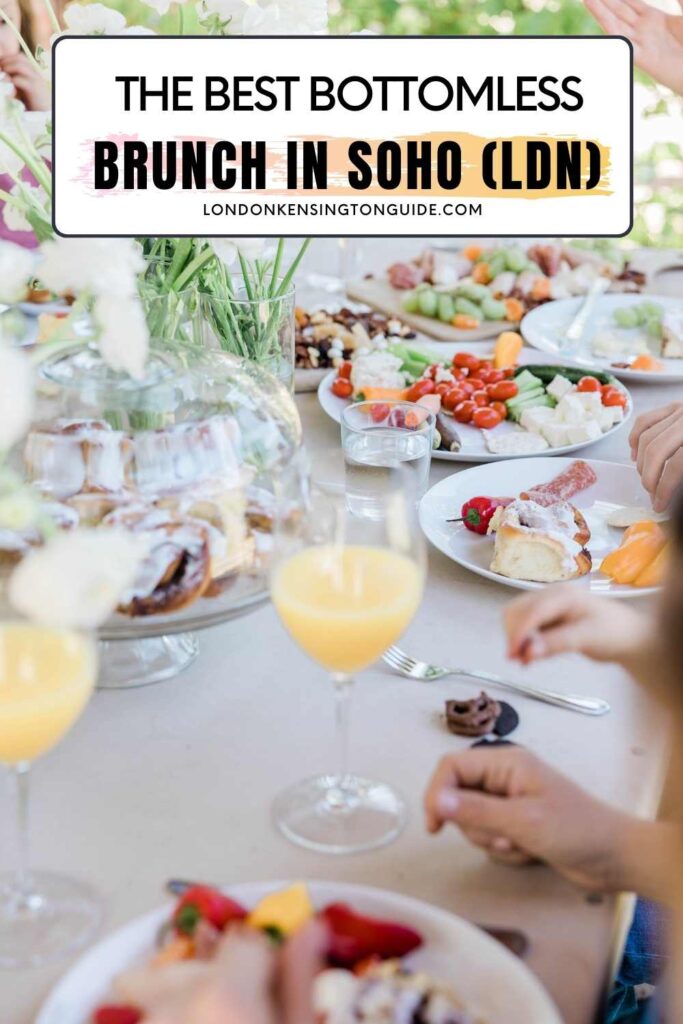 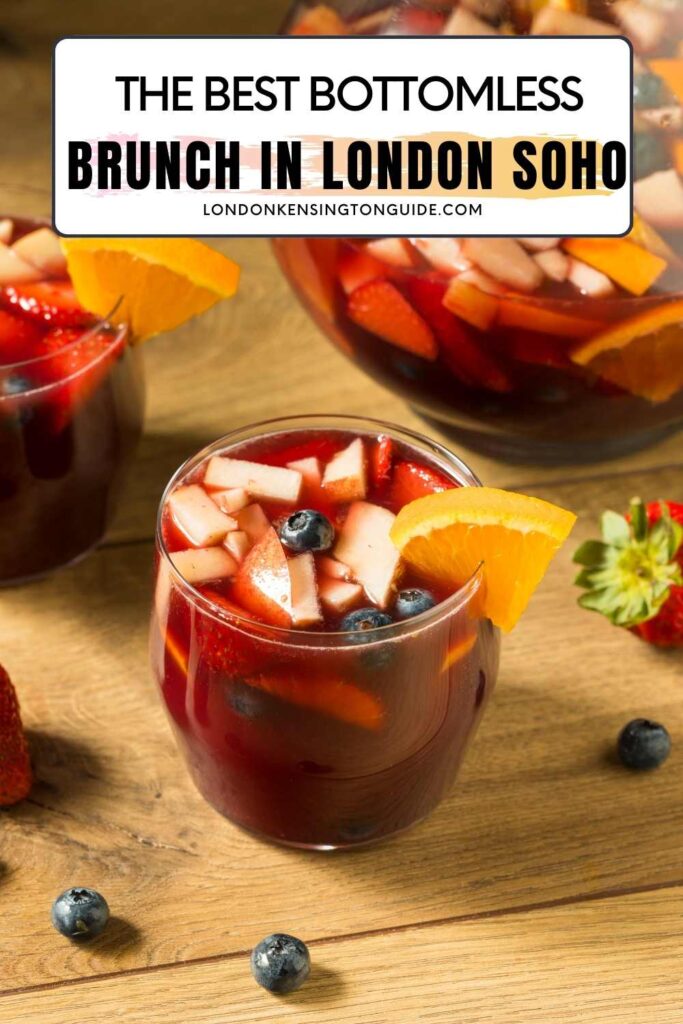 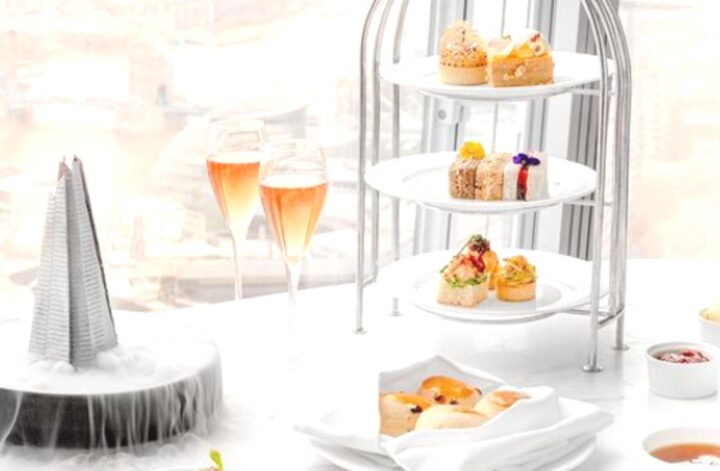 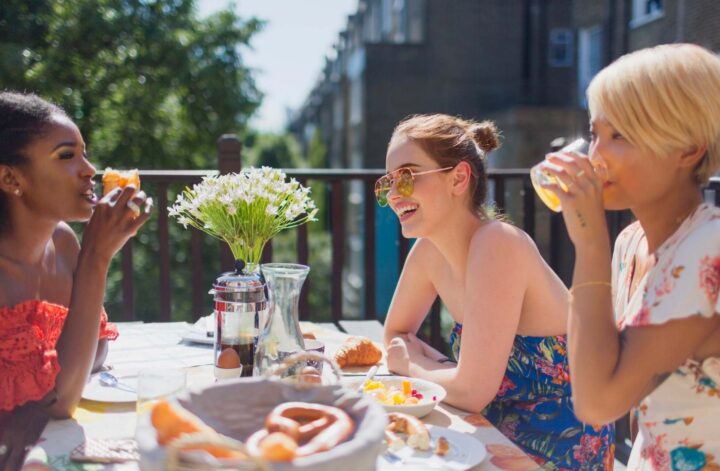